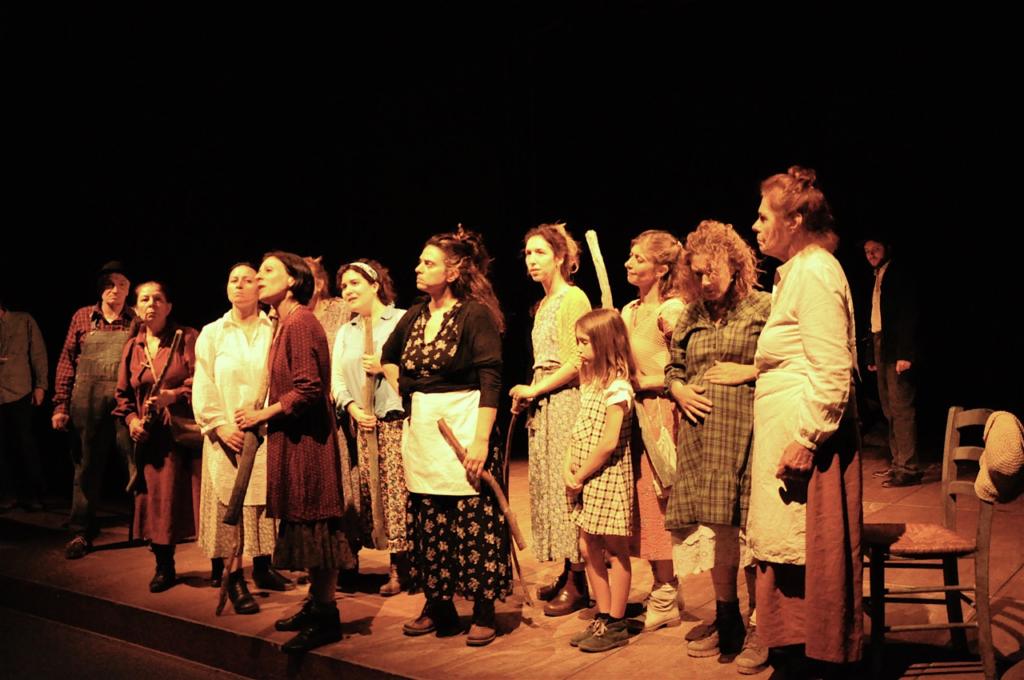 Furore by J. Steinbeck speaks of migrant people, a country brought to its knees by the economic crisis of 1929 in America, a country in misery, forced into mass exodus. Famine, drought, dust storms, the famous dust bowls – a real ecological disaster -, the farmers lose their land and their homes, their farms, driven away by the banks that want the land back by the sharecroppers because they no longer yield and need to be upgraded.

Furore speaks of the anger of an incompetent country, of the hunger, of the racism that migrants encounter in their exodus to the promised land, California, the white houses among the oranges… a dream that does not come true. But also of the possibility of solidarity and generosity that can be generated in situations of poverty. In Steinbeck emigration is all within America, but the analogies with the contemporary are evident, after eighty years the text is even more relevant than ever. 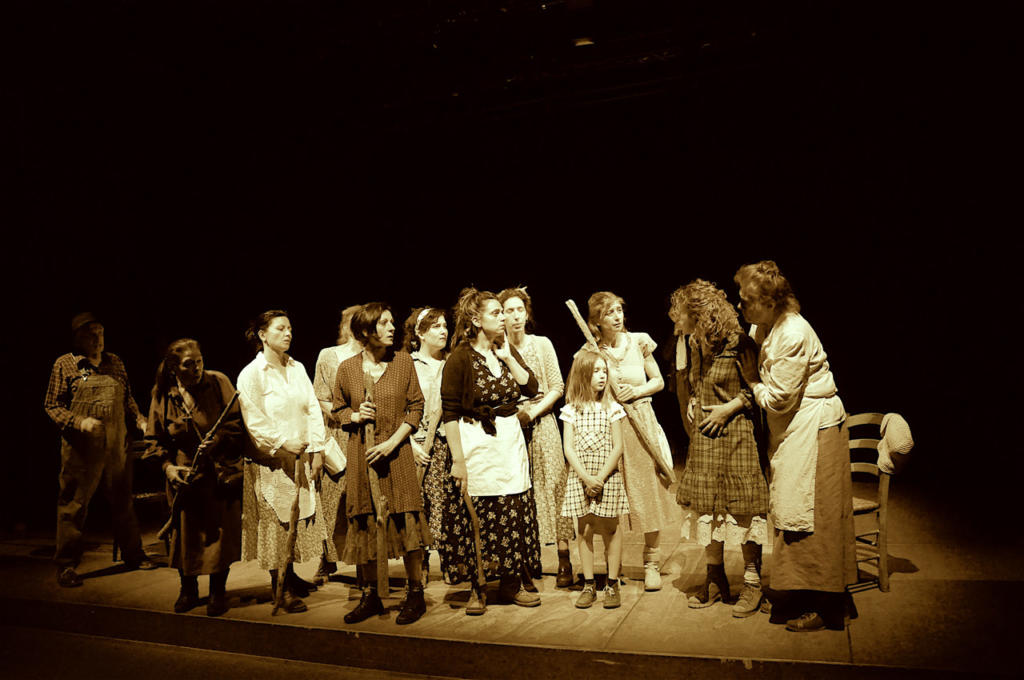 Our adaptation, Le Nomadi, is a show inspired by Furore, but the exodus here is of women, women who set out on a journey to reach their men, who have already left for the promised land, the West. A choral show with live music, guitar, banjo, voice, violin, music of the American oral tradition.

The old father of the Joad family remains, the head of a community that no longer knows what to do, where to go, but that is still a resistant community. And there remains the voice of Tom, Tom Joad, who with his passionate voice incites the revolt against the exploitation of corporals. Scenes of epic narration alternate with scenic actions that mark the stages of the journey, punctuated by moments of solidarity, conflict, mourning, explosions of joy and childhood memories. 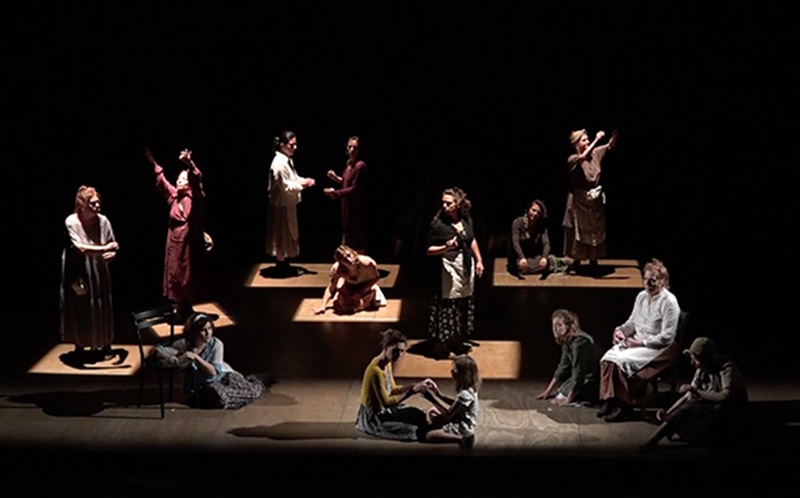 We would like to convey this, that humanity has always been on the move, migrations are inherent in the man who has always explored new lands, has always set out on a journey to escape hunger, war, economic crises, disease. To pretend to stop the great journey of man on this earth, which is the land of all, is stupid, impracticable, impossible. The monolithic or crystallized identity does not tell the real women and men and is condemned to extinction, if it wants to be the beginning of life identity can only be fluid and welcoming.

Music accompanies us throughout the show. The music of oral tradition is the deep music of a land and of those who live there in time. It is not granitic and monolithic, it is fluid, it welcomes the sounds of the communities that work, of their daily lives, of the abuses suffered, of the struggles, of the resistance. It is a music that invents, reinvents and builds identity, starting from the many voices, languages and cultures that build their own future and build the future of that land. In the show, music sustains hope, marks moments of crisis, enhances the passages.

Together with Fabio Traversa, we have curated dramaturgy and direction, a year-long journey with professional actors/actresses and student actors of the La Pietra Parla school. The scenic choice was to create a poignant contrast: the epic, Brechtian narration alternates with paintings of a daily life that the characters try to recreate, to reinvent even if thrown on the edge of a street. A daily life harassed by a journey full of difficulties and discomforts but chasing the star, the comet of a radiant perspective for its miserable life.

Future projects for 2020: new shows, a contemporary Alice, metropolitan, with two dancers; collaboration with local theaters; increase in the school of theater La Pietra Parla. The courses of the new year and a new adventure are about to start: 23-24 October h 19.30-22.30. www.lapietraparlateatro.it

We would like to leave to the public the invitation that Steinbeck gives, solidarity and welcome. Let us remember who we are, where we come from, what we also suffered, our grandparents, our ancestors, when they left for Europe and America as migrants. Let us not forget.

At the Central PrenesteTeatro, Via Alberto da Giussano 58