The strength of the interpretation of Melania Giglio rests on the foundations on two things: the first is the undisputed skill of the protagonist, both as a singer and as an actress. The second is the choice made not to want to imitate Edith Piaf, also because an imitation would have been wicked, in view of the greatness of the character. The story is an insight of the life of the artist, in a moment of complete decay, both physical and psychological, on the eve of his last exhibition at the Olympia. The director of the theatre, his old friend, played by the excellent Martino Duane, visits from the great singer with the intent of bringing her on the stage, also driven by personal interest, being on the verge of bankruptcy.

The rejection of her is also forced to reveal its economic problems and, as a conjurer takes out the doves from the cylinder, draws his dove that is the resounding “Non, je ne regrette rien”, the song in the text of the Piaf recognises itself and convinces her to accept the offer. In a little over an hour we retrace the triumphs and the defeats, both private and professional “sparrow”, seasoned with rawness, and a sense of humor. Some wonderful songs, which are part of the history of French music of the last century, are performed by the Giglio, which reveals the remarkable capacity voice, with great conviction interpretation. A must see, and it’s really a shame that the theatre is not packed in every seat. In the scene until the 3rd of February, deserves really attention and consideration 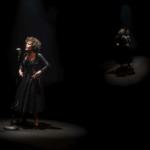 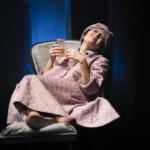 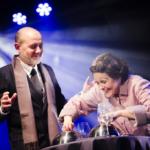 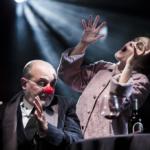 At the Teatro della Cometa in Rome