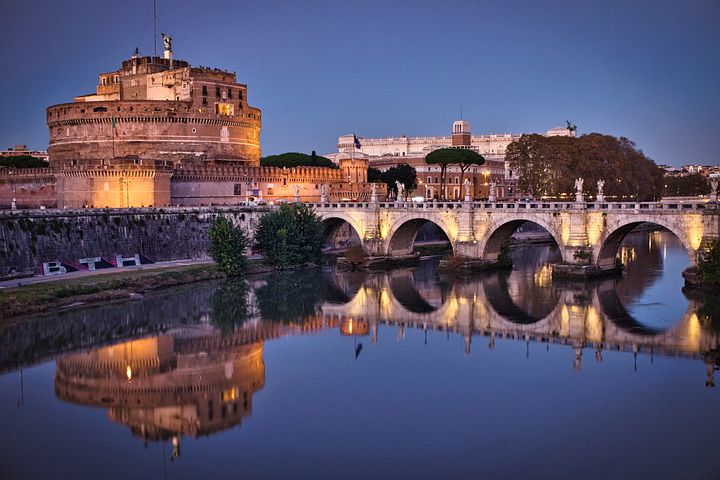 At the National Museum of Castel Sant’Angelo on 6 January at 17.00 the concert Khalab Live 4tet.

Last appointment for the second edition of Mirabilia of Music – Music opens the Museums, an emotional journey between art and music that the Directorate of the State Museums of the City of Rome, directed by Mariastella Margozzi, proposes to rewrite the geometry of places and give them a new look through the sounds of baroque, jazz or modern experimentation.
The exhibition Mirabilia of Music – Music opens the Museums is curated and organised by Anna Selvi of the Direzione Musei Statali della Città di Roma.

Through his project, Khalab promotes black jazz and Afro-American music, its infinite contaminations, influences and declinations, demonstrating a versatility that allows him to play on important jazz and electronic stages.

The basic line-up is a trio: in addition to Khalab – electronics, saxophonist and composer Pietro Santangelo (already with Nu Genea) and drummer Fabio Sasso – both musicians from the Hyperjazz stable, a label and creative factory led by Costantino himself. This concert also features Washington bassist Ameen Saleem, one of the most talented musicians on the international jazz scene and a member of the Roy Hargrove band.
Khalab is the stage name behind Raffaele Costantino, radio presenter for RAI Radio 2 (Musicalbox is one of the longest-running programmes on the RAI Radio schedule), author, consultant, musician and producer, music researcher and popularizer, cultural agitator. He has collaborated and continues to collaborate with international artists such as the Malian griot Baba Sissoko (Khalab & Baba, 2015 – winner of the “Track of The Year” award at the 2015 Worldwide Awards in London), contemporary icons of the new European jazz scene such as Moses Boyd and Shabaka Hutchings, the American poet Tenesha The Wordsmith, and the Spanish dancer and choreographer Rocío Molina.

From his study and research work carried out in the archives of the Royal Museum for Central Africa in Brussels, Black Noise 2084 – a concept album evoking a futuristic Afro-centric soundscape – was born in 2018. Acclaimed by international critics, it was among the records of the year for several industry media. After three sold-out reissues, BN2084 is considered one of the fundamental albums of contemporary jazz.
The recent M’berra, released in March 2021 by Peter Gabriel’s historic Real World Records, is the result of a trip to Mauritania: in 2017 Khalab was in fact invited by the Italian NGO Intersos to visit the M’berra refugee camp, on the border with Mali, to get to know the vast community of Tuareg musicians that populate it. After a series of sound and voice recordings, Khalab took the material with him, reworked it in his Rome studio and turned it into an album that has been an international success, already ready for reissue.

Admission to the concerts is allowed to visitors subject to availability and is included in the cost of the Museum ticket, which can be booked online at https://www.gebart.it/musei

Full price € 12
Reduced price € 2 for European citizens aged between 18 and 25.
Tickets can also be purchased directly at the box office