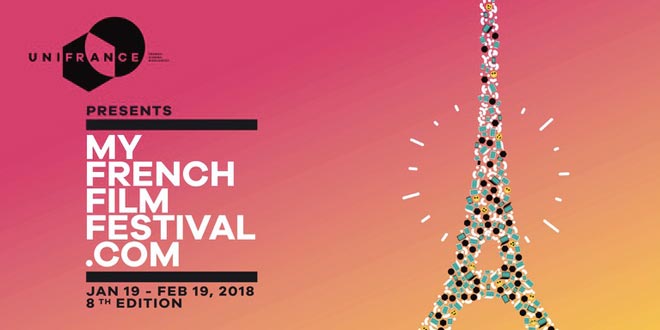 From 2018 18 January  to 18 February is online My French Film Festival 2018  with 10 films and as many short films for the 8th edition of the French film festival which takes place only on the web .

My French Film Festival is a movie festival dedicated to French cinema, available in 13 languages (including Italian). The 2018 official selection includes 10 feature films and 10 short films in competition, as well as 10 films out of competition. All films are in original version with subtitles in Italian made by the Institut Français Italia. 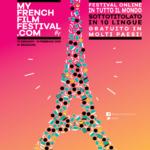 MyFrenchFilmFestival.com is a new concept that aims to make young French filmmakers discover and that allows Internet users from all over the world to share their love for French cinema. For its eighth edition, the festival returns with new films, new platforms partner and launch releases in the theaters of many countries.

The 2017 edition set a record with almost 7 million visions, this year in Italy the festival will be visible on the web platform Indiefilmchannel.tv, a website for all independent cinema lovers, born as a result of the cooperation between Romefilmmarket. com and the RIFF – Rome Independent Film Festival with the main international independent cinema events.

Films can also be viewed on the myFrenchFilmFestival.com website for all countries. The festival is also available on thirty other partner platforms, according to countries, including iTunes (90 countries).
Different film screenings will take place, during the festival, in same theatres in many cities. Information on places and times is available directly on the myFrenchFilmFestival.com website.

In this edition 30 unreleased films among 6 themes that should not be missed are the extravagant stories of WTF … rench! ?, the initiation trips of Hit the Road !, the transition from childhood to adulthood Teen Stories, the obsessions of the disturbing characters of French and the Furious, the love stories of Love «à la française», and finally a selection of innovative works in NewHorizons.

Three prizes to be won, including the one for the public that votes and comments on favorite films directly on the festival platform.

The shorts are free worldwide. While the rest of the films are free only in some countries like: Latin America, Russia, Poland, Romania, Africa and India.

For other countries the costs are:

Rent a feature film: 1.99 euros
Festival package: 7.99 euros for access to all the films available.

All information is on the web site  myfrenchfilmfestival.com. 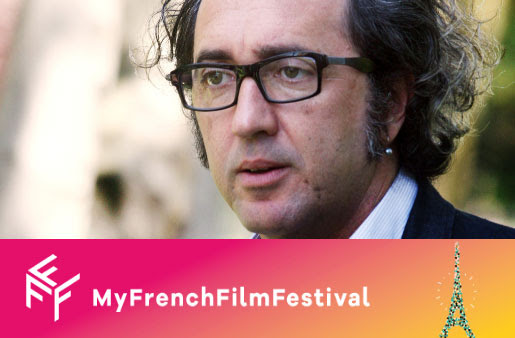 PAOLO SORRENTINO PRESIDENT OF THE JURY

Paolo Sorrentino presided over the jury of the 8th edition of MyFrenchFilmFestival, accompanied by Franco-Moroccan director Nabil Ayouch with the French Kim Chapiron and Julia Ducournau and the Filipino director Brillante Mendoza.

Among the titles in the competition we mention the law of the jungle by Antonin Peretjatko, Rock’n Rol by Guillaume Canet, Willy I by Ludovic Boukherma, Zoran Boukherma, Marielle Gautier and Hugo P. Thomas Deliziosa by Axel Courtière and Lazare by Tristan Lhomme, Ava di Léa Mysius, Crash Test Aglaé by Éric Gravel and Before the summer ends in Maryam Goormaghtigh, which will be presented out of competition, a Swiss film in partnership with Swiss Films and finally The summer film by Emmanuel Marre

Among the most popular titles we also mention “Teen” A wedding by Stephan Streker, Olivier Babinet’s Swagger, 1:54 by Yan England (out of competition, Canadian film in partnership with Telefilm Canada), Royal Hunt by Romane Gueret and Lise Akoka and La birth of a leader of Antoine de Bary.

The films with stories of redemption: In the forest of Gilles Marchand, The last Parisians of Hamé and Ékoué, The cameraman and the murderer of André Bonzel, Rémy Belvaux and Benoît Poelvoorde, Belgian film in partnership with Wallonie-Bruxelles Images WBI. And again Amami forever, for the pleasure of Holy Fatma, Death, Dad & Son by Denis Walgenwitz and Winshluss, The caress of Morgane Polanski. The film, out of competition, will open the festival.

A privileged place is certainly due to the love stories in the French style as Victoria by Justine Triet and, among the classics, François Truffaut’s last subway. Also forbidden to drown of Mélanie Laleu, Long live the Emperor! by Aude Léa Rapin, The taste of Vietnam by Pier-Luc Latulippe. The film will be presented out of competition. This is a Canadian film in partnership with Telefilm Canada. Among the classics out of competition also A summer dress by François Ozon.

Films considered as the new horizons of French cinema and filmmakers open to experimentation with narrative means are present in the competition. These include Planet by Momoko Seto, Phallaina by Marietta Ren and Wei or die by Simon Bouisson.