Not Forgotten the artistic project not to forget Campo Testaccio, the field of Rome, what once was there in the district of Testaccio, near Monte dei cocci. 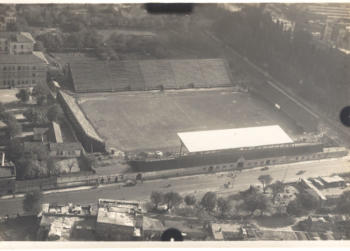 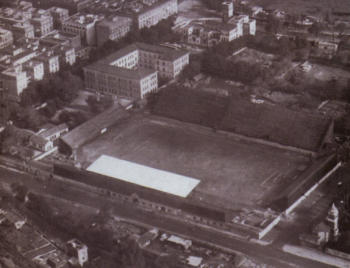 An historic field dedicated to the Giallorossi, the historic stadium of AS Roma, and now left to abandonment, in an unfinished drawing of parking in Via Zabaglia.

Hence the work of Forgotten Project: offering new life to the abandoned sports facility, and rehabilitating the value of Campo Testaccio with art, and turning the gaze back to that place-no place in the city thanks to the work of the street artist Lucy McLauchlan  for the first time in Italy.

So from May 23 the British artist has given new life to the wall of the stadium, mixing the “colors of soccer balls – the white and black that has always characterized his works, the Giallorossi of the wall and the team here he played from 1929 to 1940 “. 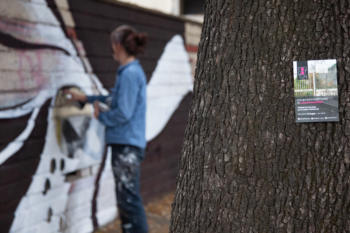 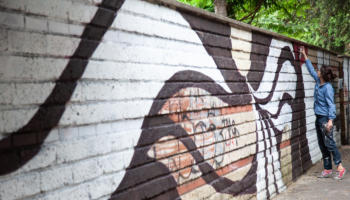 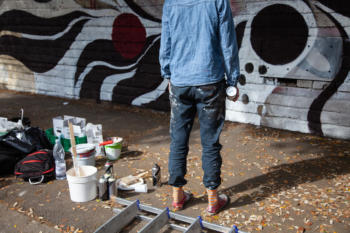 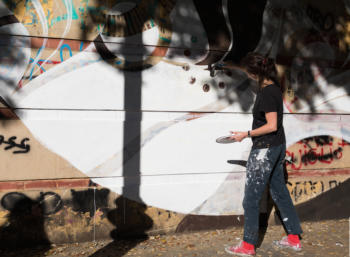 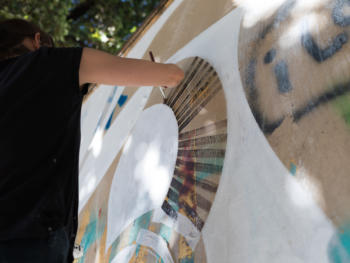 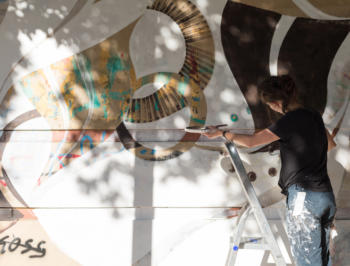 A new look, not to forget those places that had a social and active appeal, for the city and the neighborhood. In memory of a time that was, but also a way to restore value to those places in the capital that once had a purpose, or ideally were projected towards a future of sharing the city space.

Still art as an initiative to turn the gaze towards these places. “So many are the striking cases of forgotten sports facilities: from the” Shark’s Fin “by the Archistar Santiago Calatrava and his unfinished Olympic complex in Tor Vergata, to the Flaminio Stadium and the former Velodrome just to mention the most talked about examples . Alongside these, even some small neighborhood structures share the same destiny “- as highlighted by Forgotten Project, the project born in 2015. Now in its second edition Forgotten Project chooses to intervene on a building emblem of the category, deepening its architectural and anthropological aspects and social issues around it.

L’opera di Lucy McLauchlan’s work was also brought to paper, with a limited edition series of serigraphs by the artist. The serigraphs available on the www.forgottenproject.it website will help finance the project. The project was promoted by Absolut Vodka, which supports the Forgotten Project and has always been close to the art world as a creative tool to improve urban spaces. For several years it has been supporting the works in the Testaccio district, as well as in 2010 at the entrance of the former slaughterhouse with the monumental work of Ron English’s “Guernica”. 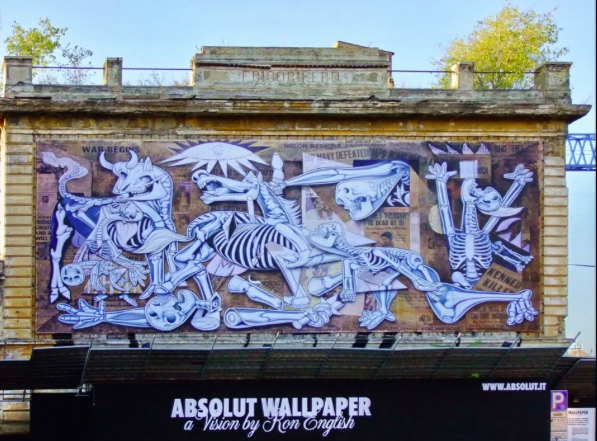 “Not Forgotten” images by Stefano Corso and Zaira Biagini.