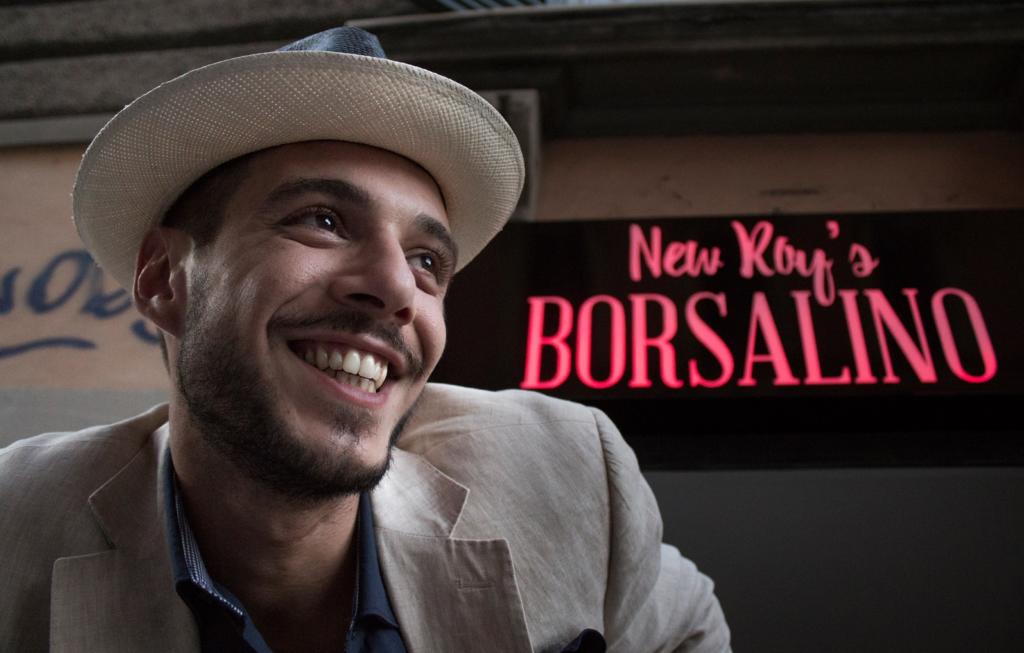 “Borsalino” is the title of the new single and video clip by Roman musician Ras Mat-I, available from Tuesday 20 October in all digital platforms. Ras Mat-I, Matteo Rocca’s stage name, has thus dedicated a song to the legendary hat, combining these passions of his: the musical world and the aesthetics of the “fedora” hat, best exemplified by those of Borsalino.

But why dedicate a song to hats? Let’s start from the assumption -explains the artist- that this is a timeless myth and an icon of style, associated over the years with film stars such as Humphrey Bogart, Alain Delon, Marcello Mastroianni, Federico Fellini and, in music, one of all, Michael Jackson. The artist cannot help but wear these hats during his concerts, as they are a concentration of style and refinement, but also a symbol of belonging. It doesn’t matter if you are a rocker or a rapper, if you were born in the late 1800s or live in the ’00s, it is as if everyone who comes into contact with the Borsalino world is tacitly part of a sort of sect of elegance.

The musical atmosphere brings back the Latin and Caribbean sounds that, through reggaeton, accompany this musical period together with the trap sounds, but with that “Italian style” aesthetic touch that finally makes these products unique and characterizes their charm. In the text as in the music, their deeds are told with a light and cheerful spirit. Among the syncopated rhythms of reggaeton and dancehall I accompany the listener into a colourful and imaginative world. The production of Raina (Villa Ada Posse) and Boot Loop is combined with the strophes and choruses throughout the song. To accompany the single there is also a video clip made by Maleta Production, where the protagonist, played by Ras Mat-I, symbolizes a “normal” boy. But the moment he puts on his hat he is transported to a new world, made of everything he can find space in his imagination and how far the music can take him. Choreography and dancers, vintage cars and all the ingredients to celebrate and enhance this legend of style and elegance. 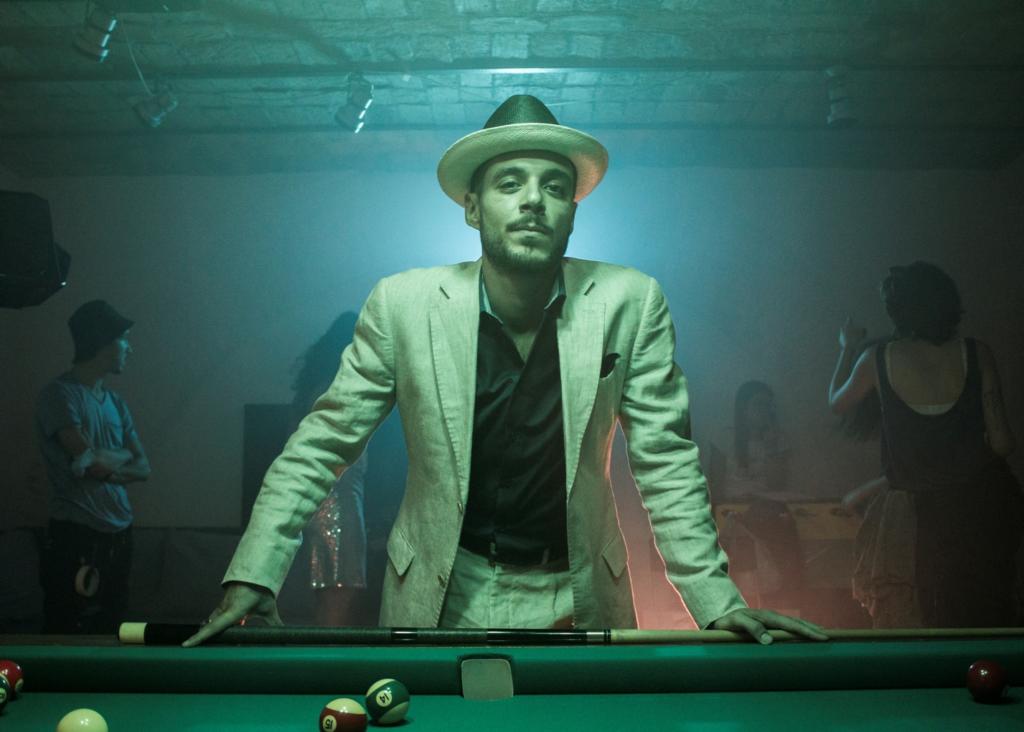 Hi Matteo, how did you get the idea to dedicate a song to a hat?
Let’s say that the idea of dedicating a song to a hat was born much more spontaneously than one could imagine. It was the first of May last year, I was in the car with Raina, the producer of the instrumental for “Borsalino”, and we were going to Perugia for a date. While he was making me listen to his new productions, the time came for this one, which for me already sounded like a hit from the base, and the first thing I had to hum was “gimme Borsalino, want a Borsalino”. There was really little to do, we had already understood that as soon as we got back to Rome we would have to record it immediately.

For those who don’t know you, it would almost seem like an advertisement, but we know your passion in this sense…
Surely we are in a historical period in which the world of fashion has mixed a lot with that of art. We now hear the names of haute couture brands in many songs of various musical genres, but very often they sound almost more like an advertising stunt in my opinion, and not for the potential of those same brands to promote the artists who name them, but for the ability of those famous brands to make them feel the same and immediately tune the artists with anyone who listens to their song, recognizing themselves in the same style. Well, I don’t think this is the case with “Borsalino”. My goal was to pay homage to an accessory that is now rare, out of these times, but certainly “timeless” and almost mythological in 2020. I am absolutely biased since over the years I have collected about twenty of them in any material and colour, and I love to wear them in any situation, especially on a stage during live performances, but the truth is that you would meet me in the supermarket with a Borsalino.

If the Borsalino company proposed you to become their testimonial, would you do it?
If it happened, I certainly wouldn’t ask twice. The funny thing is that when I called them to present this song and the project with the video, I told them that I would also gladly work as a salesman for them.

For your video you chose an old hat shop in the centre of the capital for your video, how was this experience?
The search for the location wasn’t exactly an easy thing. This troubled year caused many to reject us for fear of the covid, of course. At that point, we realised that it would be much easier to have our own location to work in a serene way for the filming of the video. So, sticking to the idea of the shop, we decided to recreate our own in a place in Trastevere, enriched with an original external sign that could give it a more realistic look.

What is there of Rome in your music and in the lyrics of your last single?
Rome is my city, and not only that. It’s a place with a classic, ancient, but not old taste. It gives you cultural roots of a certain depth, and you always carry them with you. This is the reason why the streets of Rome could not miss in the video clip of “Borsalino”. The lyrics of the song are in English and speak more about beaches and margaritas, certainly not the image one has of this city, but the mix of hat, vintage car, and Rome itself, I think it was the best way to represent what you really wanted to communicate.

How do you see the music scene in Rome?
It’s certainly true that the Roman music scene has unfortunately lagged a little behind other scenes and other cities, but I also think it holds up proudly and even on a certain level. In the last few years it is also true that there are less and less stages, there is a lack of places, and you have to know how to make more and more use of the few opportunities that are created, but I think that wherever you are at the moment, and especially in times of loneliness like these, music will always remain hope and will be the last to die.

What live music venues do you usually frequent in Rome?
Since I was a teenager I always preferred the social centres, reggae music, the vibes of those places. I also like to go and see concerts of rappers and current singers, or something softer like good jazz in the clubs. As long as there is music, good music.

What projects do you have in the pipeline now?
This year I have to say that although bad for art in general, it’s been very productive for me. I’ve certainly had time to write, record, and create new things, and I have ready not one, but two whole albums, of different genres and absolutely different sensations. In one of these two there is the single just released “Borsalino”, and the rest I can’t wait to let you listen to it. 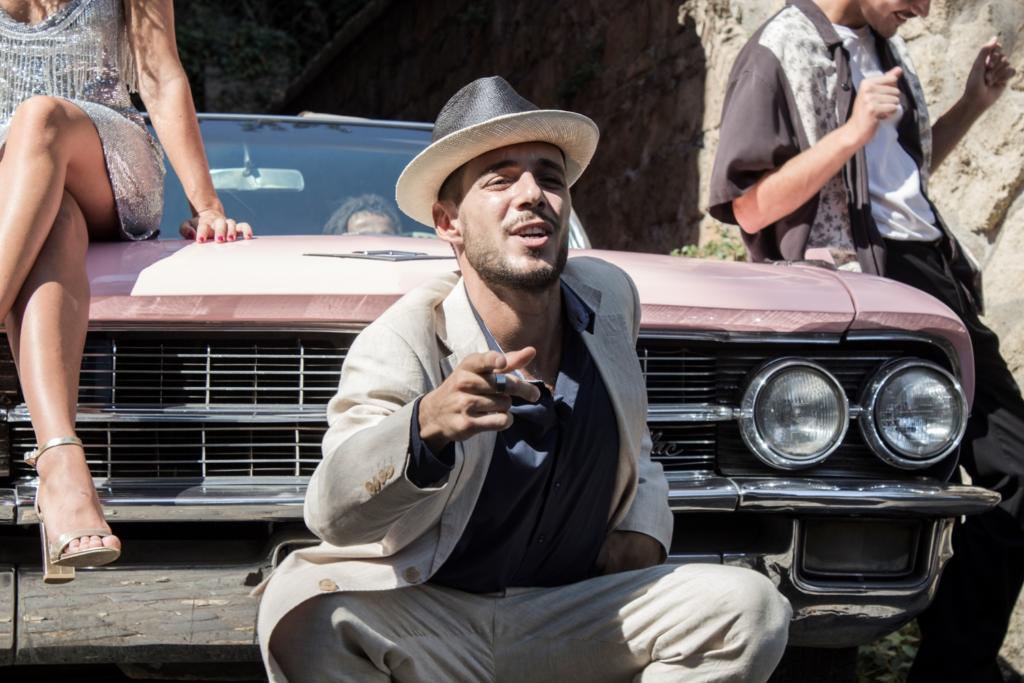