THE NEW SUMMER FESTIVAL ARRIVES IN THE ITALIAN CAPITAL:

FOR THE FIRST TIME THE PUBLIC WILL ASSIST ON FOOT 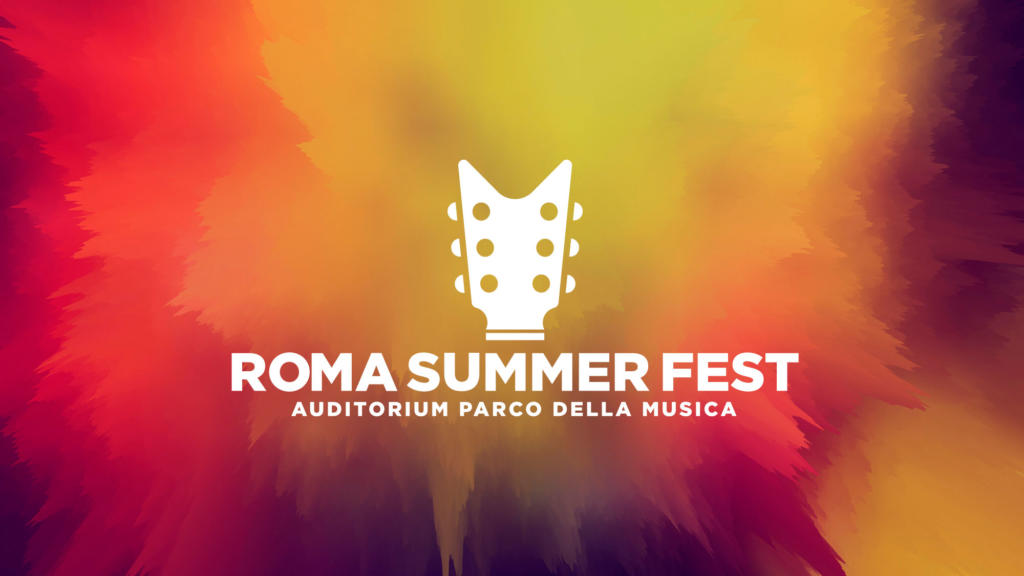 The great party of the Roman music scene

With the concert of the Arctic Monkeys will open officially on May 26 the new Festival of Music Foundation for Rome from the contemporary and global name: ROMA SUMMER FEST.

The summer season of concerts in the Auditorium Parco della Musica this year for the first time will begin almost a month before and last more than two months with about 40 concerts of all musical genres: rock, pop, jazz, classical, world music and shows.

With this festival Rome officially becomes the capital par excellence of international music and the auditorium of the Auditorium Parco della Musica is a unique venue in the world for the number of concerts hosted in the summer and above all the quality of the artistic proposals. Also for the first time in the history of the Parco della Musica it will be possible to attend 9 rock and pop concerts standing in the cavea parterre (Arctic Monkeys, Noel Gallagher, Snarky Puppy, Hollywood Vampires, Alanis Morissette, Franz Ferdinand / Mogwai, Steven Tyler, Baustelle, Bandabardò) giving the opportunity then to a part of the public more wild dancing and moving. At the moment there are 35 confirmed dates but many others will be added in the next few hours so as to compose the longest festival produced by the Music Foundation for Rome, unique in length and genre in Italy and Europe.

Numerous international stars are guests of this first edition:

It starts with a double date of the Arctic Monkeys (26 and 27 May), the band that revolutionized contemporary rock, to continue with the icon artist who combines rock and political commitment Patti Smith (June 10), with the singer and guitarist English former leader of Oasis Noel Gallagher and his High Flying Birds (June 22) and again with the great return Laura Pergolizzi in art LP (June 26), this time for a first special date of the Italian tour, which will be attended by Tom Walker . One of the most important bands in the world, Simple Minds, will be in cavea on July 3, but there will also be a timeless rock star like Ringo Starr (July 11), while among the legends of progressive rock, Jethro Tull (July 19) ), will celebrate their fifty years of career and the King Crimson will make a double date on 22 and 23 July. On July 27, another living icon, Steven Tyler, will play with the Nashville band The Loving Mary. A welcome return is to Sting (July 28) who will also play some of his latest album with Shaggy. Great expectation for the Hollywood Vampires (July 8), the group led by Alice Cooper and which includes – among others – the movie star Johnny Depp and the leading guitarist of Aerosmith Joe Perry. And for those who love songwriting come to the Roma Summer Fest one of the most popular contemporary singer-songwriters Alanis Morissette (July 9) and the lion of the Brazilian song Caetano Veloso (July 21). And do not miss a unique and exclusive event: the double concert with the Mogwai and Franz Ferdinand (10 July). He will close the longest season of all time David Crosby (September 13) in concert with five exceptional talented friends like James Raymond, MaiAgan, Steve DiStanislao, Jeff Pevar and Michelle Willis.

For Italian music after the two-day appointment with the Roman scene of Retape (2 and 3 June), an extraordinary appointment with the surreal energy of the farewell concert by Elio and le Storie Tese (14 June). Luca Barbarossa (June 29) presents the new project that is part of the Roman music, anticipated by the song Passame er sale presented at Sanremo. We continue with Ambrogio Sparagna and his unfailing show BALLO! (June 28) and in July Francesco De Gregori (July 6) is coming, starting from Rome his new summer tour, Alex Britti (July 13th) and finally the return of the Baustelle (July 31st) and the summer final with Bandabardò (1 August) rock and folk group.

But above all on 2 and 3 June there will be a double special evening of Retape, the review that the Fondazione Musica per Roma has been dedicating for two years to the emerging Roman music scene. Protagonists Saturday 2: Luca D’Aversa, Mirkoeilcane, Leo Pari, Filippo Gatti, Rho, Germanò, Il Grido, Amir, Frontal Assaults, Cor Veleno, Garçon Fatal, Bombay. Sunday 3: Artù, Lillo and I Vagabondi, Los3Saltos, Ardecore, The Niro, Orchestraccia, Piotta, Bamboo, Mésa, Giuda.

The great jazz in cavea

Also this summer the public will be able to listen to the best of contemporary jazz: among the first names announced the pianist Chick Corea (July 14) this time in Rome with the Akoustic Band that brings together his dearest companions and longtime brothers, bassist John Patitucci and drummer Dave Weckl; Stefano Bollani (July 16), who after the great success of Carioca in 2007, returns to his great love for Brazilian sounds with Que Bom, Pat Metheny (July 20) flanked by the faithful drummer Antonio Sanchez, Malaysian bassist Linda May Han Oh and by the British pianist Gwilym Simcock. Special date of the Roma Jazz Festival and unique Italian date on July 7 with Snarky Puppy, the most acclaimed American underground band of the last few years founded by Michael League and already winner of Grammy Awards.

Among the shows, the double date of the nowadays battlefield of the Auditorium Parco della Musica, Gigi Proietti (20 and 23 June) which reaches the thirtieth replica, the appointment with the original formation of the Orchestraccia (17 June), Roman folk-rock traveling group composed of singers and actors and the ninth edition of Ballo! (28th June), original project by Ambrogio Sparagna with the participation of the Italian Popular Orchestra of the Auditorium Parco della Musica, the Choir of the White Voices, the Popular Choir directed by Anna Rita Colaianni and the groups of popular dancers coordinated by Francesca Trenta. This year’s guests include La Pizzica di San Vito dei Normanni and Toni Esposito.

The appointments with the National Academy of Santa Cecilia

Four appointments with the National Academy of Santa Cecilia. UpBeat! (5 July) is the show-concert of Igudesman & Joo, the duo of Anglo-Saxon musicians who with their virtuosity propose a crazy and fun musical journey that explores every musical genre imaginable. Together with this exceptional duo, the Orchestra of the National Academy of Santa Cecilia and Stefano Bollani, for the occasion guest of honor. Ezio Bosso returns with the Orchestra of the Academy of Santa Cecilia with a program called Nuovi Mondi (12 July), in which Bosso will direct his Symphony n. 1 “Oceans” and the Symphony n. 9 “From the new world” of Dvořák. Soloist the first cello of the Accademia di Santa Cecilia Orchestra, Luigi Piovano. Back a classic beloved by the public, Carmina Burana by Carl Orff, 24 tracks with lyrics in Latin will be performed by the Choir, White Voices, Soloists and Percussions of the National Academy of Santa Cecilia conducted by Ciro Visco (July 18). The last event (26th July) will feature the exuberant young Georgian pianist Khatia Buniatishvili, queen not only of the world stage but also of the web, where she is depopulated with millions of views. Directed by Yu Long will perform the Concerto for piano and orchestra n. 1 from Tchaikovsky.

With the Orchestra of the National Academy of Santa Cecilia

Orchestra of the National Academy of Santa Cecilia

Symphony n. 1 “Oceans” and the Symphony n. 9 “From the new world of Dvořák

Chorus, White Voices, Soloists and Percussions of the National Academy of Santa Cecilia

Orchestra of the National Academy of Santa Cecilia

Concert for piano and orchestra n. 1 from Tchaikovsky