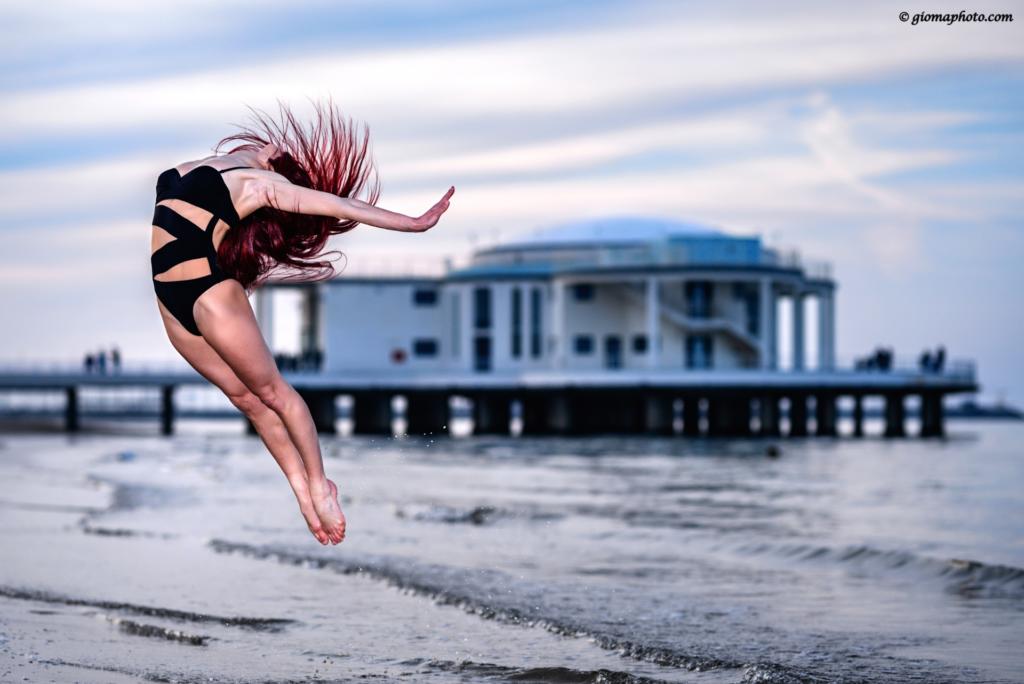 Senigallia (AN). With summer finally arriving, today’s goal for the “Italia in Danza” column brings me to a seaside town in the province of Ancona, the beautiful Senigallia, one of the main tourist resorts in the Marche region that attracts visitors from all over the world. Italy and Europe, also thanks to the famous “velvet beach” (“Spiaggia di Velluto”).

With me on this photographic journey the talented Laura Giacomini, excellent dancer and dance teacher, but above all a great professional and a dear friend; I owe her a special and cumulative thanks for all the beautiful photo shoots we have done together, from Florence to Bologna, passing through Senigallia too. 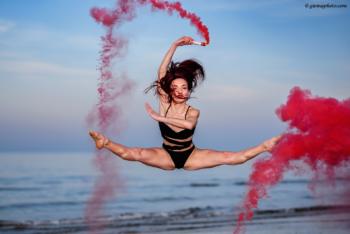 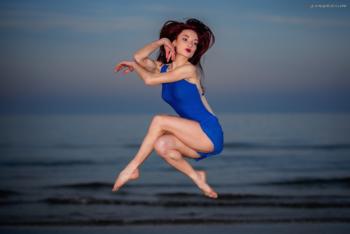 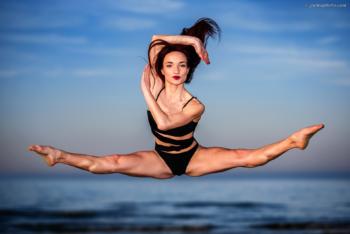 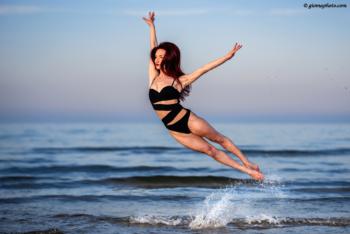 The name Senigallia comes from the ancient “Sena Gallica” (Old Gallia), in homage to the Gallic tribe of the Senones who founded it towards the end of the 4th century BC. and it was also for this reason known as the capital of the Gauls in Italy. 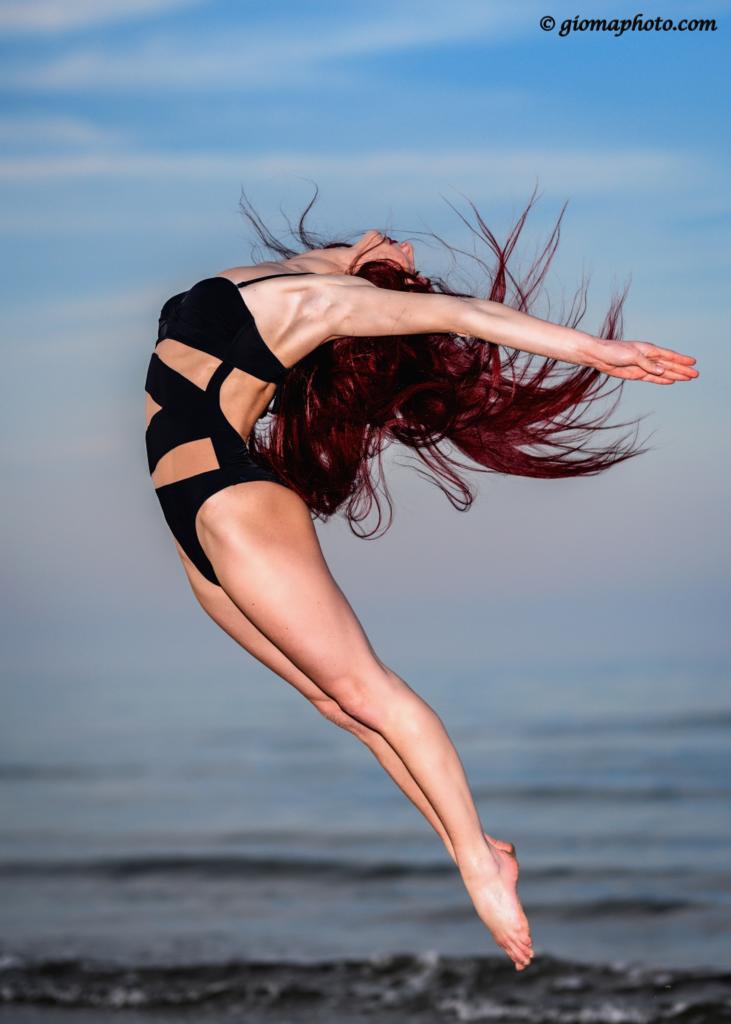 The point of greatest interest and certainly the most popular is the Rotonda sul mare, a fascinating and elegant building similar in shape to a shell and with the foundations immersed in the sea, just like the ancient stilts, capable of becoming a true symbol of the city .
During the Second World War the Rotunda was used as a military warehouse, but once the conflict was over, especially in the fifties and sixties, it returned to being at the center of worldliness, attracting numerous artists of Italian pop music. Many believe that the Senigallia Rotunda inspired the text of the famous song “Una rotonda sul mare“, sung by Fred Bongusto. To date, especially during the summer, there are various exhibitions and conferences of various kinds, if desired it is also possible to celebrate the marriage ceremony according to the civil ceremony.

Another of the most interesting points is certainly the Rocca di Senigallia, also known as the Rocca Roveresca di Senigallia, taking its name from the initial client, about 1500, Giovanni Della Rovere, at that time lord of the city. The residence building was later used as a penal house and even today the testimonies of the prisoners are preserved through writings and drawings on the walls, later it was rented to the Sisters of the Protectorate of St. Joseph who made it a shelter for abandoned childhood, also hosting war orphans, children of prisoners, etc. 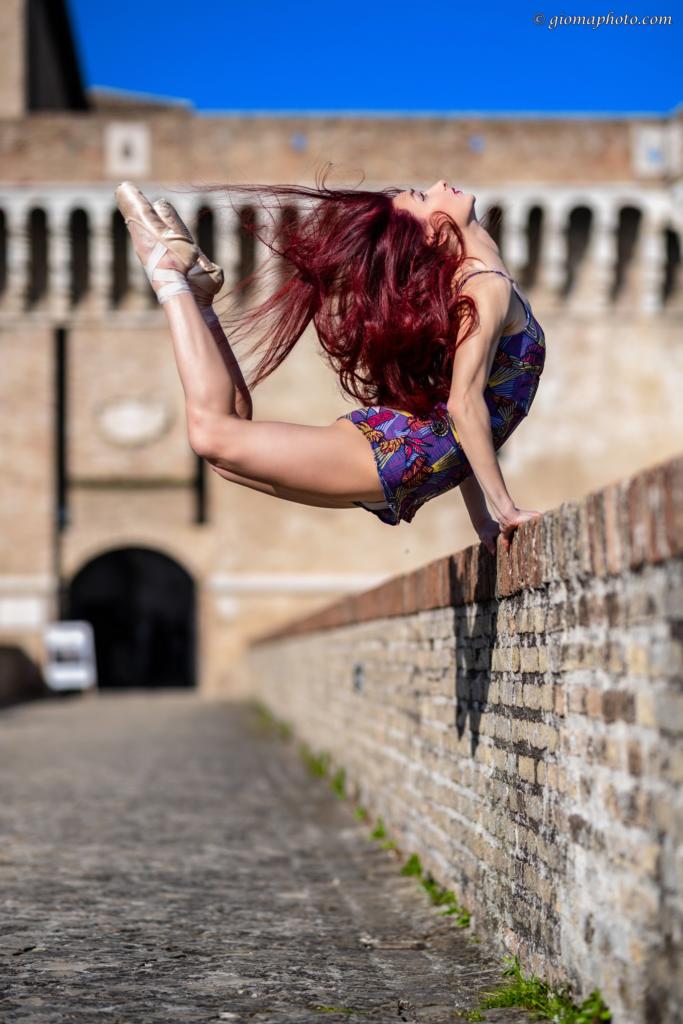 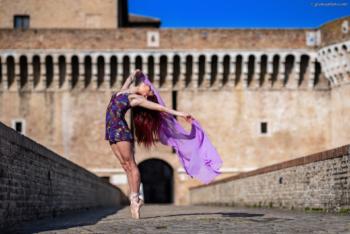 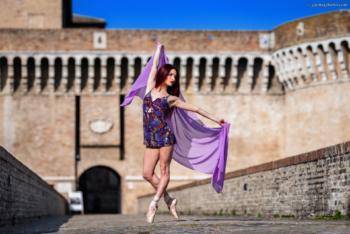 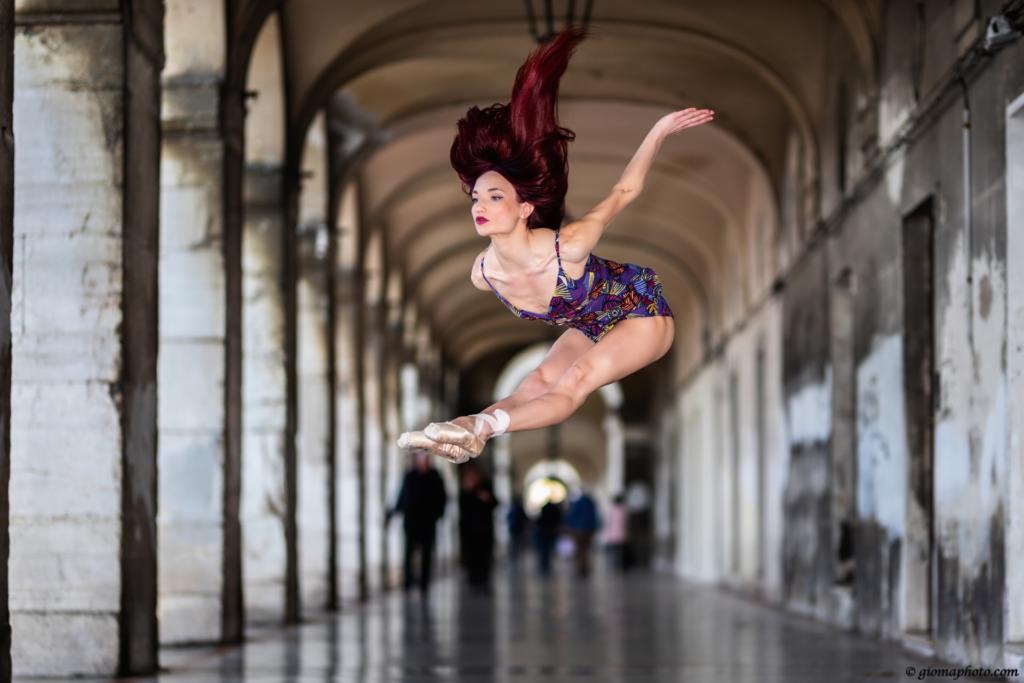 A special mention also goes to the Teatro la Fenice, rebuilt from its ashes after a fire (hence the choice of the name), where during the reconstruction works an entire archaeological area was discovered, the intersection of two of the main roads of the Sena Roman Gaul. The modern theater was then built on the street level and below the space for the La Fenice Archaeological Area, where the finds discovered during the works are displayed outdoors. 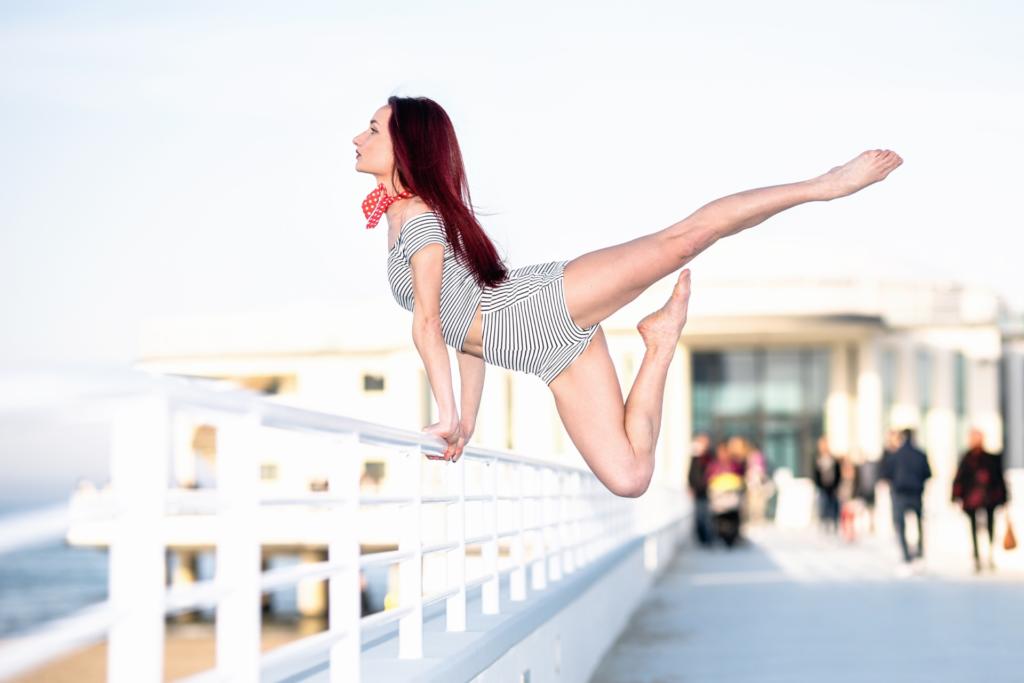 Senigallia is really a beautiful town, the old town, the fortress, the houses and the internal streets have an antique flavor, but at the same time welcoming with lots of shops and delicacies of all kinds, if you have not yet decided where to spend your summer vacation. To make us a little thought, it’s worth it. 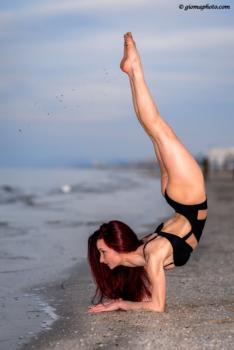 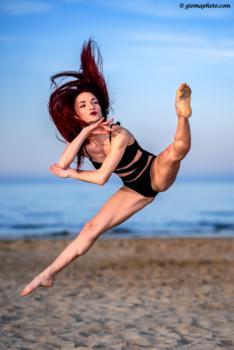 Giovanni Malandrino is a freelance professional photographer, specialized in urban dance photography. Based in Milan and Novara, for his photographs he likes to move to different cities to combine the elegance of the poses in the ballet with the wonders of our beautiful Italy.

If I had to choose a sentence to represent my photographs I would have no doubt starting from this quote. This is the starting point because once the perfect moment has been created, photography can make it eternal and make it live every time we observe it.
And these moments have to be shared because the art can not remain closed in a room or a computer, but must be free to be observed by anyone who can appreciate the elegance of the shapes and colors.
Photography is a great love for me, born about twenty years ago and as many fans I started participating in numerous courses and workshops in particular of portrait, fashion, fashion.
Before finding my way, I collaborated in the creation of photographic services in the field of fashion, but I felt that something was missing, in particular a blank sheet where you could create freely without constraints and predefined schemes and then lightning stroke, when photographing the my first dance essay I felt the possibility of creating art in movement with every shot. And where to better highlight the elegance of the poses if not putting them in contrast with the road, with normal everyday life?
This is how my personal way of creating art was born, which I hope will inspire in you a great part of the emotions that I feel every time I shoot a single photograph, a bit like a painter who paints his canvas.
A special thanks to my family who has always supported me in all my bizarre photographic adventures and all the talented dancers who have worked with me and with whom we created a wonderful friendship that goes far beyond the work. In fact, looking at the photographs you would not say, but a photo session in urban dance is very challenging, often in difficult weather conditions, walking for hours in search of the right background combined with the best light, in short, almost always ends exhausted, even if happy with the result.