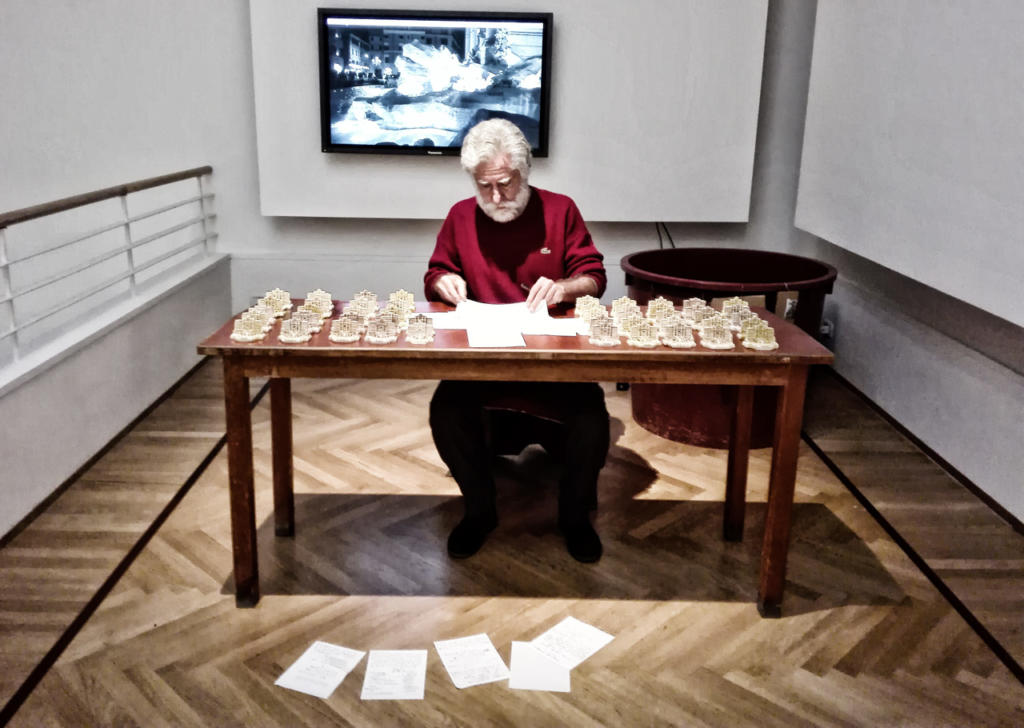 You can breathe a different air these days at the National Gallery of Modern Art in Rome, seems to dive into the past like a journey … a friendly air, social, free, happy and full of hope … artists that come and go, intellectual, curious, all for the project: 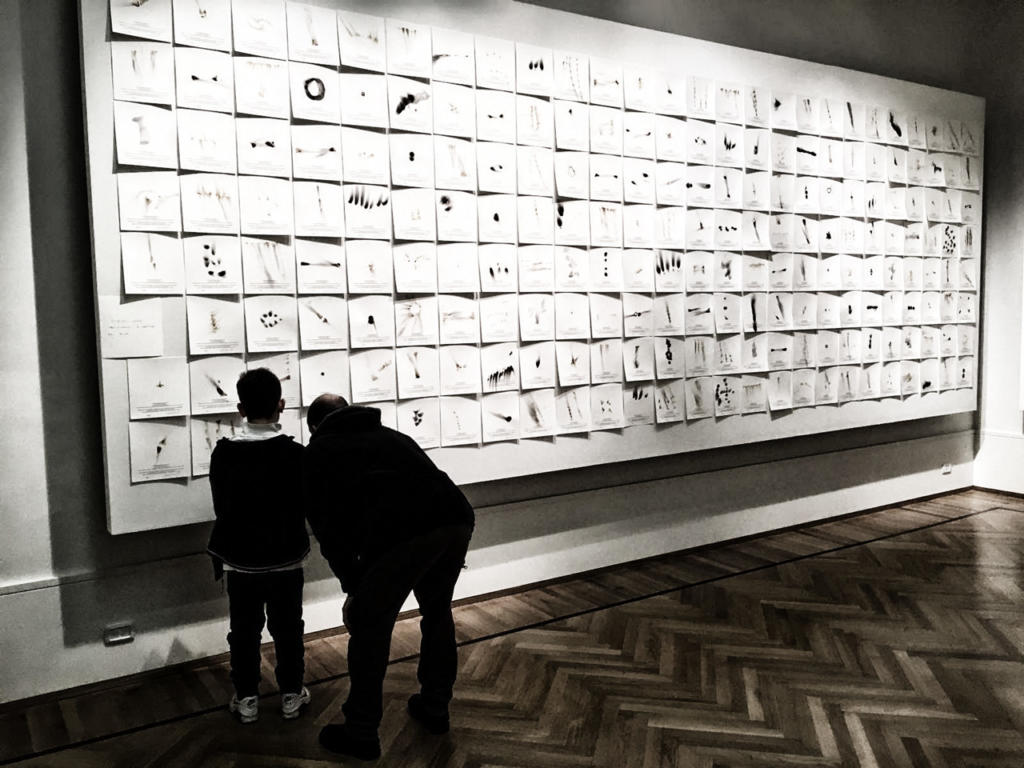 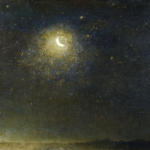 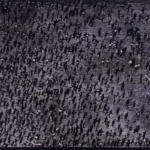 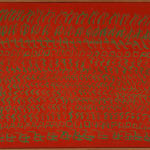 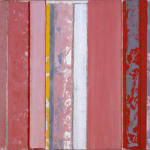 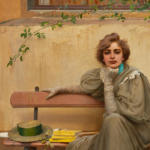 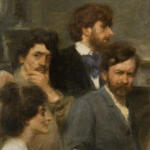 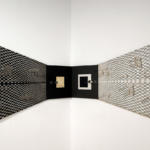 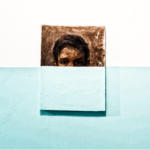 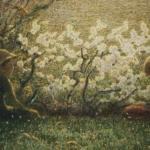 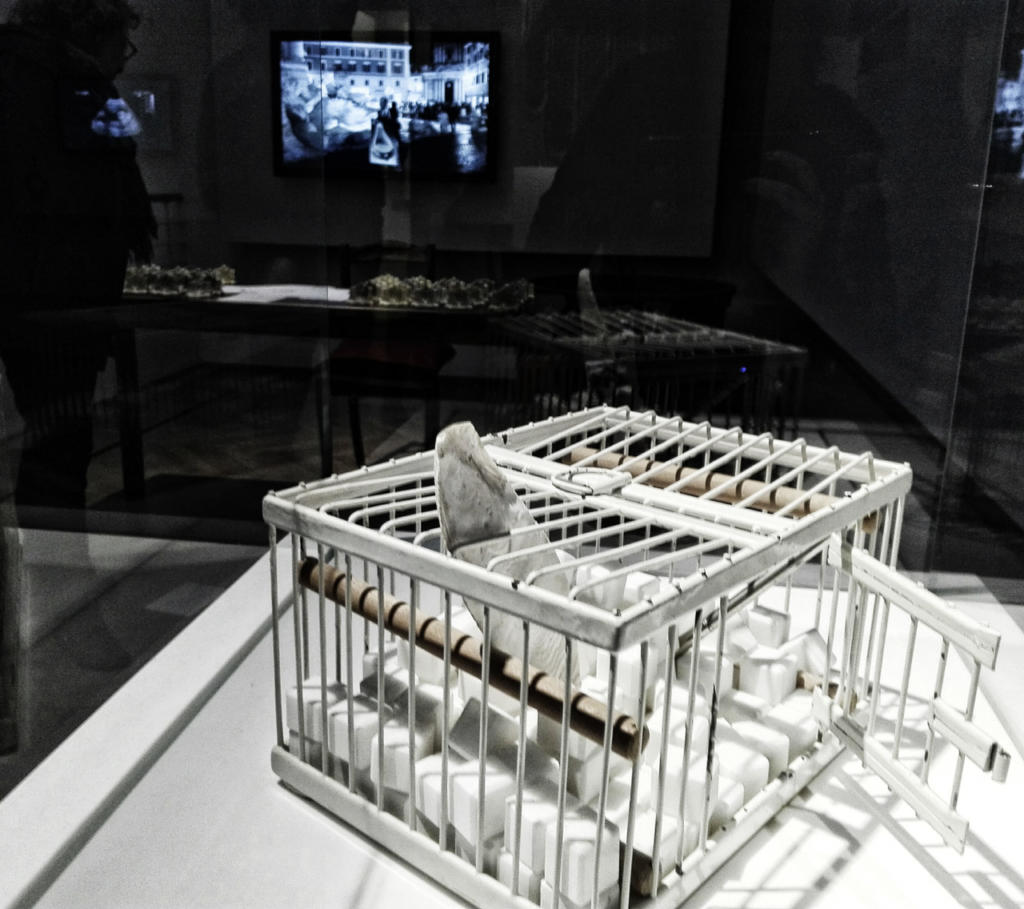 Everyone has had a particular vision of installation work done randomly inspired artist master who is close to him, then we remain interested in the representation of several points of view at the same time and the description of Art today, we can break down into many points of view and at different times but without compare them by force. 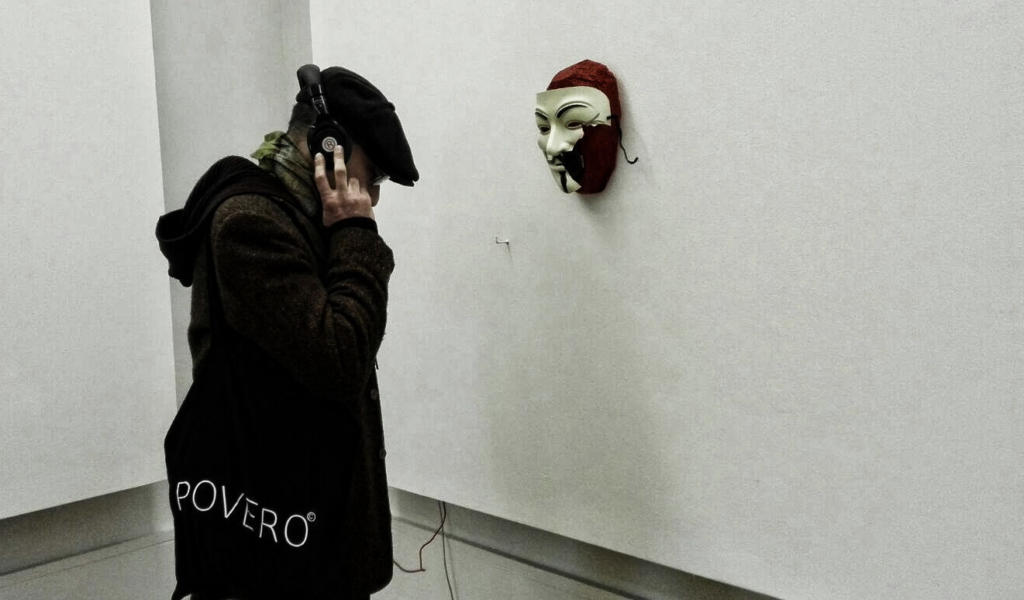 What more appropriate phrase Duchamp: “We want to bring the art to the service of the mind, then forward the ideas” and I would add, not only making the visibility. This exhibition is a great comparison, full of ideas and common dialogues between past and present, to tap into that past that has made history and look at a future with fewer constraints. 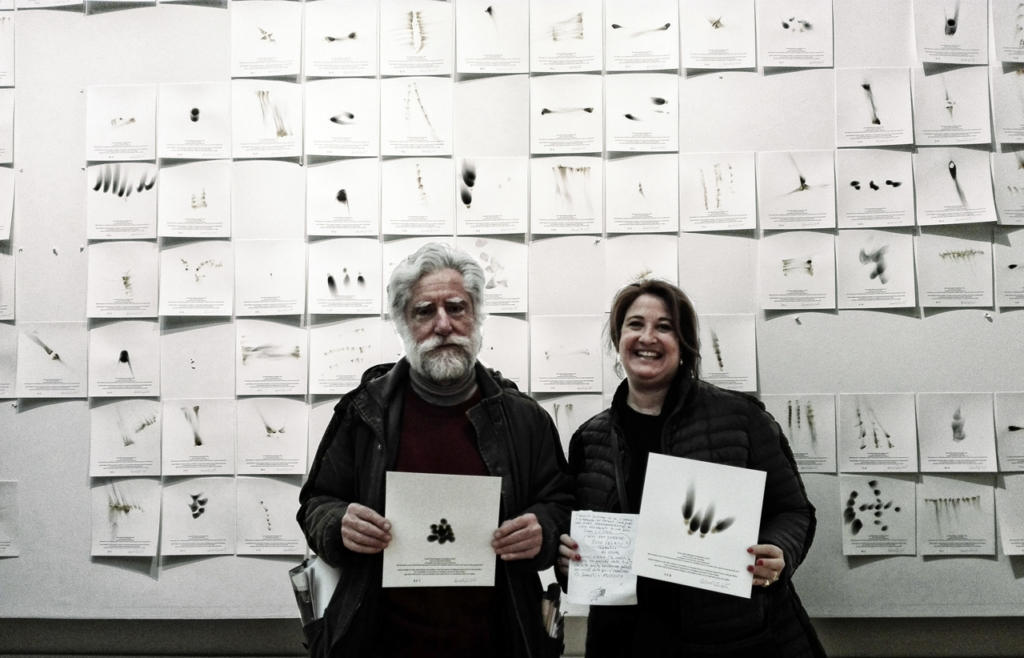 Interview with Andrea Lanini – Artist represented in the exhibition:

1) Active participation in this project what brought you here?

I had the pleasure to work with Cesare Pietroiusti in the past on several occasions, even with interventions performative-educational and it was he who suggested the participation in Sensitive City, something which of course I am very happy. 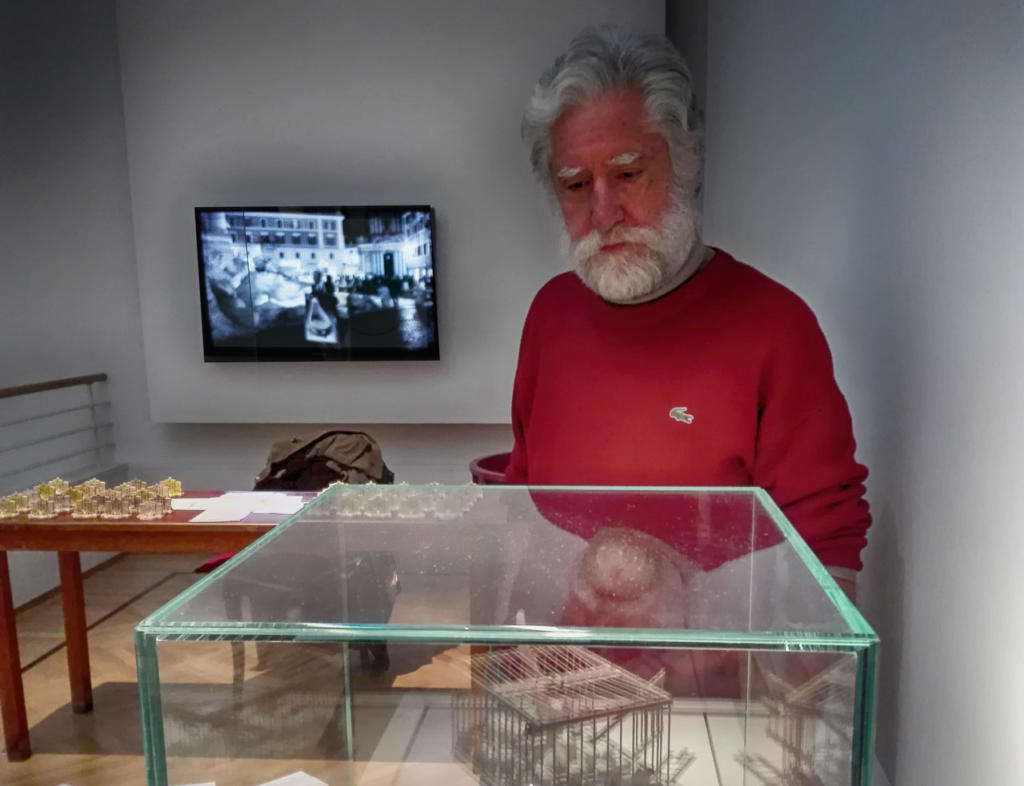 2) Andrea Lanini tell us about yourself and your installation

For many years I devote myself to an artistic work that has to do with the city, the relationship with the public and an idea of ​​art work a little ‘different from the traditional collecting and museum. My installation is affected by this reconnecting experience in Rome, to the life that I have spent in this city, to a common cultural heritage as the cinema and the ability to interact directly with the public, with his sensitivity, his memories, his curiosity .

3) What did you feel being here and in relation with the public?

It is for me a very unusual situation, where the construction of an installation constructed and composite, through objects located in the gallery, includes between objects even myself. With the public I feel, a bit ‘immodestly, as the holy painting of an altarpiece that at some point you begin to have a chat with the faithful. 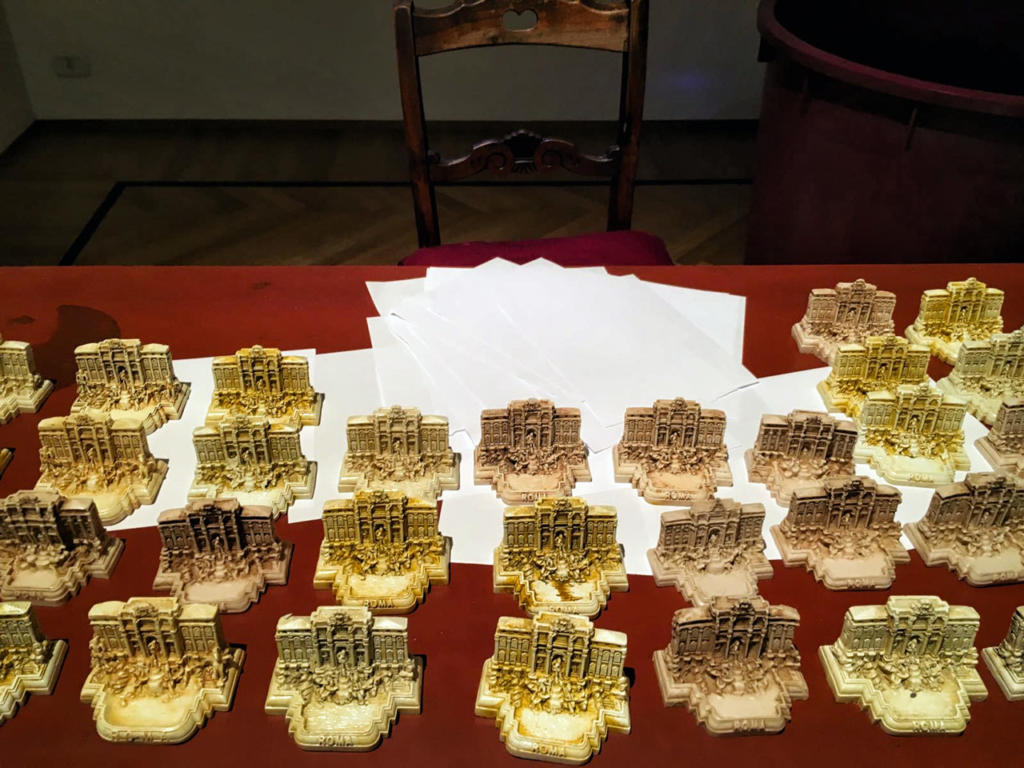 4) Do you have exhibited here by chance next to Duchamp’s work … .Rrose Sélavy … I would say nothing is by chance! You?

For the truth it was not too casual. The editors knew the title and the underlying motives of this work regarding the existing neighborhood, at least in my imagination (an idea very dear to me) between the sweet life of Fellini and the pseudonym that the French artist chose itself in the twenties. In fact it is with this name that Duchamp signed the present work on display here: Why not sneeze, Rrose Sélavy? 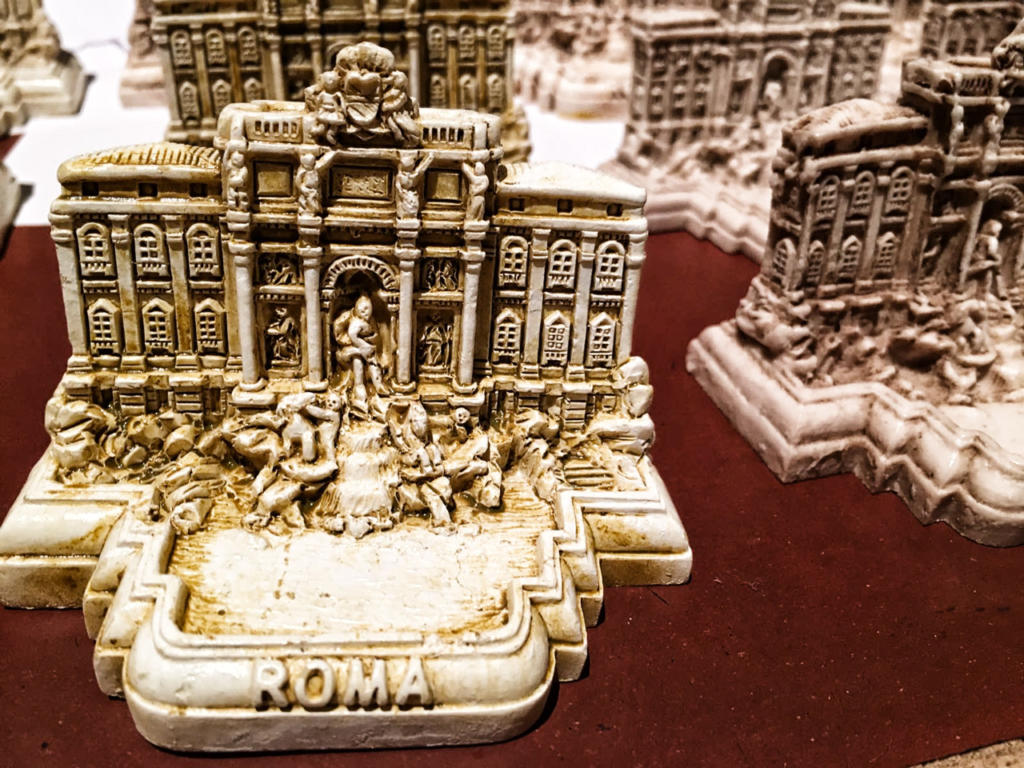 5) Just Duchamp said: “I was interested in ideas not only visual products.” So today, let’s talk with you…

In fact, this component “antiretinica” of thought and art of Duchamp helped define the character of conceptual art, which originated in the United States, where the French artist was known to be highly present. It is a character who then scored much of the next artistic production and that interests me a lot, although I retain a passionate love and therefore not be suppressed for the retinal art, Duchamp abandoned at a young age. Maybe that’s why it is present in this work the Trevi Fountain, a work created by Nicolò Salvi in ​​the eighteenth century, despite being full of concepts, it can not properly be called conceptual.

6) What do you want to personally convey to the international audience that comes here to Yum?

I really do not know where to start. The first thing that comes to mind is that Rome and Italy are not only a token machine for tourists and the sweet life, he understood as favorable cultural moment and not as a pastime for play boy, is not over, although it can produce some regurgitation of nostalgia.

Many things, in addition to the great satisfaction of having participated in an event so unusual and so remarkable quality. Extraordinary discoveries in liaising with artists and curators and I would say an understanding of my own work, which is one of the things that generally understand less.

One in particular: to create a wire sculpture and paper hanging from the vault of a cave that is under the hovel in which I work. A work that will likely be found in a couple of centuries. I do not think I will be present at the discovery.

I really have no idea what ideas I will.

In the art world I would leave above all the art, which, as the Beautiful, do not talk much. I would change gladly the conservatism of the progressives that abound in Italy. Given my age, sometimes I prefer the progressive conservatives.

Sensitive City – The living works is an exhibition that will be held in the spaces of the National Gallery in Rome 14 to 22 January 2017, made on the occasion of C17 – The Rome Conference on Communism (18-22 January 2017). The exhibition was born from the work of OperaViva Magazine and a seminar organized by the Lac or The Foundation Mon. 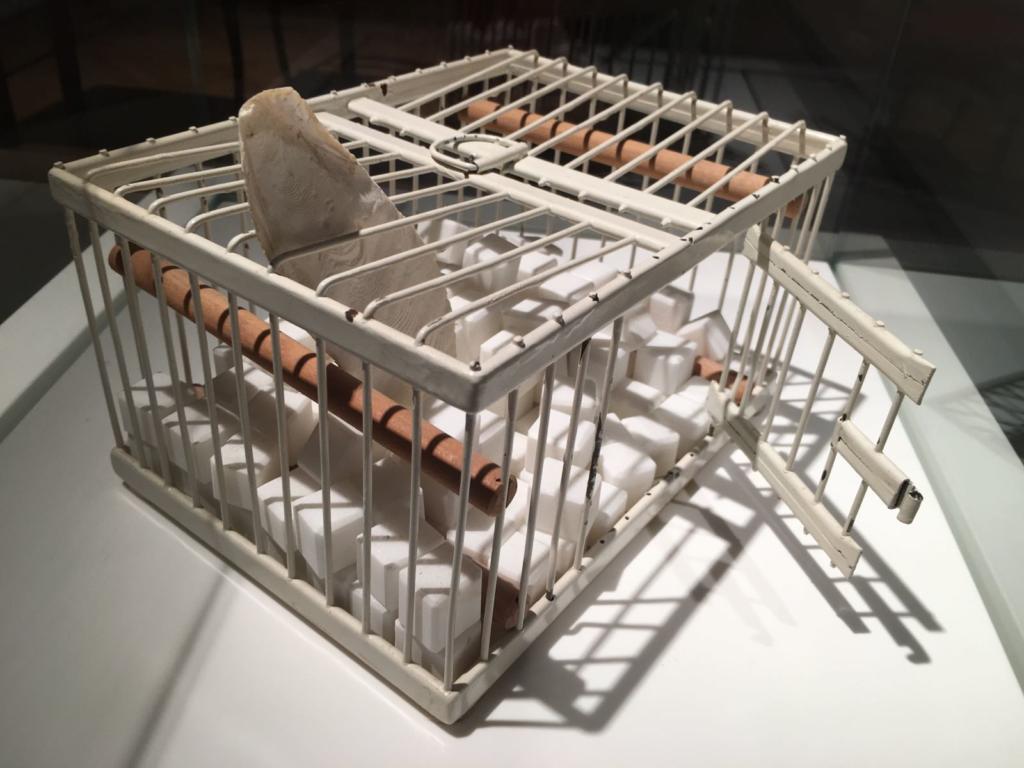 -umpteenth works and incurable works : in relation to the works of the National Gallery,

-works in the fight : with paper files presentations – Archive Valley, Macao, Salt Docks – and a digital archive based on software open source for the creation from below of a network of archives;

-works in contemplation: sensory dissonance from natural wine with Giampalo Gravina and Armando Castagno, from the sky with Franco Piperno and the garden with Lucilla Zanazzi and Andrea Di Salvo.

In the spaces of the exhibition will take turns every day performances, screenings, debates, poetry readings and a sleep concert.

To articulate the event will be – in addition to the C17 conference with Jacques Rancière, Michael Hardt, Alexei Penzin, Manule Borja-Villel, Claire Fontainebleau two round tables: one dedicated to the archive with Mario Tronti, Manuel Borja-Villel, Marco Scotini and another to curatorialità with Carolyn Christov-Bakargiev, Marco Baravalle, Annarosa Buttarelli, Tarek Elhaik, the restorers of the Gallery.

with the assistance of curatorial: Laura Perrone, advice for theater and dance Serena Soccio, the Sara Milan coordination