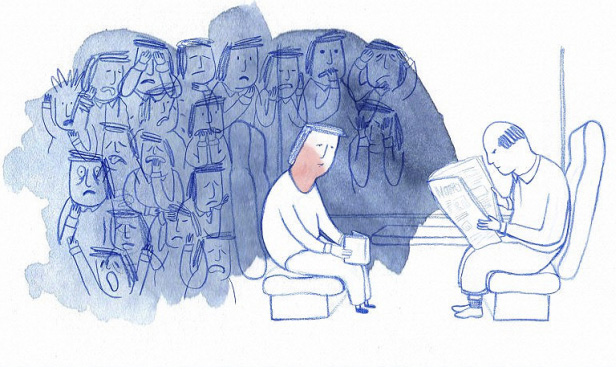 Phobia means an intense fear, disproportionate to the causal stimulus. The triggering situation, in fact, is generally not considered dangerous by the population. Phobias can be specific if present in relation to specific objects or situations. The phobia is called social when, instead, it is triggered by exposure to a social situation. The onset of social phobia (also called social anxiety disorder) generally occurs in adolescence or in childhood. A marked and persistent fear of one or more social or performance situations is reported when the person is exposed to unknown people or to the possible judgment of others. Fear appears excessive or unreasonable. Generally in children this characteristic may be missing and social phobia does not manifest itself with familiar people but with peers and with unfamiliar adults. Exposure to the phobic situation may cause anxiety with the characteristics of a panic attack. Dreaded situations can be avoided or tolerated with marked anxiety or discomfort causing a reduction in social, work or school functioning. If the fear concerns the majority of social situations, an additional diagnosis of avoidant personality disorder should be performed, characterized by the avoidance of relationships due to feelings of inadequacy and hypersensitivity to negative judgment.

Cognitive-behavioral therapy, focused on specific cognitive and behavioral factors related to the development and maintenance of the disorder, in children and adolescents can be effective in improving symptoms. The participants in a research have undertaken a generic cognitive-behavioral psychotherapeutic path, a specific cognitive-behavioral therapy on symptoms of the disorder or no treatment. After 12 weeks, subjects who had performed one of the two psychotherapeutic pathways showed a significant decrease in the symptoms of social phobia with an improvement in overall functioning, compared to subjects who had not undertaken treatments. Despite a significant anxiety reduction, the majority of subjects continued to meet the diagnostic criteria for social phobia in the Diagnostic and Statistical Manual of Mental Disorders (DSM-5) 6 months after the end of the psychotherapeutic path (Spence et al., 2017 ).
For the treatment of milder cases, therefore, it is sufficient to undertake a psychotherapy path that provides psychological support, an understanding of the triggering event to which a menacing meaning has been erroneously attributed and /or the modification of external factors favoring the maintenance of the disorder. Often social phobia is present in comorbidity with depression. In this case it is useful to associate psychotherapy with pharmacological treatment with antidepressants and benzodiazepines. Thanks to the available therapies, therefore, it is possible to keep the symptoms under control and to live a peaceful life. Future research should investigate the causal and maintenance factors of social phobia in order to improve treatments to achieve a complete recovery.