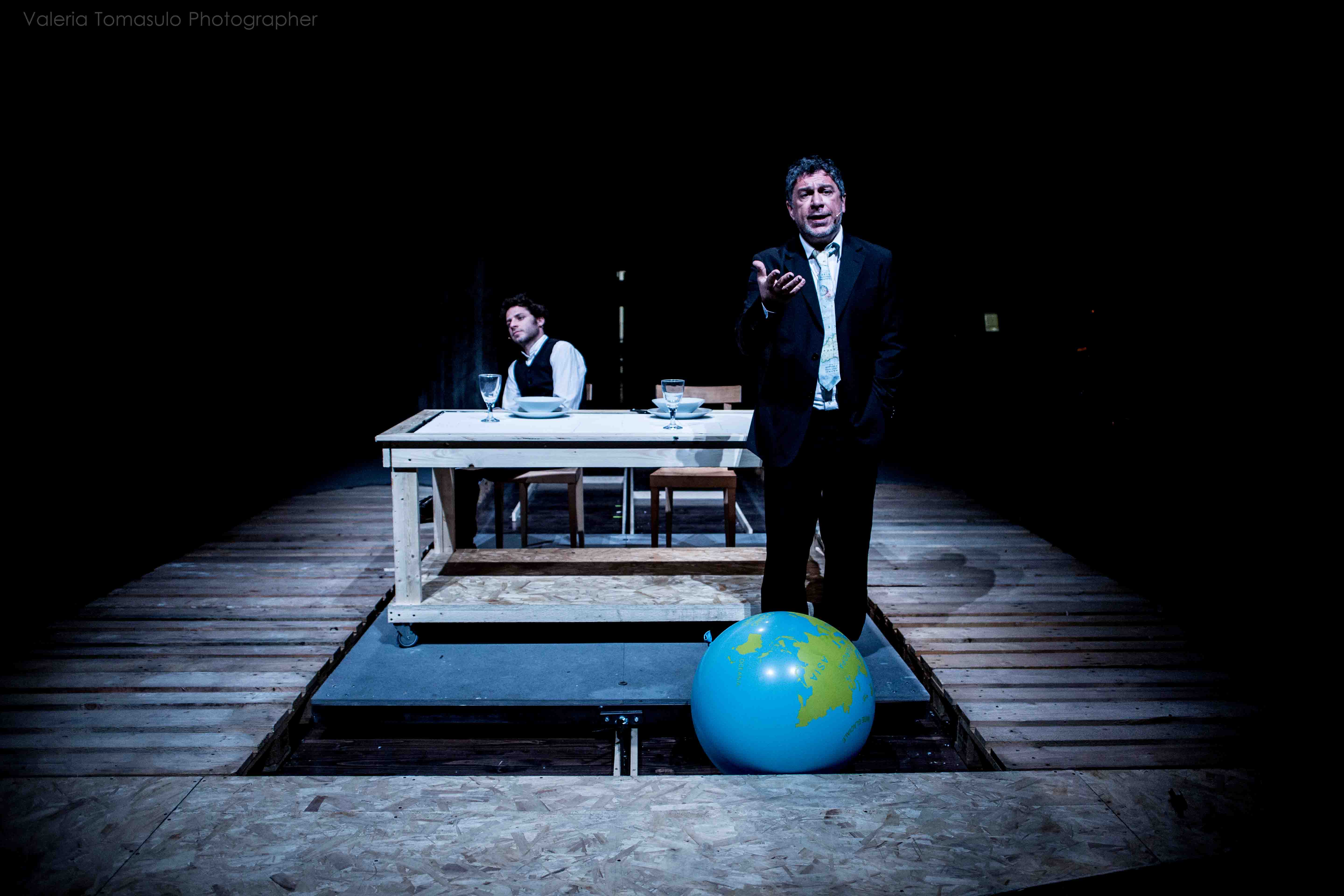 From 8 to 26 April at the Teatro India in Rome 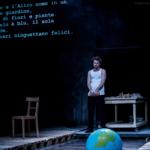 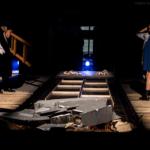 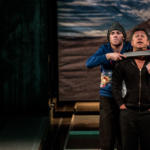 From 8 to 26 April at the Teatro India Fabrizio Arcuri brings to the stage the West, its history and its crisis, its repression and its explosion, SWEET HOME EUROPE. A genesis. An exodus. Generations of Davide Carnevali, text Riccione Prize finalist in 2011 which debuted in Germany in 2012 at the Schauspielhaus Bochum.
With this show, a production of the Theatre of Rome and returned to live in the Sala del Teatro India, raising the curtain on a powerful political and human fresco that unfolds before our eyes: fathers, mothers, sons, wives, husbands, partners , strangers, exiles, politicians and businessmen will pass the baton to tell pacts and compromises, ideological and religious differences, which have made the West dominant idea and together the idea of ​​his own failure. Thus, capitalism and consumerism, become the measure of every relationship, have undermined the traditional rules and undermined the values ​​of the company, leaving generations at the mercy of wars and struggles to rebuild.

At the center of the drama, the delicate issue of integration and the ability to accept the stranger, the foreigner, the other: a man, a woman and a man are more protagonists of different stories and special at the same time a collective affair – that of a family, of a people, of all humanity -in continuous encounter and clash of civilizations. On the Other Man falls the weight of previous generations and the later ones, the weight of a tradition that those who can not live in their own land they search for another in which to build a house and a family, a new company. The Man in the community instead occupies a position of power – political, economic, cultural – will do anything to keep the privilege they enjoy and exercise it to his advantage, at the expense of the weak. The woman will seek her role in a Western society that, while criticizing the east, late yet to recognize the real gender equality. “Nearly twenty years after the birth of the EU, the European Big House is a” construction site still open, “as he called Gorbachev. But in what direction they are going to work? – Questions Davide Carnevali – We are building a privileged space for the guarantee of human rights, or are we just fencing a private property to prohibit access to those who are not wanted?”.

A caustic tongue, that of Carnivals, full of historical reflection and chilling humor in the service of a speech always concrete and symbolic continuously. Thus, the scene turns into an abyss and emptiness gives way only to rubble: “The word is ‘rebuild’ – comments Fabrizio Arcuri – but you have to be careful where you put your feet in these ruins.” The three characters, a man, a woman and a man more, covering a different social and generational every new encounter: a representative of a country ‘weak’ emigrated to a country ‘strong’, and then his grandfather, but also his father; a mother of a migrant, but also left his wife at home and the woman he met in the new country; and then the man of power who is also the new slave power. Everyone has a different culture as a parent and a future with a new flag as a son. “Everyone has their reasons and their wrongs. All hatch union with the other or its elimination. All are sleeper cells ready to fire. All are Charlie Hebdo, but also and Cherif Said Kouachi – continues Fabrizio Arcuri – Everything is within boundaries that mark the space of life of communities and individuals, making them different, and this in a constant conflict. Everything is within boundaries that mark a same condition for all, making them equal, and for this in a pacification possible. Europe is not only a territory, a political community, a cultural geography: Europe is our border. No matter if we, now, we are the ones who are in or out. Basically does not exist ‘in or out’; there is only one ‘here or there. All equal in the irreducible difference. All the conquest of the other, as the conquest of themselves. ”
To accompany the flow of the scenes, the music composed and performed live by Davide Arneodo and Luca Bergia Marlene Kuntz and NicoNote, while the scenic design is by Andrea Simonetti with sculptures scenic explosive Enrico Gaido and Riccardo Dondana.

Davide Carnevali lives and works in Buenos Aires, Berlin and Barcelona, ​​where he is a doctoral student in Theory of the Theatre at the Autonomous University and the Institut del Teatre. Among the awards received include the Premio Marisa Fabbri, the Riccione Prize in 2009 and the Award Theatertext als Hörspiel at Theatertreffen Berlin for Variations on the model of Kraepelin, Borrello Award for new drama for 2011 As it was in Italy that the revolution broke out, but no one noticed it. Sweet Home Europe, Riccione Prize finalist in 2011, debuted in Germany in 2012 at the Schauspielhaus Bochum. His works have been hosted in several international exhibitions and have been translated into German, French, Spanish, Catalan, English, Estonian.

Marlene Kuntz are an Italian alternative rock band, formed in 1990 and stylistically approachable to the merger between noise and song format operated by Sonic Youth and the sounds of noise rock groups, coupled with a strong vein of songwriting. The training that is involved in the show will be a duo of multi-instrumentalists (percussions, violins, guitars and samples)

Nico Notes: aka Nicoletta Magalotti, performer outsider artist of the independent scene – has developed a personal language of music and performance. Italian-speaking Austrian born in Rimini in 1962. In the mid-80s was the singer of the band Violet Eves. And ‘Dj and creator of spaces such as Morphine’s Cocoricò – was actress among others for Romeo Castellucci / Societas Raffaello Sanzio. He recently presented his concert-performance “Rhapsody (or Alphabet Dream)” at the Fondation Cartier for Contemporary Art in Paris.