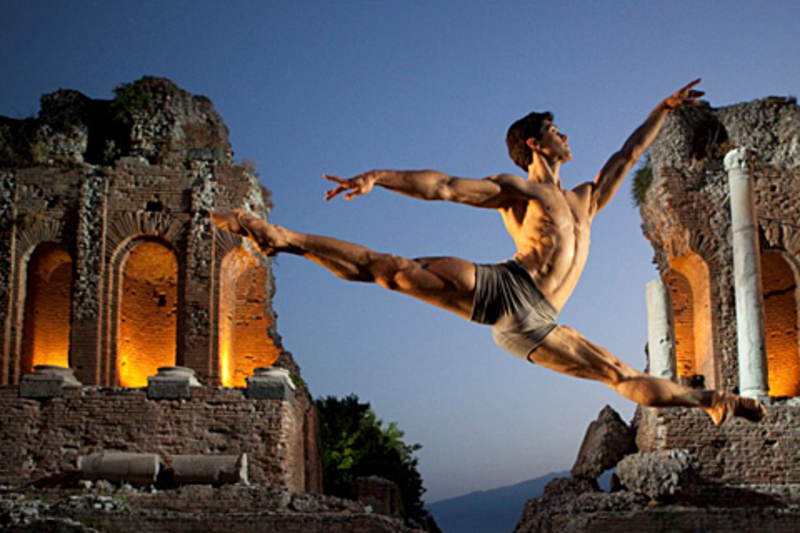 The summer season of the Teatro dell’Opera in Rome , he moved again this year in the beautiful setting of the Terme di Caracalla (Baths of Caracalla) , where, from 24 June to 9 August 2014, there will be great shows .

Open the Orchestra di Piazza Vittorio June 24 with a reading of ” Carmen” by Bizet .

On 27 and 28 June the Baths of Caracalla, the Japanese company will host The Tokyo Ballet , among the most famous in the world, which carries three creations of one of the most important choreographers of all time , Maurice Béjart . The Tokyo Ballet was founded in 1964 and since the date of its inception , the company has always been of Eastern and Western choreography of all times : his extensive repertoire includes classical ballet , neo -classical and contemporary works by choreographers .

A classic among classics , the most loved by the public between the ballets , back to Caracalla , July 3 to 15 , ” Swan Lake ” by P. Tchaikovsky choreographed by Patrice Bart .

The opera debut at Caracalla July 14 with “La Bohème” by Puccini. An installation that will revive the passion of love Mimi and Rodolfo immersed in their own time, surrounded by the projections of some masterpieces of Impressionist art .

Still a masterpiece , one of the most popular titles from the audience: “The Barber of Seville” by Rossini , which will debut with a new production, the Baths of Caracalla July 23 , with performances through August 8 . The Orchestra of the Opera maestro Stefano Montanari, as the director Lorenzo Mariani , who has rethought the Rossini opera as a musical of the fifties .

Appointment much loved classic as that of Caracalla July 25 for all lovers of the big dance : Roberto Bolle as usual will bring with it many “friends.” All prestigious ballet that will form the varied and fascinating show ” Roberto Bolle and Friends” .

Summer Season of the Opera at the Baths of Caracalla

From 14 July to 9 August
La Boheme

From July 23 to August 8
The Barber of Seville