All the news on the evening of Amici 2019The new evening of Amici di Maria De Filippi promises to be grandiose, which will start on Saturday 30 March in prime time on channel 5, under the artistic supervision of Giuliano Peparini and with the extraordinary participation of Ricky Martin.Let’s retrace the career of these two super characters of the program together!Giuliano Peparini trained in the school of the American Ballet Theater in New York and at the age of 24 he became 1st dancer of the Ballet Nacional De Marseille by Roland Petit, Artistic Director of great shows all over the world, from Cirque du Soleil to the Italian Musical Giulietta Romeo, love and change the world!

Ricky Martin is a Pop Star at a global level that has sold over 70 million records worldwide, one of the most acclaimed and loved by young artists! 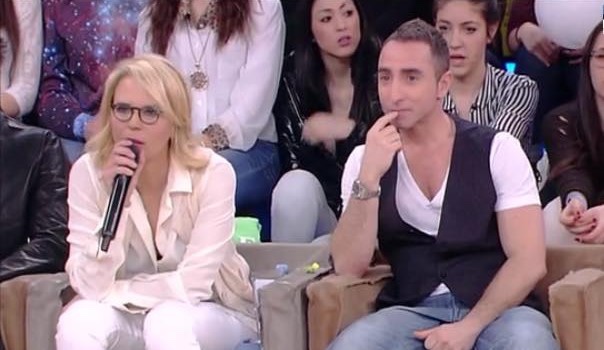 So a Friends evening promises to be full of International guests, twists, spectacular choreographies and a lot of talent from the students of the school!Here are the names of the finalists who will go in the evening: Rafael (dancer) Tish (singer) Vincenzo (dancer) Giordana (singer) Umberto (dancer) Alberto singer) Valentina (dancer) Mowgly (dancer) Ludovica (singer) Jefeo (singer) Alvis (singer)In the jury of this edition we also find two big names in Italian music: Loredana Berte ‘and Marco Masini.And dulcis in fundo, the extraordinary participation of one of the most important Italian opera singers in the world, defined Luciano Pavarotti’s artistic heir … we are talking about Vittorio Grigolo!