If you want to win easy starts to icon of the city: the Coliseum. The Flavian Amphitheatre is one of the few monuments of city’ directly accessible from the subway. I started so ‘and it’ was a wonderful find! I put the tourists on the metro line B and I told him to get off at COLISEUM! In the middle’of the last steps before the turnstiles, I began the countdown, the tourist does not understand but begins to get excited about. On the Zero, just outside the turnstile, he was the Coliseum in all its glory! 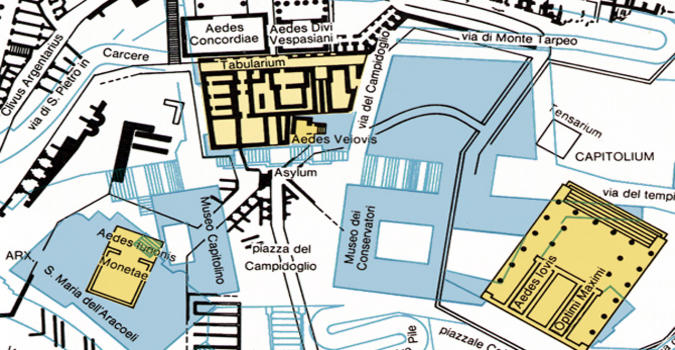 The tourist is silent, mute, begins to take a ride on the majestic base linked to many other monuments. We are only at the beginning and you have to choose the right thing to do, and then walk you travel on the Roman Forum to the Capitol (Il Campidoglio). 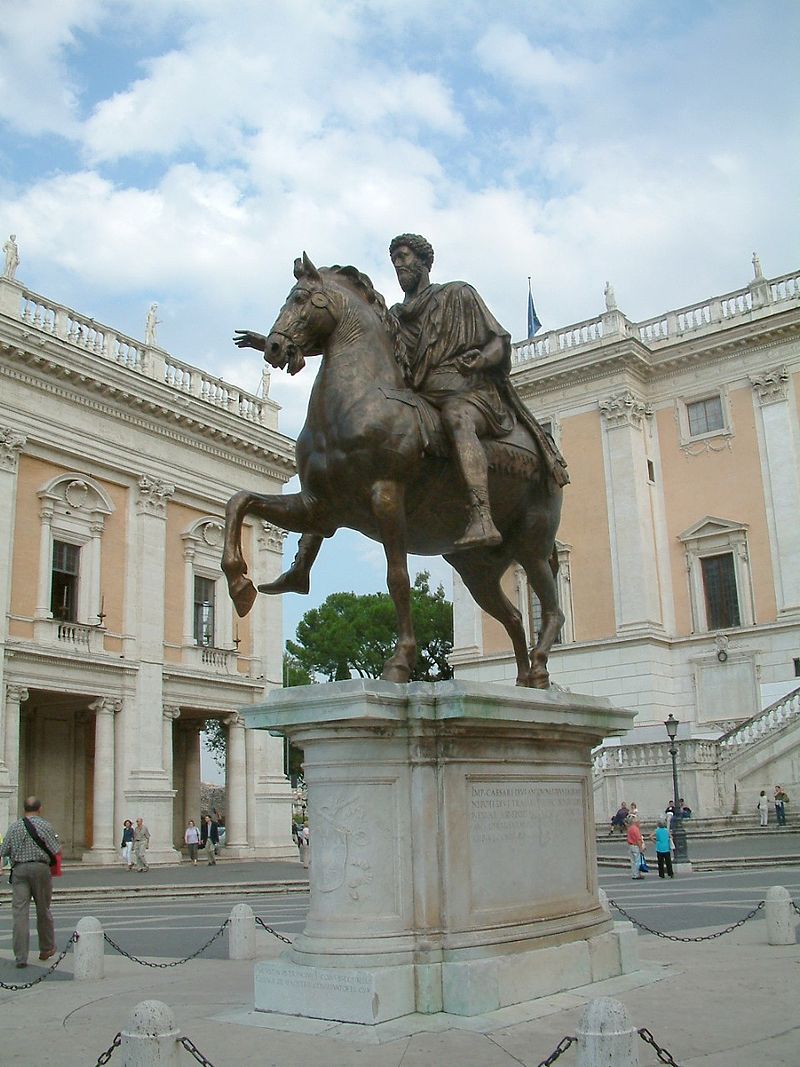 Replica of the equestrian statue of Marcus Aurelius in the Campidoglio

We got to the square of Capitol from the stairs on the back, the same stairs used from the Romans friends who reach who are getting married in the Capitol. Take a photo with the statue of Marcus Aurelius and will appare the City ‘and’ at your feet.

Cuts, transoms, throws a line from the Capitol to the Collegio Romano and do you see a school of higher education “Liceo Visconti” representation of how the culture is monumental in Rome. 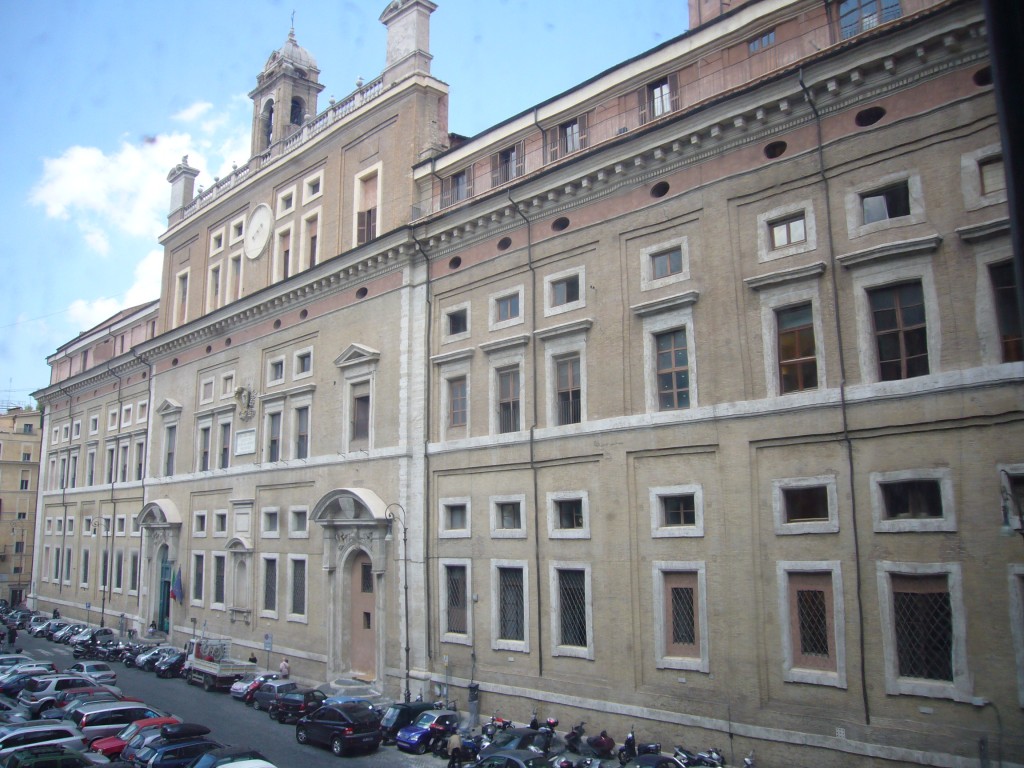 Walk Via Pie ‘di Marmo because there’ a singular foot gigantic of marble to see and so ‘since arriving at the Pantheon! An ancient Roman temple with a huge hole in the ceiling! Around this monument you can not miss two unique dining experiences: Ice cream and water ice flavored coffee gods produced from Tazza d’oro.

Serve both the coffee ‘that ice cream, which you can choose shapes and flavors, there are at least 6 or 7 different ice cream parlors, because I want to take you to see St. Peter passing by Piazza Navona and not add anything else! Walk slowly, you do everything. Is not ‘so’ big the center of Rome. Walk along Via del Governo Vecchio, take you a photo on the Bridge of Angels, take Via della Conciliazione and you finally arrived in the square of St. Peter’s! If the visitor was left stunned by the Colosseum, leading to St. Peter’s Square you have lying! Enjoyed the experience of the square of the Roman Church than take a bus stop in the direction of Largo Argentina and refresh you on Campo dei Fiori!

Around the statue of Giordano Bruno and it’s possible to find good street food: pizza bianca and just sliced mortadella! Follow the ranks of the oven, or choose the restaurant that you prefer, the market itself facing different types of exercise for food and drinks.

A few yards in the direction of Termini with the bus that allows you to move between the seven hills, overcoming the unevenness of the city, ‘to get to Piazza Santi Apostoli to take refuge in another church. Its ‘a beautiful place in which to rest, full of treasures and crypts. Seems to develop in deep space ‘instead of soaring domes as for many other masterpieces citizens. 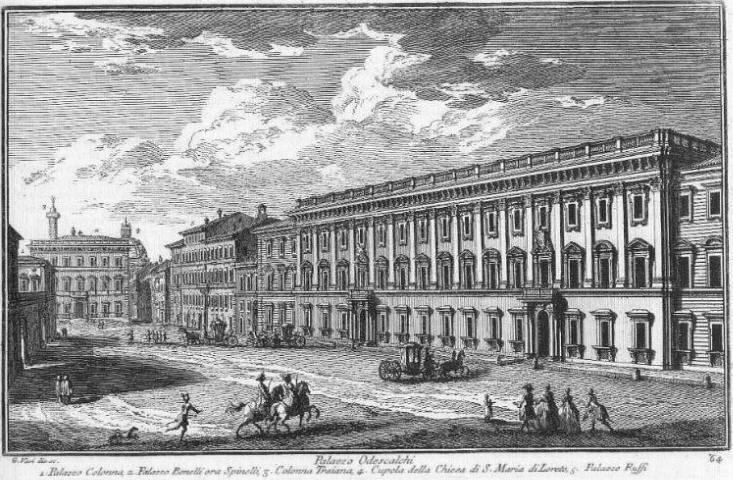 The churches of Rome are almost all open all days of the day, especially in the historic center. Often full of individual masterpieces included in monumental structures, many churches deserve special visits, but this ‘plan a route plan and then report it’ only a few churches for the record.

From the peace of the soul of the Santi Apostoli in a few meters you come to the peace of remembrance: the Trevi Fountain. A magical fountain, overly large that will print ‘in memory of the tourists. Toss a coin with your back to the fountain and then off! Now are you missing another places a’ yet another fountain, one last card to carry with you. Another immaginary line drawn, crossing Via del Tritone to finish down in Piazza Colonna and than in Piazza di Spagna. The fountain in Piazza di Spagna is called “Barcaccia” and on the steps of the Trinita ‘dei Monti park the Latin lover for foreign tourists. If  yuo are in Christmas time on the stairs there will be a big crib and if  is spring-summer there will be flowers and fashion shows or at least a lot of tourists in the stairs! I could point you in front of Via dei Condotti with all the neighboring streets with the most ‘beautiful shops of the city’. It’s all at your fingertips, but it seems to be enough today.

Via Condotti from Trinita dei monti at Piazza di Spagna

Tourists seem ‘to have seen the world and will have’ reason. In 5 hours of walking you will have the best of anyone who says they’ve never been to Rome, you have done to see the inevitable: Rome monumental; have you done to try the white pizza and showed the sparkle of nice shops. This tour de force and ‘was created and designed for someone who is not’ never been to Rome as a first time, but that takes nothing away from portions of the route can be traveled on the sunset as a romantic stroll. Rome at sunset hardly disappoint you she will seduces in any case!

fordinneris.blogspot.it/
One comment to “A first impression of Rome from the Coliseum to Piazza di Spagna.”