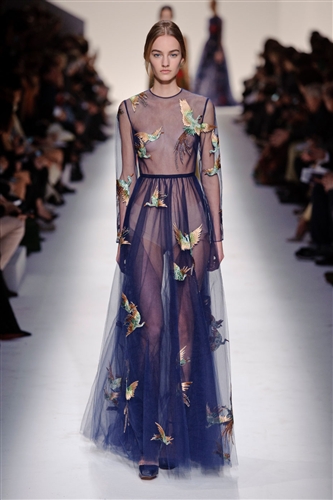 Valentino’s haute couture collection fall/winter 2015 2016 will be presented exclusively on the catwalks of Rome, on the occasion of Altaroma next July, to celebrate the opening of the new flagship store in Piazza di Spagna. The new store is located a few steps away from the historical atelier in Palazzo Mignanelli

The last show in Rome was in 2007, when Valentino Garavani left the Maison.

The reason for the return of Valentino in Rome seems to be the opening of a new megaflagship store next to the Piazza di Spagna Steps. Rumors among the experts, it is called a space of 1500 square meters which would be purchased for € 100 million from the sovereign wealth fund of Qatar.

To inaugurate and celebrate the birth of the new flagship store, therefore, the House, the upcoming July 2015 will honor Rome with their own fashion show, before returning to Paris in January 2016 with haute couture spring-summer.

Valentino will arrive in the capital, just in Rome in 2007 hesaid goodbye to the catwalks with a big event lasted even three days.

The location has not been announced officially but many believe that their house back to the Spanish Steps, where, on the same day, will open the new mega boutiques Day three floors.

According to rumors on the web, Valentino will inaugurate the opening of a new flagship store on Fifth Avenue in New York City , The Maison will present a couture collection in December 2014. The leaders should be different from the clothes that will parade in January in Paris the Couture collection for spring-summer 2015, which will be preceded by the pre-fall collections 2015 menswear autumn Winter 2015 (both in December and January).
The two artistic directors Pierpaolo Piccioli and Maria Grazia Chiuri present probably four collections in these two months.

www.highjewelry.tv
One comment to “Valentino Fashion Show in Rome”