In Italy we have some inestimable talents of dance, appreciated and admired all over the world, but in our country for nothing valued …
This is because there are no adequate laws, which go to support dance companies, emerging dancers and choreographers or theaters that promote the art tersicorea.
Big names like Roberto Bolle, have become famous abroad, to then be hailed also in Italy, if so ‘had not been, perhaps today Roberto Bolle would be one of the many Italian dancers with extraordinary skills, put in oblivion!

Here we have a queen, unfortunately without a crown, called Carla Fracci, one of the most famous and important dancers in the world, she danced with the greatest protagonists of the dance of all time, from Rudolf Nureiew to Vladimir Vasiliev, Mikhail Baryshnikov, Erik Bruhn …
yet, having reached the venerable age of 80 years played, 82 to be precise, Carla Fracci, who still amazes dancing on the tips and not caring for the passing years, is left in a closed and forgotten trunk of a disused theater .. .
It is really absurd and incomprehensible how our country takes the value of its artists.

A precious character like Carla Fracci should be crowned Empress, made senator for life to honor a life dedicated to the art of dance, should direct the most prestigious theater in Italy, have a dance company, be called as an absolute judge in the tv talent, instead of calling improvised and incompetent people! But this is how our country works, which then suddenly just a character passes to a better life make it become immortal and they hate it as they never did when he was alive!
Is there anything normal and logical in this all-Italian system? Absolutely not!
It’s all irrational and illogical, sometimes far-fetched … yet this is the reality of the facts!
For years, Fracci complains that she has been forgotten by the institutions of her country and that she desires her own dance company and a theater to direct herself, but her request remains unheard!
Maybe it would do well to leave Italy and move abroad, as did many other Star and Dive of Italian cinema and entertainment, one of them all Sofia Loren.

But let’s look back together the career of this great dancer named Carla Fracci … just to pale a bit ‘in his presence and really realize who we are talking about! 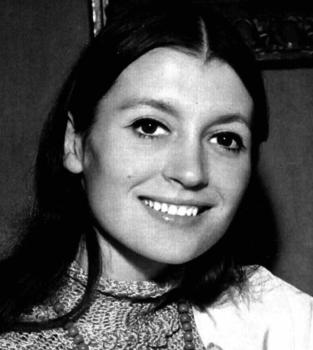 Shewas born in Milan on August 20, 1936. She is the daughter of an ATM (A Trasporti Trasporti Milanesi), she began studying classical dance at the Teatro alla Scala dance school in 1946. Carla Fracci graduated in 1954, then continued her education artistic participation in advanced internships in London, Paris and New York. Among her teachers is the great Russian choreographer Vera Volkova (1905-1975). After only two years from graduation he became a soloist, then in 1958 he was already a dancer.
From the end of the 50s the apparitions are very many. Until the ’70s dance with some foreign companies such as the London Festival Ballet, the Royal Ballet, the Stuttgart Ballet and the Royal Swedish Ballet. Since 1967 he has been a guest artist of the American Ballet Theater.

Among the great dancers who were his partners on the stage are Vladimir Vasiliev, Nureiew, Henning Kronstam, Mikhail Baryshnikov, Amedeo Amodio, Paolo Bortoluzzi and especially the Danish Erik Bruhn. The “Giselle” dance by Carla Fracci with Bruhn would be unforgettable and a movie will be made in 1969. Among other great interpretations of contemporary works we remember Romeo and Giuliettadi Prokofiev, “Baroque Concert”, “Les demoiselles de la nuit”, “Il gabbiano”, “Pelléas et Mélisande”, “The stone flower”, “La sylphide”, “Coppelia”, “The swan lake”.
At the end of the ’80s he directed the ballet ensemble of the Teatro San Carlo in Naples together with Gheorghe Iancu. In 1981, in a television production on the life of Giuseppe Verdi he played the part of Giuseppina Strepponi, soprano and second wife of the great composer. main works interpreted in the following years there are “L’après-midi d’un faune”, “Eugenio Onieghin”, “The life of Mary”, “The doll of Kokoschka”. In 1994 he became a member of the Academy of Fine Arts of Brera. The following year he was elected president of the environmental association “Altritalia Ambiente” .Carla Fracci is then the protagonist of a historical event when she performs before the prisoners of the San Vittore prison in Milan.

In 2003 she was awarded the Italian Cavaliere di Gran Croce honor. In 2004 she was appointed FAO Goodwill Ambassador.
(Source: https://biografieonline.it/biografia-carla-fracci)