A unique exhibition opened at the Real Academia de España in Rome created by the master and the genius of the artist Eugenio Ampudia entitled “Inferno Comodo”, ironic and iconic works on show until April 1, 2018 by Blanca de la Tower.

The artist studies the meaning of the work of art, integrates them effectively in the assigned places and creates a direct relationship with the public visiting the exhibition, making it interact in an unusual and fun way. We find in an amazing way between rooms works created in video of lights that recreate the fire, video performance where the artist sleeps inside a public place, a flat room of paper cockroaches created with the tickets of the exhibitions in the master’s world and at each exhibition of course the animals increase or in the temple inside the academy playing with the sky earth relationship has created some fires in foam on which you can sit.

The spectator becomes active and an integral part of the work itself, interpreting it in its own way. The artist wants to give the possibility to leave space to the unpredictable to suggest new visions to understand the art and the areas dedicated to it with his audience.

The exhibition created at the Real Academia de España in Rome is the beginning of a project that in the course of a year develops with the collaboration of other institutions, also in Rome as the Baruchello Foundation, which the master has created another installation “site -specific “; the realization of an intervention in the Tiber river in collaboration with the Tevereterno association; and an intervention on the facade of the Spanish Embassy in Rome, as well as presentations and conferences in museums such as the MAXXI or the National Gallery of Modern and Contemporary Art. 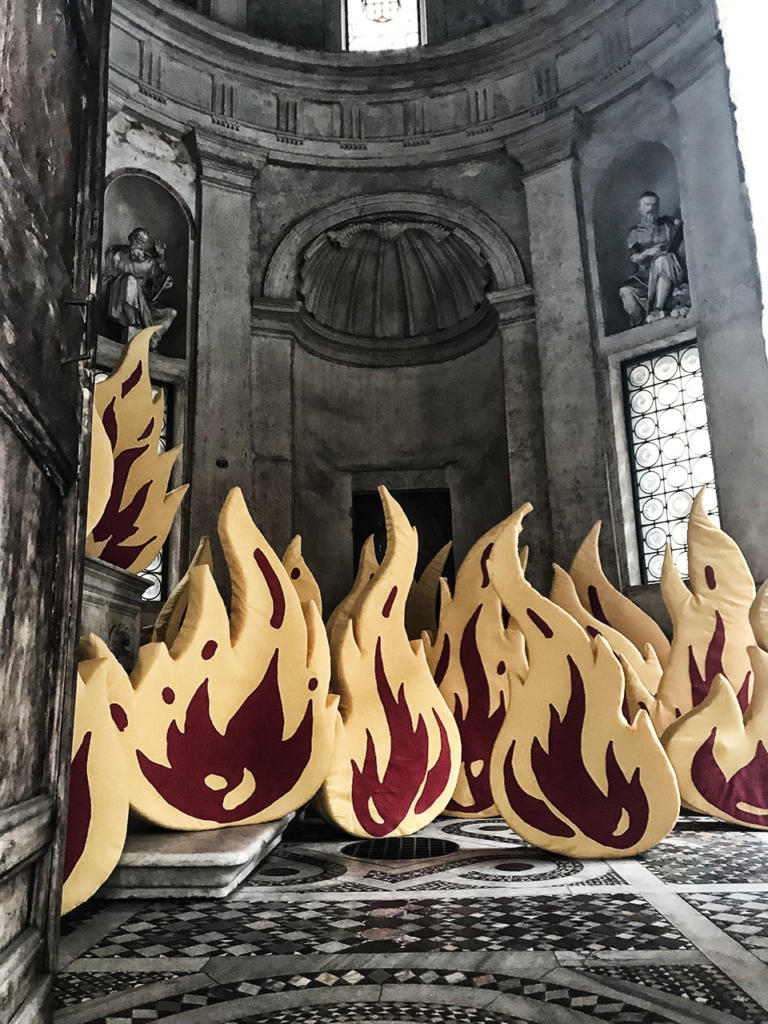 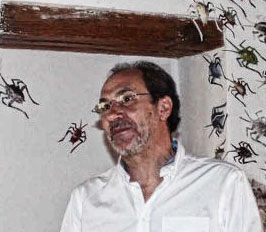 The artist was born in Melgar, Valladolid, in 1958. He lives and works in Madrid. Currently one of the most recognized Spanish artists. His multidisciplinary work in 2008 received the Delfina Foundation scholarship (London) and the AECA Award for the best live Spanish artist represented in ARCO08. Furthermore, he was the finalist artist for the Spanish Pavilion at the 2017 Venice Biennale. His works have been exhibited internationally in places like ZKM, Karlsruhe, Germany; National Gallery of Fine Arts of Jordan, Amman, Jordan; Museo Carrillo Gil, Mexico City, Center for the Arts of Monterrey and Museum of Contemporary Art of Oaxaca, Mexico; Abierto X Obras, Matadero Madrid, Spain; MAC Gas Natural Fenosa, La Coruña, Spain; Boston Center for the Arts, Boston (MA), United States; Ayala Museum, Manila, Philippines; and in Biennials like Singapore, Havana, Biennial of the end of the world. And it is part of collections such as MNCARS, MUSAC, ARTIUM, IVAM, La Caixa, among others. 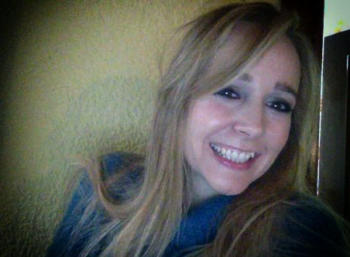 Art Critic and Independent Curator. Before 2009, he held international exhibitions in cities such as New York, Prague, London and Madrid. From 2009 to 2014, she acts as chief curator of ARTIUM, Centro-Museo Vasco de Arte Contemporáneo. Subsequently she was co-curator of the Invisible Violence exhibition trilogy, which hosted MoCAB, Artium Museum and Salzburger Kunstverein. He has also curated exhibitions in New York at the Y Gallery and the Elisabeth Foundation for the Arts, in Mexico and the Centro de las Artes in Monterrey, the Museo Carrillo Gil in Mexico City and in the Museo de Arte Contemporáneo of Oaxaca and in Colombia in the Arte de Bogotá. Recently he has made group exhibitions including Hybris at MUSAC, and Imbalance at the LAZNIA Center for Contemporary Art. 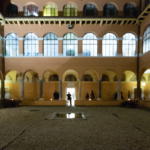 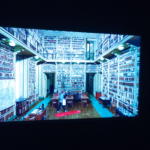 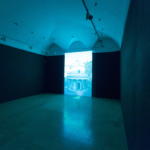 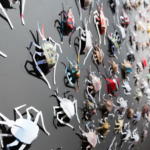 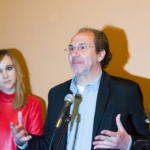 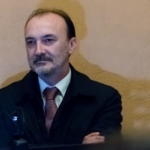 Exhibition: “A comfortable infierno” by Eugenio Ampudia until April 1, 2018