Giovanni Butera today is an Italian in Melbourne, the forerunner of what we can call the escape of educated Italian professionals abroad.
Only two data to understand about 300 thousand Italians per year leave us.
Lucro ceasing: every Italian that a part represents an investment for the country (as well as for the family): 90,000 euros a graduate, 158,000 or 170,000 a graduate (respectively bachelor or master’s degree) and 228,000 a doctor of research [1].
Emerging damage: incalculable in the case of successful professionals like Giovanni.

Giovanni Butera was born in Piedmont from a Calabrian family, and grew up in Calabria, in Rende. He moved to Rome and specialized in economic studies with great satisfaction, but to collect the merits he had to emigrate to Australia.
Known in Melbourne because, among many things, he is the founder and president of GAIA Project, a non-profit initiative aimed at supporting the international exchange of disadvantaged artists. He is currently also CEO of Nixora Group, a risk management consulting firm for banks. His experience in the development, implementation and validation of risk models for the banking sector has been built up over the years by Wipro Technologies, PricewaterhouseCoopers, Capitalia Banking Group-Unicredit and Moody’s Investor Services. 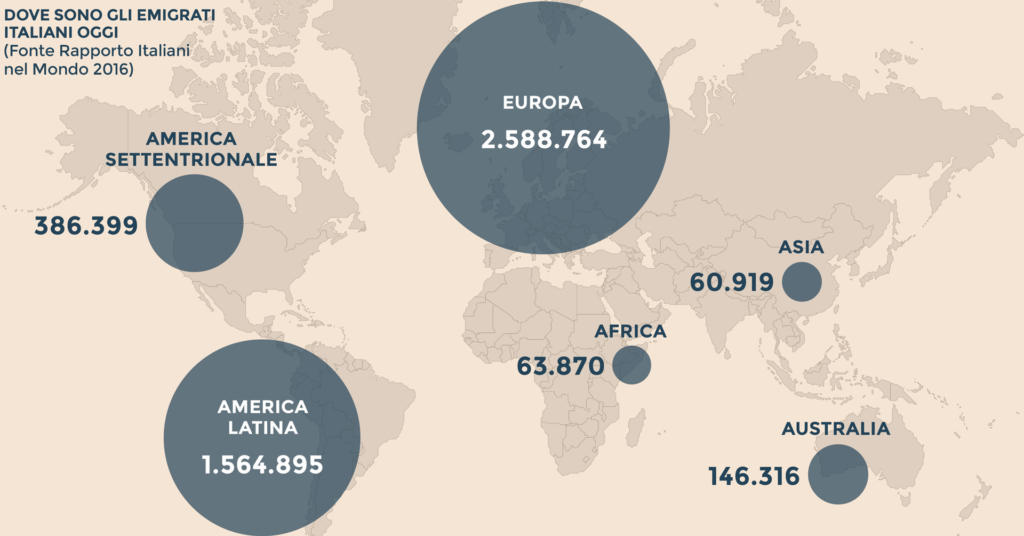 He has written and published numerous articles for academic journals and major global universities such as the University of Rome, the University of Melbourne and the Royal Melbourne Institute of Technology on a wide range of topics. In addition to his extensive experience and exceptional academic scholarships, he is a member of the International Association of Occupational Risk Managers (PRIMA) and the Global Association of Risk Managers (GARP).
John how old are you in Melbourne and why in this city?
I arrived in Melbourne for the first time in ’96, after having obtained, first from the University of Rome and then from the Calabria Region, scholarships for specialization abroad.
Tell us about the differences in opportunities in the Italian and international markets in your sector
Well, I think there are different degrees of differences. Surely, the system of the world of work in Australia is very flexible, compared to the Italian one, but then also the different economic conjuncture makes the two markets not exactly comparable.
In recent years, Australia has become a gold hunt for many Italians hit by the crisis. What do you think about it?
Many of the Italians who arrive today in Australia are very young, often without specific qualifications, and therefore a flow for a large majority that is different from that which characterized Australia in the ’60s or’ 90s.
With Gaia you bring Italian artists to Australia, how and when did you think it was necessary to found an association for this purpose and how does Melbourne and Australia respond to your initiatives?
Gaia, as well as many similar initiatives, receive a widespread consensus, I think in line with the Saxon Anglo culture of the country.
Upcoming projects of Gaia and your life
Many and maybe even those who know a partnership with the foundation of Bill Gates …
What you miss and what’s missing from your country
I miss everything and nothing from Italy. Everything, friends, relatives, the kitchen (of my mother), Rome, Calabria, … nothing, because after all we are not so ‘far (just a day trip!) And now you can buy just about everything that I can find in the supermarket under my parents’ house in Calabria (*).
* The following translation is automatically generated by the system