The Museum of Contemporary Art of Rome (MACRO) is a museum, designed by French architect Odile Decq, whose main office is located near Porta Pia, in the Nomentano district of Rome.

One branch, called MACRO Future, is located in two pavilions of the former slaughterhouse district of Testaccio, quite close to the Pyramid of Cestius.

At the time the Macro is undoubtedly one of the best possibility to enjoy contemporary art in Rome. Visiting an exhibition at Macro is a ‘sensory experience wide, and nothing is left to chance, in fact, exposures are not “contemporary” just for the age of the artists, but above all for innovation and multi-dimensionality of the stands. You will not find ourselves faced with paintings, photos, or simply hanging installations in a parade or works totally out of context, on the contrary you will feel totally immersed in the shows without realizing the passage of time. 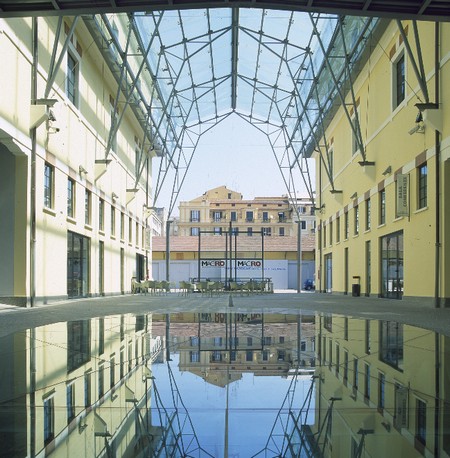 The MACRO – Rome’s Museum of Contemporary Art – came into existence due to the reorganisation of the structures on the Capitoline devoted to the promotion of contemporary art. It is spread over two sites. The first is the old Peroni factory, which, until 1971, was in active production for the Peroni Beer Society . It was designed at the beginning of the twentieth century by Gustavo Giovannoni and is one of the few examples of industrial archaeology in the capital.

The first phase of the reconstruction and conversion of the site finished in 1999. It involved the recovery of the main building, which is composed of two parallel factory units, connected by a construction which corresponds to the front facade. The work was finished as part of Odile Decq’s Sensual Territories project, following an international competition held by the Municipality of Rome in 2000. 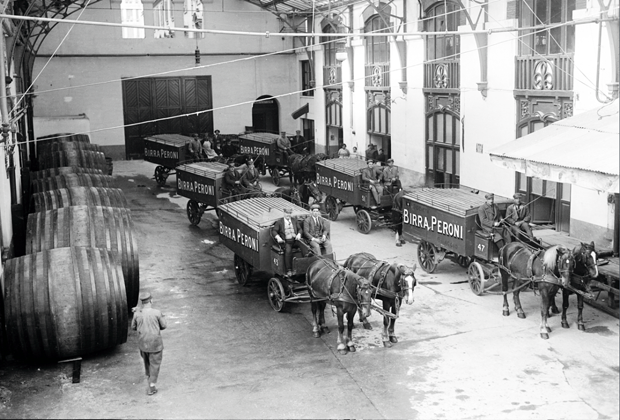 Once a large industrial complex built at the beginning of the 20th century, MACRO’s main site is now a dynamic centre of cultural activity.

The first phase of conversion was completed in September of 1999 and saw the opening of six large exhibition halls, a media library, library, conference hall, art studio, bookstore and café.

The site is also home to MACRO’s permanent collection and administrative offices.

Open to the public all year and six days a week, MACRO’s main site is a point of reference for Rome’s contemporary art community.

The other site is split across two pavilions in the building complex of the old slaughterhouse in Testaccio, which was built between 1888 and 1891 to a design by the architect Gioacchino Erosch.

The pavilions of the slaughterhouse were built between 1888 and 1891 by Giacchino Erosch, and bear witness to the transition from classicism to modernity, providing an important historical example of the monumental and rational nature of industrial architecture at the end of the century. For many years, the Slaughterhouse was considered to be among the most important of industrial buildings, because of its modernity and the simplicity of its structure and internal organisation.

In 2002, two pavilions inside the slaughterhouse complex, an area of 105,000 sq metres (of which 43,000 are built on), were assigned to MACRO to aid the development and diffusion of contemporary art.

In keeping with Testaccio’s dynamic atmosphere, and the youthful crowds that throng there in the evenings, MACRO Testaccio, is open from 16.00 to midnight. The dimensions and layout of the space make it a particularly suitable setting for some of the most significant works of national and international art, which today are redesigning the ‘territory’ of visual culture and of the interaction between different languages.

MACRO is in action and is preparing itself to be, for a vast and diverse public, a cultural magnet of many facets and dimensions through which the value of contemporary artistic expression is affirmed.

New MACRO and MACRO Testaccio are getting ready to become the face of a multi-faceted cultural centre in which the very best artistic expressions of contemporary art, both Italian and international will be able to establish themselves in an increasingly determined manner.

Open only for exhibitions.

One comment to “MACRO Museum of Contemporary Art of Rome”