The exhibition “Mimmo Rotella Manifesto” opens in Rome, in the year of its one hundredth anniversary since its birth (Catanzaro 1918 / Milan 2006)the exhibit is open since the 10 of febbruary 2019. Yesterday a large opening over 400 people to admire the gallery curated by Germano Celant with Antonella Soldaini. 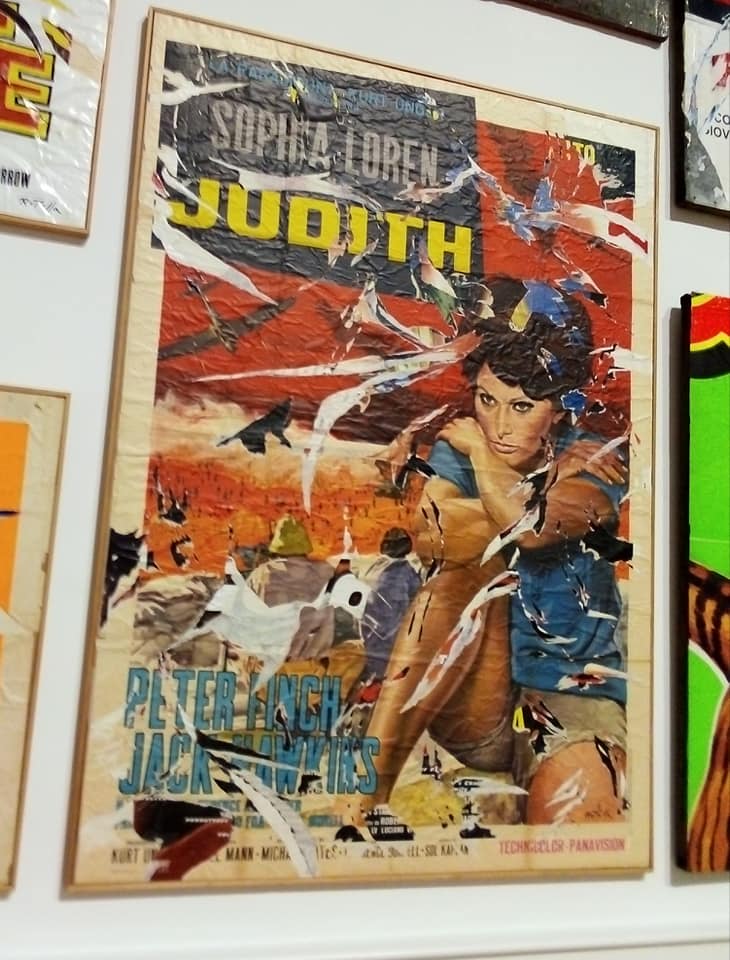 Germano Celant has created, in his genius, an urban display composed of fragments of impressive paintings on the walls of the Central Hall at the National Gallery of Modern Art, as in a large square and on the facades of buildings. An anthology on the master Rotella of extreme accuracy and extensive details ranging from the years 50 to 2000 with 170 works of various techniques and times as a “slow motion” in a chronological manner.

A poster of posters interpreted with quality and diversity of the wide artistic documentation of Mimmo Rotella and his urban art. Like his magnificent décollages, his retro affiches, the artypos, blanks, the overpaintings, one effaçage, replicants, some works on paper, … research and experimentation of a life. For the first time all-together.

Mimmo Rotella, born under the name of Domenico Rotella, is considered one of the protagonists of the artistic scene of the second half of the twentieth century. His figure is linked to the movement of Nouveau Réalisme and international Pop Art. The genius who first experienced in Italy these new languages ​​of decolages, or tears of parts of billboards or posters transferred to media and transformed into a new work of art. Today those billboards for many a plunge into the past and memories as the various advertising posters revised and transformed into works of art. Among the most appreciated works the famous poster of Marilyn, Coca cola, the posters of the famous films …

At the center of the big room some document boards: photographs, catalogs, documents, drawings, letters that allow you to fully understand the activity of the master: from the Manifesto of Epistaltismo of 1949 to the phonetic Poems of 1975, from the confessions contained in the diaries of 1993- 1994 to the assignment of Carlo Azeglio Ciampi’s Career Gold Medal in 2002.

There is also an infinite number of working and personal relationships with the protagonists of the 21st century cultural panorama, from Carla Accardi to Giuseppe Capogrossi and Lucio Fontana, from the Nouveaux Réalistes to Julian Schnabel, from Carlo Cardazzo to Sidney Janis, from Pierre Restany to Tommaso Trini, up to Giulio Carlo Argan and to Palma Bucarelli that have greatly influenced the diffusion of Rotella’s knowledge. Just Bucarelli, has contributed to assert the centrality of the artist in the production of the twentieth century Italian acquiring for the museum important works such as retro d’affiches Abstract composition (1955-1957), Up Tempo (1957), Spirit of Dharma ( 1960) and the décollages Mythology 3 (1962) and Untitled (1962).

Outside the hall, in a symmetrical position, two small ‘piazzette’, are environments, which showcase the performative aspects and sculptural examples of Rotella. Complementary spaces that on the one hand they propose films from the Fifties and on the other, in parallel, his activity in the field model through the series of Replicants of 1990: ten porcelain elements that with their title and appearance – between pop and surreal – allude to a humanity reduced to a replicant of itself and without more feelings, such as that marked by the wars in course in the world. 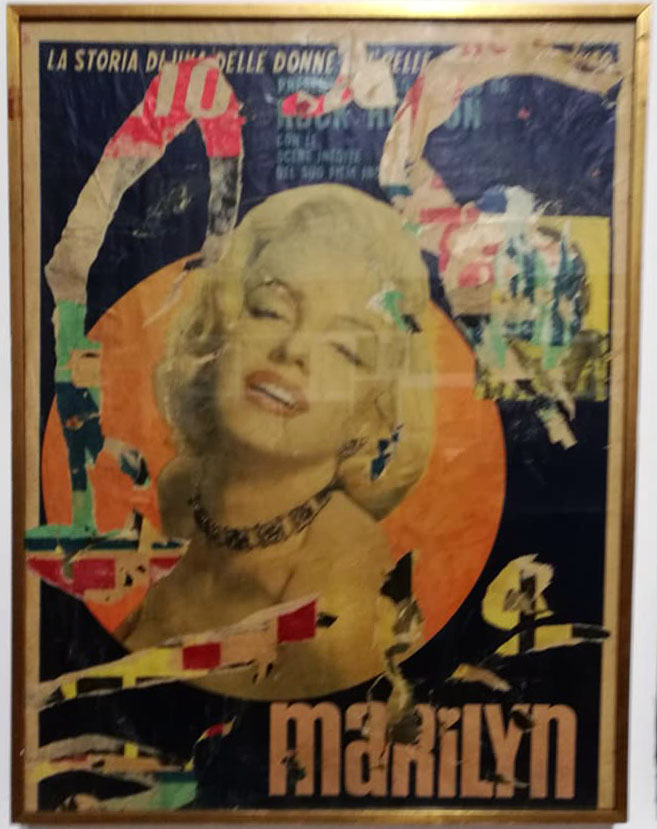 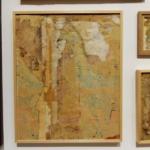 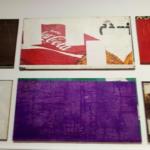 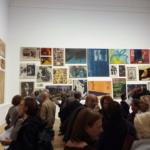 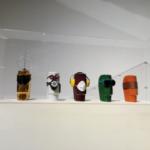 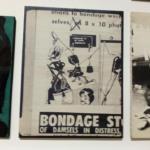 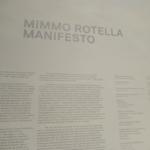 The catalog published by Silvana Editoriale with unpublished texts by national and international scholars contributes to deepen the critical reading proposed in the exhibition by working as an analytical ‘journey’ within the poster-set collections documented with six large leaflets, the leporelli.

Mimmo Rotella: Italian artist and poet who is best known for collages made from torn advertising posters in a medium which he called “double décollages.” He was born on October 7, 1918, in Catanzaro, Italy and studied at the Accademia di Belle Arti in Naples before moving to Rome in 1945. There, he became associated with the Lettrism movement and—along with Raymond Hains, Jacque Villeglé, and François Dufrêne—became known as one of Les Affichistes, an artist group credited as the forefather of Street Art. His first solo exhibition was held in 1951 in at the Galleria Chiurazzi in Rome, and later that same year, he was awarded a Fulbright Scholarship with which he traveled to Kansas City University. In 1961, he was invited by Pierre Restany to join the New Realism movement, whose members included Yves Klein, Arman, and Jean Tinguely. In 1964, he represented Italy at the Venice Biennale. He died on January 8, 2006 in Milan, Italy at the age of 87.