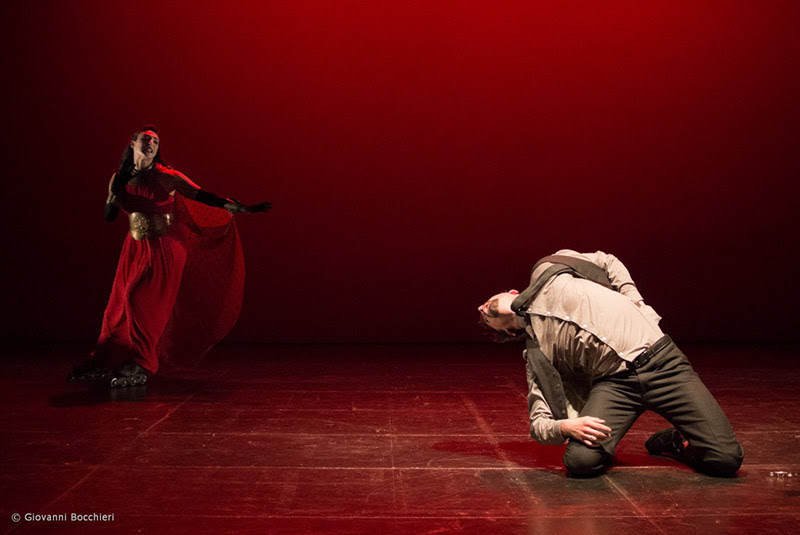 At the Teatro Vascello a play by Pier Paolo Pasolini, Pylades, written between 1966 and 1970, on stage until 1 May 2016. Pylades is a tragedy now revisited at the Teatro Vascello in Rome by the director Daniele Salvo.
For the director, driving the company ” La fabbrica dell’attore (the actor’s factory)”, is the natural result of a Pasolini project already started with “We are all in danger,” a show that takes its cue from the title of the last interview given by Pasolini to Furio Colombo on 1 November 1975.
With “Pilade”, Pasolini reads the ‘”Oresteia”, the representation of a play on the ferocity of the power by which it achieves a breakthrough in Pasolini’s poetry.

Silent Shadow of Orestes, Pylades becomes dominant leader in its unstoppable rise to power up to take the scene completely.
The goddess of Athena “reason”  will lead to a sharing Oreste future.
His sister Electra condemns this transition from tyranny to democracy.
The power over the city shared with the people, it will Argo city of the future?
The shy Pylades, discreet and silent friend of Orestes, will try to shake the torpor of a “reason” (Athena) to him impossible.
E ‘useless … .. because the “false” Orestes revolution is now reality!
Pilade remain alone in his protest, elaborating its contradictions
love for Electra. 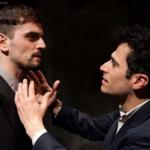 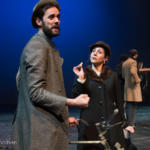 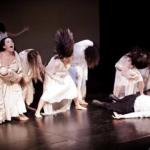 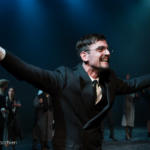 Pasolini is identified in Pilade as an advocate of the poor, the excluded, the “different”.
How Pilades expelled from Argos, the author has the world against him.
The strength and the energy of the representation are unleashed in waves from the stage and impress the audience with broadsides of emotions.