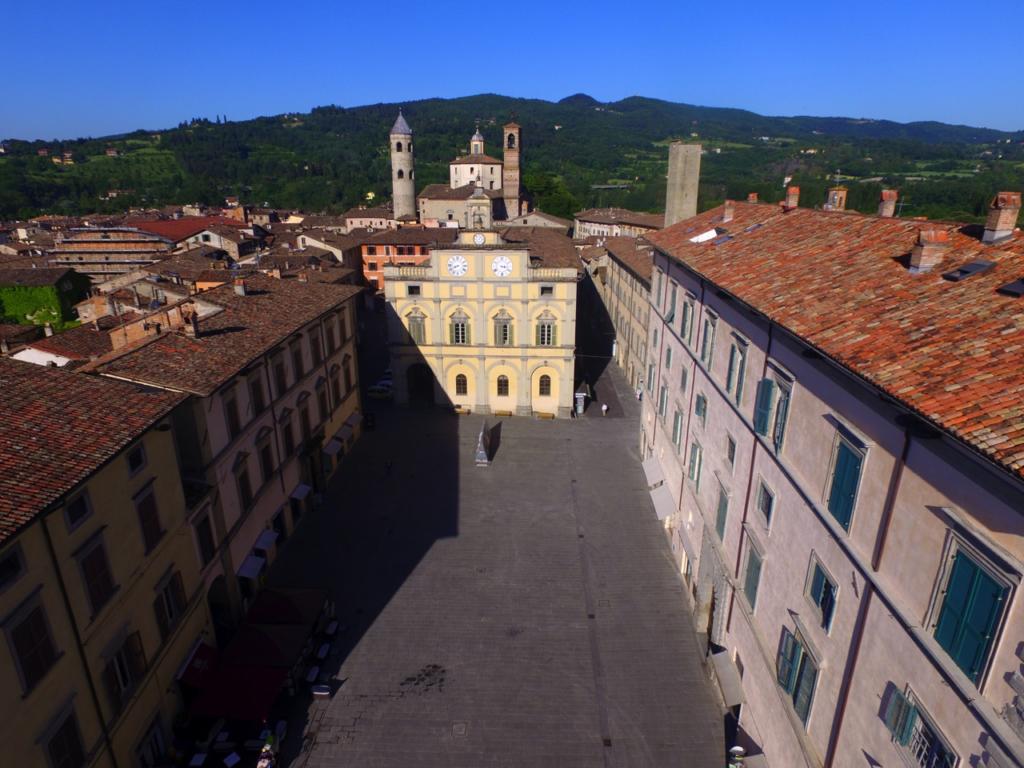 In Città di Castello (PG) on the occasion of the White Truffle Festival, 40th National Market Exhibition in the City from 1 to 3 November 2019. Itinerary of flavors between piazzas and Renaissance views of Città di Castello. Discovering the treasures of some important Umbrian families, which conditioned the history and culture of the cities on which they exercised their power. The Calves of Città di Castello were one of the few Umbrian lordships and between the XV and XVI; they gave history and leaders of fortune to history, like Vitello Vitelli, in the pay of the Venetians and then of the popes. The intent at the time was to make the city a true Renaissance court, thanks to the close relations with the Tuscan courts. the Calves could make use of the expertise of the most influential Florentine architects of the time, they had two elegant dwellings built: find the imposing Palazzo Vitelli alla Cannoniera moving into the south-western sector of the city, in the San Florido Rione. The graffito façade was built on a compositional scheme by Giorgio Vasari, who worked at court together with other important contemporary artists, such as Pontormo and Doceno. 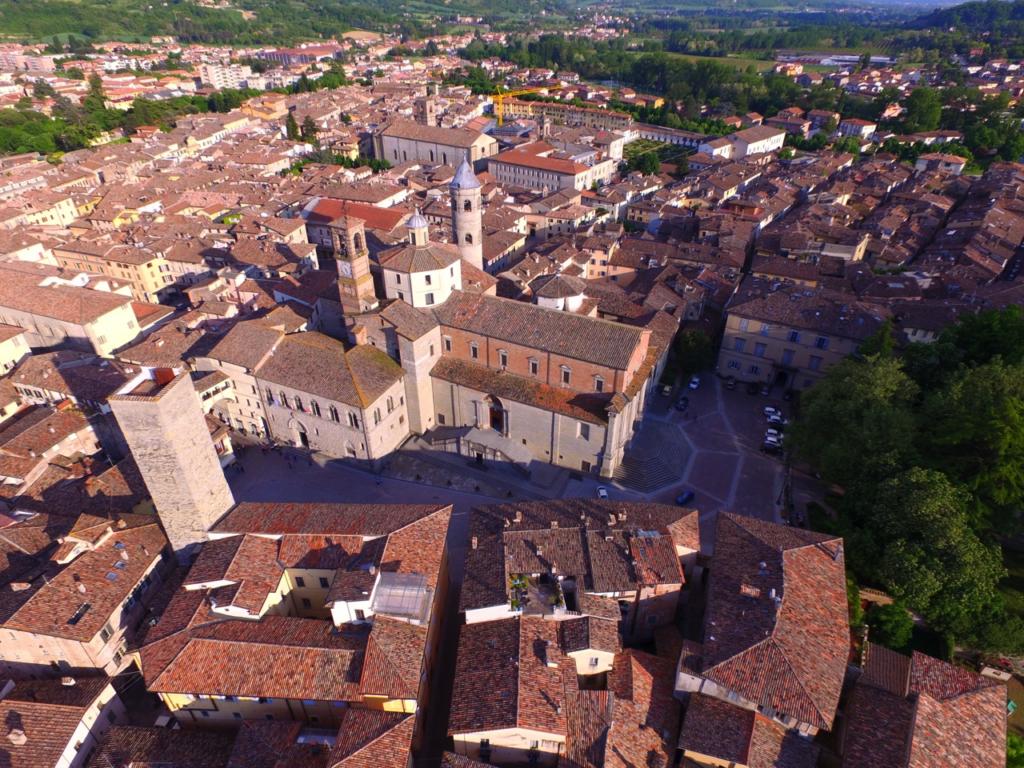 Today it is the seat of the Municipal Art Gallery: in continuity with the artistic vocation of the past, it hosts the second richest collection in Umbria, among which the paintings by Luca Signorelli and one by the young Raphael, who at that time was in the Vitelli’s own service .
Today in the splendid Palazzo Vitelli in Sant’Egidio and its garden and then the Palazzo Albizzini, there is the Burri museum since 1981, upon the will of the master. The building houses the Burri Collection where the artist’s works are visible from 1948 to 1989 and includes about 130 works. 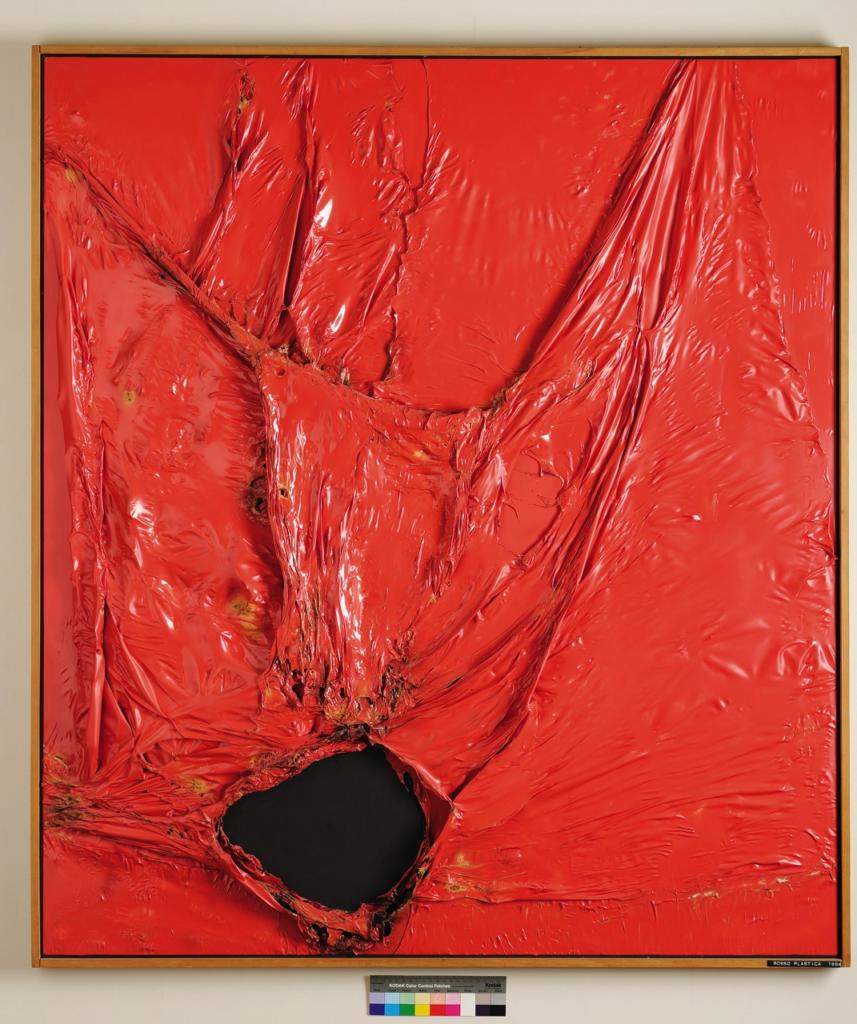 The second museum site of the Collection is housed in the Ex Tobacco Dryrooms, outside the walls along the southern entrance to the city. In addition to the first Catrami and Muffi, one can admire a refined selection of Sacchi, among the most significant of the intense activity of the 1950s. The rooms also host Wood and Iron, Plastics and Cretti, up to large Cellotex. 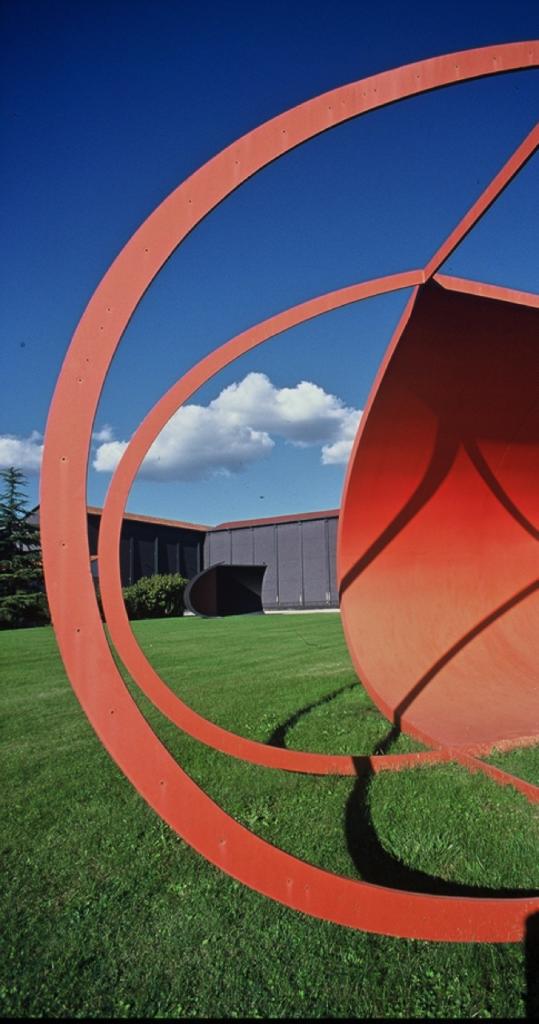 In the next weekend, famous chefs will compete among excellent products, musical evenings, market exhibitions and gastronomic challenges. The restaurants of the White Truffle Club will offer author menus dedicated to the trifola. In the Palazzo del Podestà the Salone dell’Olio returns, in the Altrio del Palazzo comunale the Salone del Vino, in Piazza Matteotti the six local truffle producers will enliven the trifola market, which this year is abundant, of excellent quality and at prices not prohibitive. In the showcooking Parola di Chef the show cooking with the chefs of Parmigiano Reggiano, Slow Food and specialized restaurants. For the occasion, the Trifola finger food was created, a muffin invented for the fortieth edition of the Exhibition, which will be sold exclusively. 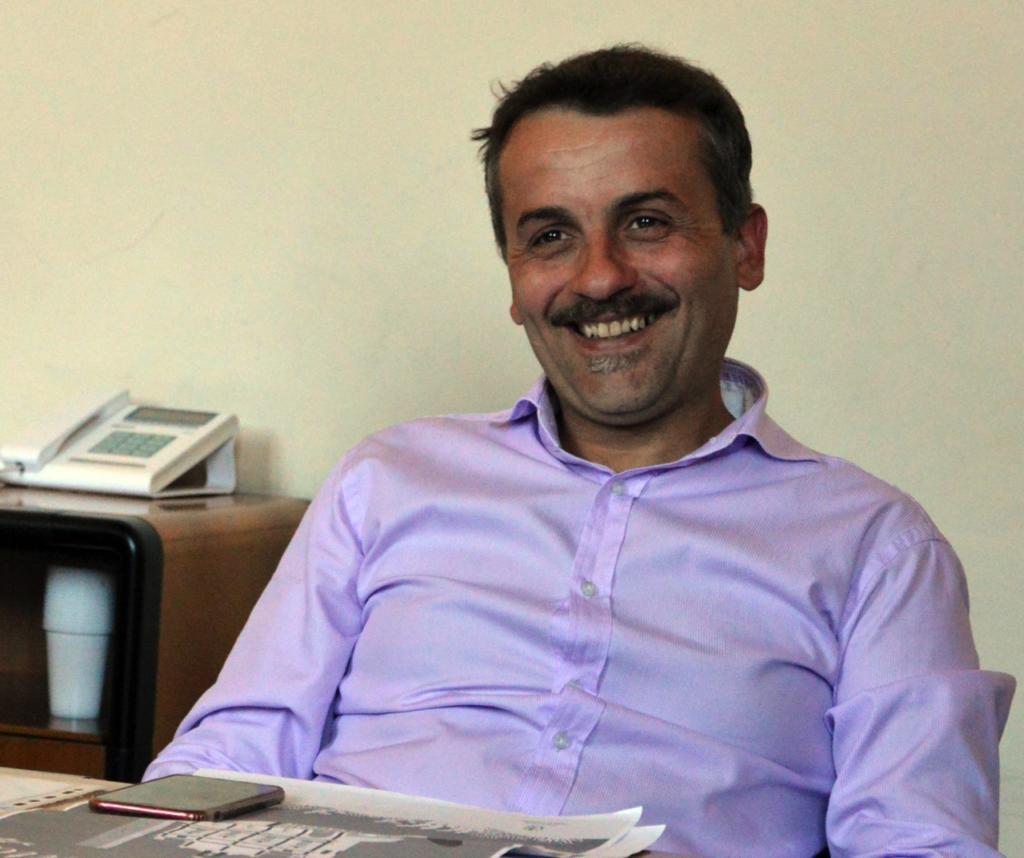 Interview with Riccardo Carletti, administrator of the city: Città di Castello
1) How did it all begin? Tell us a little about yourself …
My youthful passion has always been politics, born from a childhood and an adolescence lived in a city where nobody has six degrees of separation from the other, still on a human scale and where what is human concerns you, they would say my past high school students. Then administering is another game, let’s try to play it, working for your city remains an honor

2) How does the Renaissance marry with the contemporary in Città di Castello? Visiting the city is evident the work of patronage of which they were promoters, today visible in some residential structures of the historical center …

The Renaissance in Città di Castello coexists with the Contemporary in facts: the anthological museum of Alberto Burri, is in a sixteenth-century residence, the Seccatoio are at the gates of the city, indeed I should say to the walls, we have a preserved wall that still runs around in the historic center. We are working on the square that Alberto Burri designed and that will be called by his name, on which the palace of the Signoria Vitelli, Palazzo Vitelli in Sant Egidio, the seat of the documentation center of contemporary art, will appear. Like Burri, Nuvolo, an artist currently very popular, is from Città di Castello and a wing of our Pinacoteca houses his works. In short, it seems an impossible encounter, especially in medieval Umbria, while we “tifernati” (from finernum tiberinum name of the people from Città di Castello), we live it daily and it is very exciting.

3) Today Città di Castello is a city of rebirth with a look always to the Renaissance … what brings?

In the immediate future, the birth of the tourist brand “Renaissance and modernity” with which we are promoting the image of Città di Castello through art and agri-food excellences. For example, we proposed to the market a tour package with Burri, Raffaello and the white truffle, combining culture and food, and the result went beyond the best forecasts. Umbria is still a virgin destination with the exception of the classic places of tourism and soon we will again be a top quality spa destination with the reopening of the Terme di Fontecchio.

4) A unique city in its history, how to improve with innovation, art, tourism, what are the current choices and how can they influence the future of our children?

It brings an almost natural push towards innovation, experimentation. There are challenges that make the wrists shake, like the economic revival, which involves rethinking the pillars on which the economy has so far made Città di Castello one of Umbria’s industrial locomotives. We are working a lot on the young company, both start-ups and traditional companies, manufacturing and sales, new agriculture. Our dream is still internationalization and a short supply chain. The added value retained in the land that produces it so as not to force my daughter, for example, who is seven, to go out to find her dream job. This is why we are very friendly with investors who share a sustainable and, so to speak, glocal model.

5) Big fairs, what about the White Truffle in town, how does it develop and why?
It was born in 1980 the big Fairs, together with the awareness that the truffle and in particular its most valuable variant, the Trifola, white and autumnal, is born here in industrial quantities and has always been part of our material culture even if no one had seriously assessed its potential in terms economic and induced. Thus, looking out, with a spirit of emulation of success, which, far from the capitals, is a healthy growth mechanism, we started to organize an annual fair that this year reaches its 40th edition and represents one of the largest markets of Italian truffle. Although, as we like to say, autumn is only a season … in Città di Castello, truffles are there all year round.

6) How much does art and technology affect our lives, and how much will it always be in the future?

Progress is a value: we must not be afraid of it but in the last twenty years the technology has had such acceleration and has penetrated so much into everyday life that we do not yet know how to manage it and at times we have the impression of being overwhelmed. In reality all the epochal transitions – it is we are in the midst of one of these – are a moment of disorientation but also of great creativity. In the end we will come out different and I like to think better. I refer to the ability to bridge the inequalities that progress has historically had or the possibility of making man less exposed to chance. For example in the branches of medicine. Città di Castello has bet on fiber optics, it is a city of urban Agenda and Digitschool.

7) What do you want to convey to the general public?
That Umbria can surprise you with the spectacle of nature, its infinite resources, culture and monumental traces of the past. Coming to this part of Italy means discovering a very characteristic dimension because the Apennines separated it but also protected it from contamination. Our being a border between Umbria and Tuscany, and first between the Papal States and the Grand Duchy, has mitigated this effect. It is enough to listen to our dialect to understand how we are not comparable to any of the lands with which we confine.

8) And to finish projects for the future? What would you like to do? What would you change and what would you leave?
Personally I wouldn’t change anything. I can’t do it, there are many projects underway and I look forward to seeing them implemented. For my city, instead, I would like it to fulfill its tourist vocation and become a cultural and environmental destination recognized in Europe and in the world. The peoples who come here, never remain disappointed!