The Italian Pavilion is one of the main attractions of Expo 2015 which takes place in Milan. An impressive space whose objective is to communicate to the public the values and excellence in Italian. The Italian Pavilion includes the Palazzo Italy, four buildings on the Cardo and the Lake Arena, a total of 14,000 square meters.

Palazzo Italy will be the beating heart of the Italian Pavilion: a living space, created to host events on the ground floor exhibition space and representation at the higher levels. The building will house inside institutional spaces of the Italian Government and the excellence of Made in Italy with a VIP restaurant on the fourth floor and roof terrace. Building one of the few to remain even after the Expo and who wish to apply to be a center of innovation and progress. 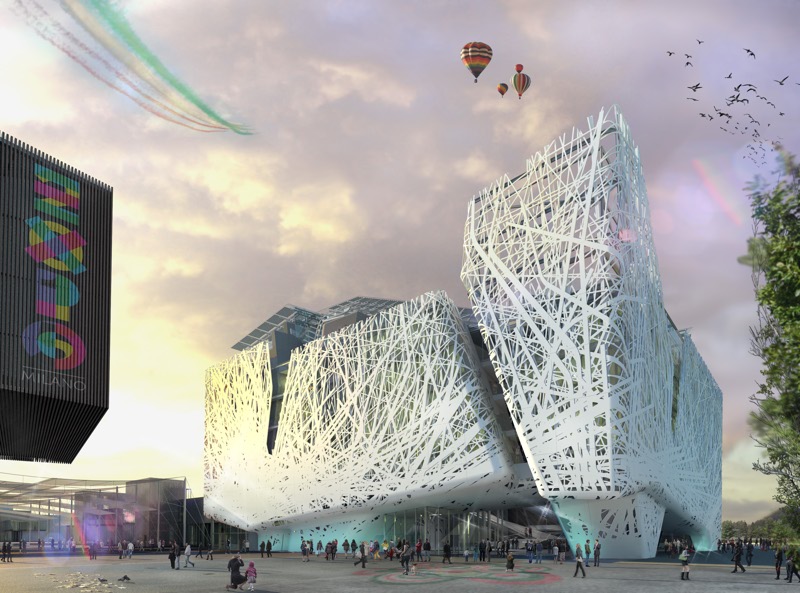 The form was born to be a nursery of New Energies for telling this with a great momentum into the future.
We will have an exhibition of Italian where they will be exhibited the four so-called Powers Italian:
The Know-How with 21 characters who tell stories of Italian opera capable of large companies in the fields of art and craftsmanship. 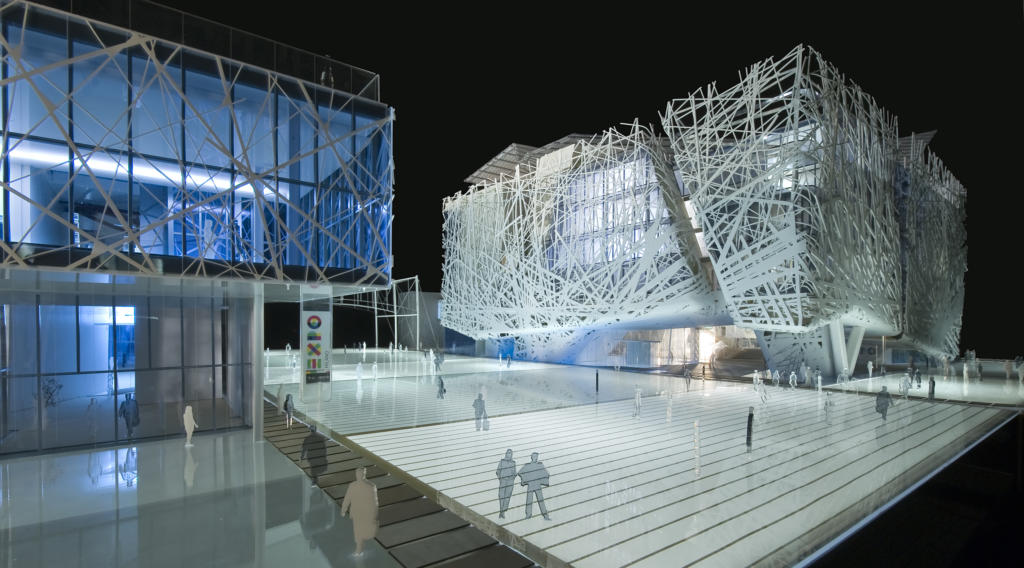 The Power of Beauty with 21 views and 21 architectural beauty to tell the charm of Italy.
The power limit is instead an opportunity to tell the success stories of contexts to limit precisely, a quality typical of the Italian spirit, with a particular focus on agriculture and crafts.
The Italian is the fourth power of the Future, which is represented by a nursery with 21 plants representing the regions of Italy. 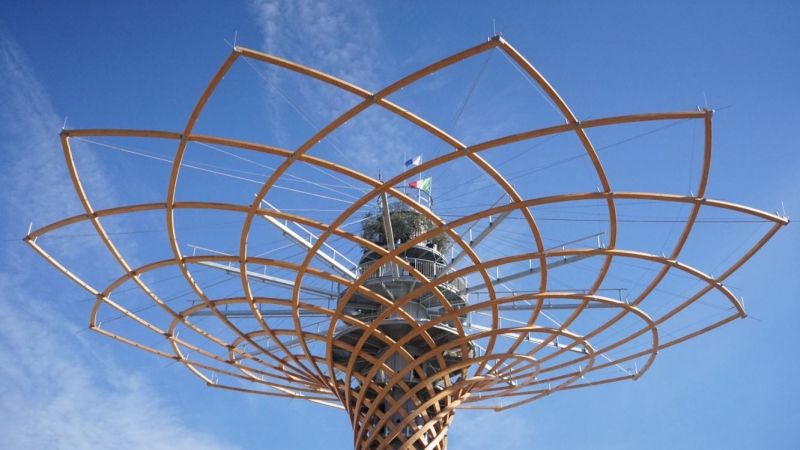 L’Albero della Vita – The tree of the life

It is the symbol of the Italian Pavilion, an icon of femininity and its power to generate and to unite. A unique structure of wood and steel 37 meters high well visible in the center of Lake Arena, created by designer Marco Balich.
Inside the Palace Italy will also see the Italian fruit and vegetable markets through an interactive exhibition.
Another big attraction will be the original space by the Italian Blind Union in which to experience the tragic beauty of blindness through an experience totally in the dark in a long space of 100 meters.

Made in Italy and its values in architectural design

Spaces will be dedicated especially to the regions that will exhibit their excellent qualities of agriculture, tourism and food and wine through the wide open spaces of the library and conviviality.
In Cardo Southwest we will explain the concepts of short chain and sustainable development. Cardo in North-East will be the wine instead the star with the Wine Hall by Vinitaly where tastings and sensory pathways accompany the lucky visitors.
The European Union will be housed in this space and always will be dedicated to present one of the key food supply of man: the bread.
The interior spaces to Cardo will instead optimized to expose other excellent typical of the beautiful country such as ice cream, pizza, beer, mineral water, coffee, dairy products and meats.

The emotion of taste

In short, a must visit, one of the Italian Pavilion, which will give culture and excellence above all tasty emotions.

History: International Exhibition of 1906 in Milan

It is the beginning of 900 when in Milan makes the idea of ​​organizing an International Exhibition dedicated to transportation of water. Afterwards, to celebrate the completion of Alpine tunnel Simplon, he had the idea of ​​associating the “Exhibition on the theme of transport in general and to extend the participation of the whole world.

Initially the Expo was to take place in 1905, but the delay of the works of the Simplon Tunnel had delayed the date to 1906.
A city committee identified in green behind the Castello Sforzesco (whose name became precisely Sempione Park in honor of the tunnel) as the most suitable for conducting much of the event, and was launched a public subscription to get the necessary funds .

The International Exhibition in Milan was officially opened on May 28, 1906.
Participated officially and not more than 40 nations, they were built 225 buildings designed by famous architects of the current at the Sempione Park and the former parade ground (which since 1923 has been home to the Fair) and the two zones They were connected with a modern suspension railway.
In April of the same year it was also inaugurated, in the International Exhibition, the Civic Aquarium of Milan, which still represents one of the greatest examples of Italian liberty.

The exhibitors from all parts of the world, were 35,000 and the total area occupied by the Expo came to one million square meters. They visited the exhibition about 5 and a half million people.
It was a momentous event which promoted the potential of the country and allowed the city of Milan to carve out a leading role on the international stage.