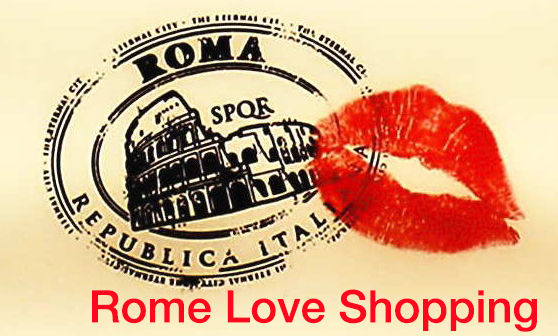 Between Piazza del Popolo and the Vatican, this broad avenue is lined with upscale shops that many Romans prefer to those around Piazza di Spagna because the wide sidewalks and big display windows make shopping easier. Clothing, housewares, gourmet foods, books, and, of course, shoes and bags, along with a Coin department store—Cola di Rienzo has it all, in a high-to-medium price range. Street-corner stands deal in bargain shoes and glassware. Near the Vatican at the west end of the avenue, off Piazza Risorgimento, a score of shops sell religious souvenirs, many of them on Via di Porta Angelica. Via Ottaviano, north of Piazza Risorgimento, has narrower sidewalks and lower priced goods than Via Cola di Rienzo.

The narrow byways and gracious piazzas of Old Rome draw avant-garde shoppers. The secondhand shops of Via del Governo Vecchio are the place to browse for the clothing of yesteryear and for hand-me-down Trifari jewelry, but the street is also becoming more and more known for minimalist boutiques stocked with trendy chic. In May and October torches light the way on Via dei Coronari after dark, and shops are open late for the traditional antiques fair. Via Giulia and Via del Monserrato are also synonymous with art and antiques galleries.

The Rinascente department store, a large Rizzoli bookstore, and classic apparel shops for both sexes set a conservative tone for the lower edge of a hillside shopping district that takes in the more commercial areas of Via del Tritone and Via Barberini. Shoes, bags, classic clothing, and leather apparel, at varying price levels, can be found throughout the area. Via del Tritone has some medium-price and a few expensive shops offering various goods. On Via Veneto are a scattering of high-priced boutiques and shoe stores.

The most elegant and expensive shops are concentrated in the area fanning out at the foot of the Scalinata di Spagna (Spanish Steps). Via Condotti and Via Borgognona are lined with the boutiques of some of the leading names in high fashion: Armani, Versace, Prada, Mila Schön, and Gianfranco Ferré. From the bottom of the Spanish Steps and off to the right are Via Margutta, known for art galleries, and Via del Babuino, where the once-predominant antiques shops have had to make room for designer boutiques. Intersecting the top-price shopping streets are a number of streets that are lined with specialty shops and boutiques of all kinds.

Like a single-aisle shopping mall, this historic thoroughfare attracts droves of Romans and tourists who overflow the narrow sidewalks onto the street, dodging passing taxis and buses. Crowds are elbow-to-elbow in front of display windows chock-full of clothing and accessories. Via Fontanella Borghese, between Via del Corso and the palace where Pauline Bonaparte Borghese lived, has a mix of boutiques and art and antiques galleries. Piazza della Fontanella Borghese, flanking the palace, is known for the permanent stalls selling prints and old books.

The merchandise is mainstream and prices are generally moderate along this wide thoroughfare near Stazione Termini. A host of shoe stores, handbag and luggage retailers, and off-the-rack clothing stores line the avenue. There’s a Upim department store, too. The museum shop in Palazzo delle Esposizioni, the big neoclassical exhibition building in white marble about halfway along the street, has some interesting small objects that make good gifts or souvenirs.