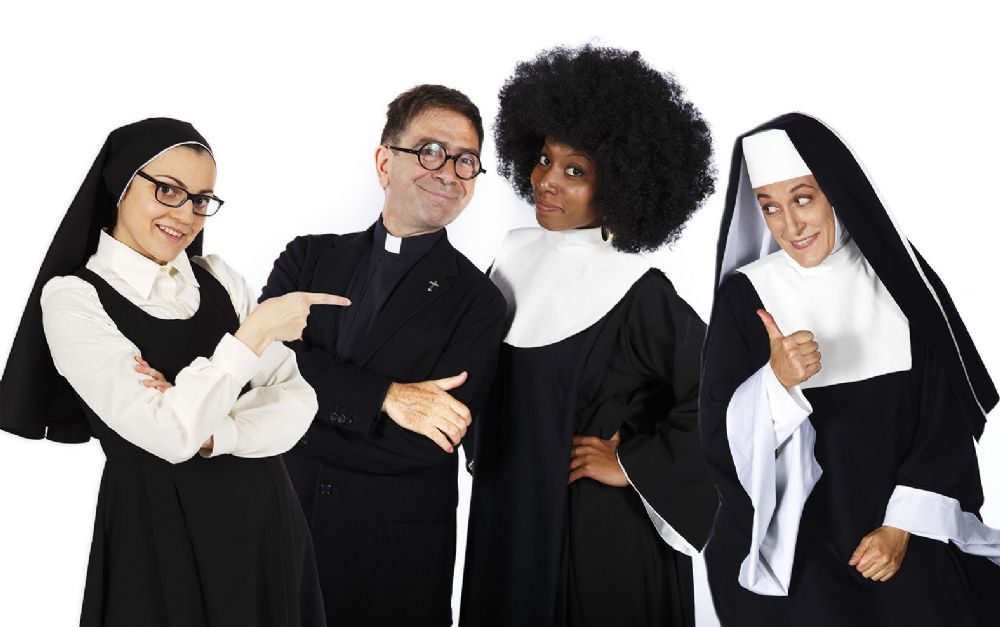 A musical that brings you closer to God, with a smile!

Tuk Tuk, Beep beep, are you hot!? Are you ready to loose your head?!

After last season enormous success and, having won 2 prizes at the Italian Musical Awards 2016, SISTER ACT returns to Teatro Brancaccio.
The Musical is adapted from the film which consecrated Whoopi Goldberg to a fool in nun’s clothes. 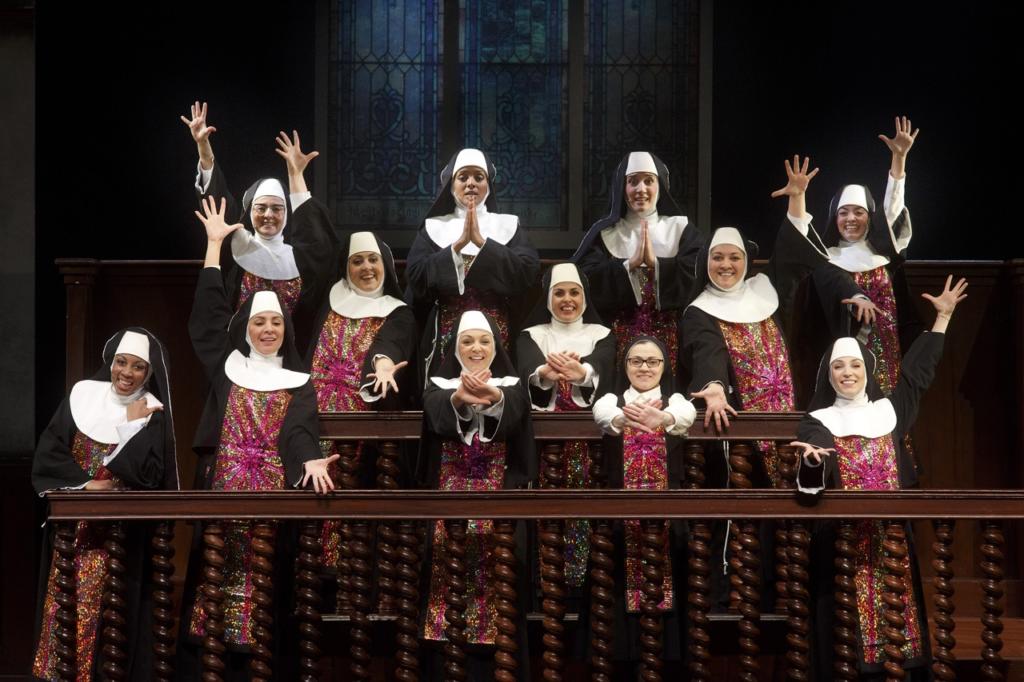 Twenty-five beautiful songs written by Oscar winner Alan Menken -US composer and author of the most popular Disney’s soundtracks “The Beauty and the Beast”, “The Little Mermaid,” “Aladdin”, which range from soul, funky and 70s disco atmospheres to pop ballads in Broadway style and in which are grafted gospel and polyphonic chores.
Text and lyrics fascinate the public in a relentless narration between gangsters and novices, shootings, hand-to-hand, twists and revolvers, rosaries on sequins, crucifixes over red lacquered cruissard boots, with a sparkling ending on top. 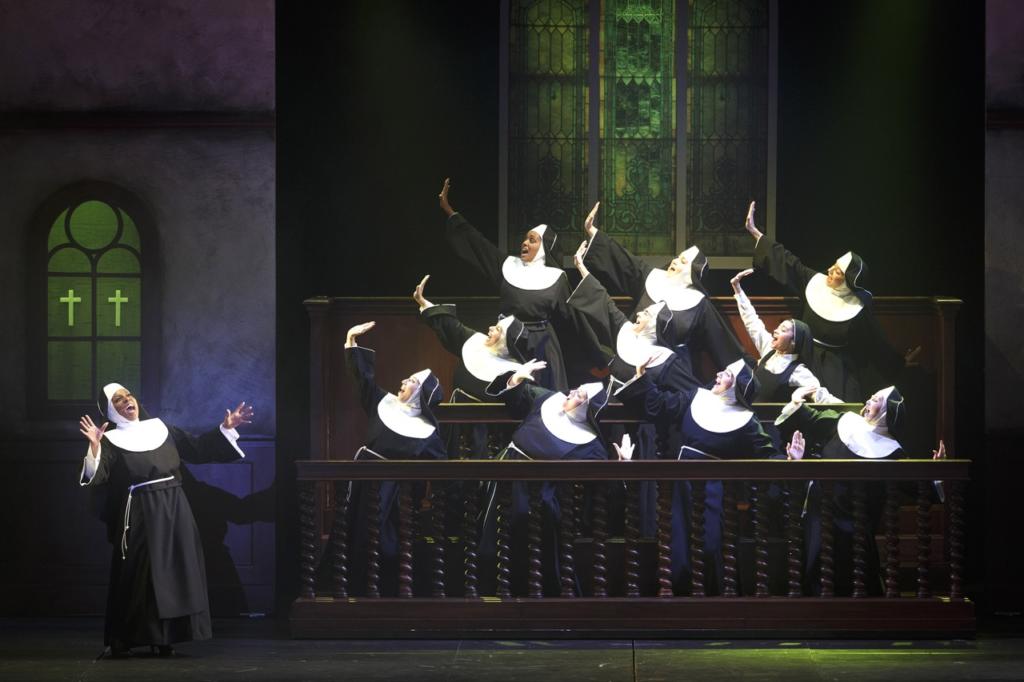 Deloris role aka “Sister Maria Claretta “, a tornado that sweeps the calm of a monastery life is entrusted to Belia Martin, a Cuban blooded from Spain where she was already profusely applauded in SISTER ACT Spanish edition.
” I saw her on stage in Barcelona – says Director Alessandro Longobardi – , she has bewitched me with her performance and that warm black voice, pure gospel style. She has enormous energy, yet simple girl greatly talented; I met her outside the dressing rooms and invited to audit in Rome, where director Saverio Marconi said without hesitation: “Belia is perfect in the role, she is our Deloris”!
Belia has an effervescent character and academic training as opera singer. 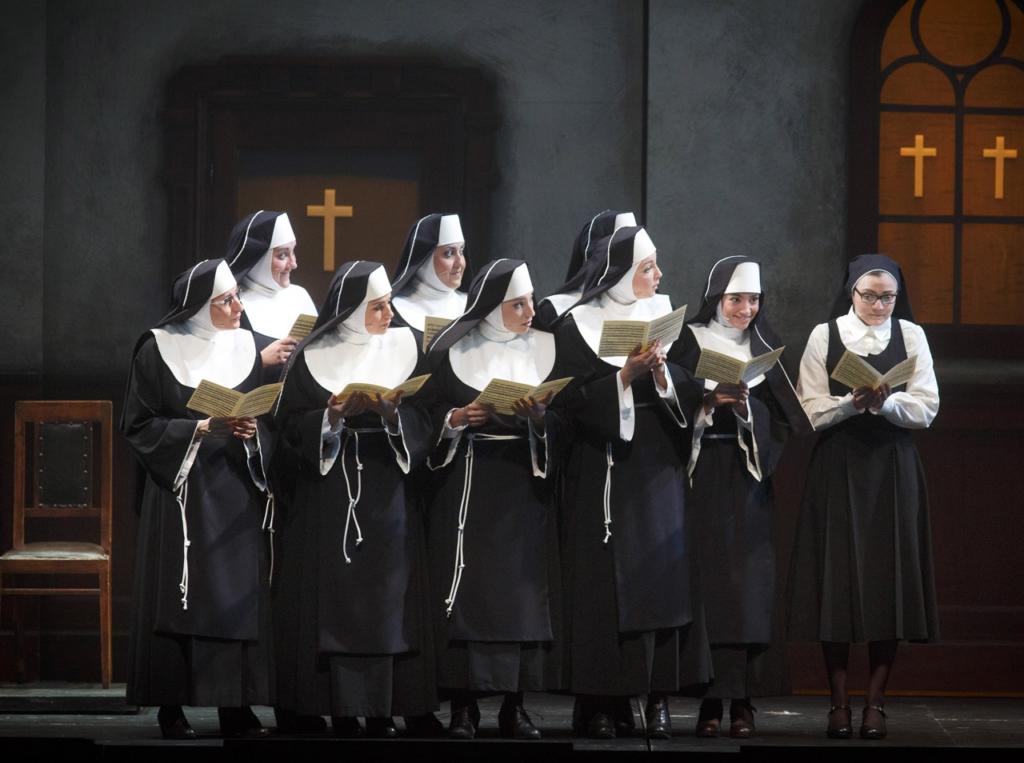 Well-known Pino Strabioli, after his successes in various television programs, is for the first time addressed to a musical, though he does it extremely well in the Monsignore role..with his immense self-irony gift.

Actor, author, television host, a humanly and artistically rich man, Pino Strabioli is nowadays divided working for both the small screen and theater, has worked extensively with all Italian teather and tv talents. 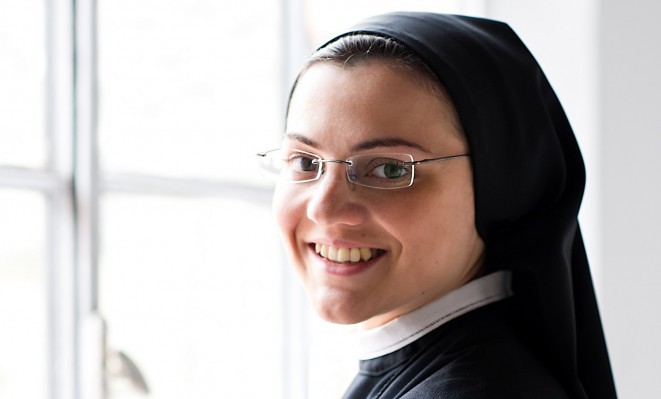 Amongst SISTER ACT artists, does excel in rhythm, voice and accuracy of movements a special guest: the also internationally great success at The Voice Italy, her first album “Sister Cristina“,  led Sister Cristina to embrace the call, the call … (!) for this very musical.
In SISTER ACT she is the rock & roll novice Sister Maria Roberta, deep R & B charisma and mystique.

“My passion for singing and music I think is born with me, and so the vocation : the call I received one day, just while I danced and sang.

I always had the exact dream to share this passion with an audience, which is in fact a gift, and offer it. The way I was then clearly outlined by purifying this aspect of my life dedicated to singing and shift it to my religious choices. The Lord offered the possibility to you, to me, to witness it, come to see me at work, then with a cast and a subject as such I am even happier and grateful! “.

“Now I feel that I can use my voice to express just that: my love for life, my message of joy. But it was indeed a long journey. I was singing with a blues band and I was angry at everything and everyone, with the church and the rules that I thought I was being imposed. It was the classic teenage rebellion. I used to wonder: ‘Why do I have to go to church?’ “. 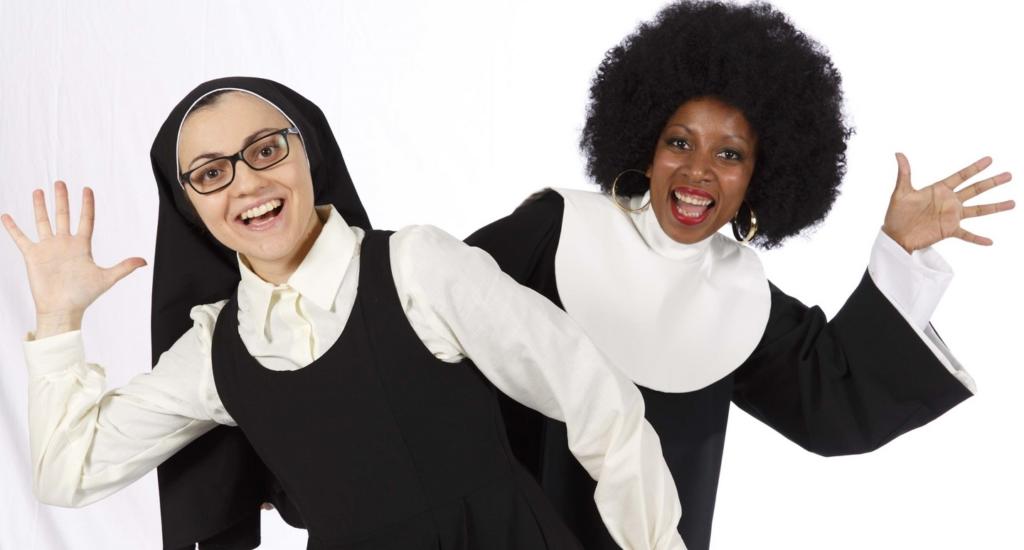 It is certainly unusual to see a nun doing this, for Sister Cristina it is a cure, it is therapeutical, for herself, for everyone. And what connects her even more directly and tighter to God “the music chose me and I the music. What came first? It ‘s like talking about God.’ He chooses you, or you him? Nothing is left to chance. ”

You have to see how furious her beats is during the most rock songs – she’ll always be a rocker. 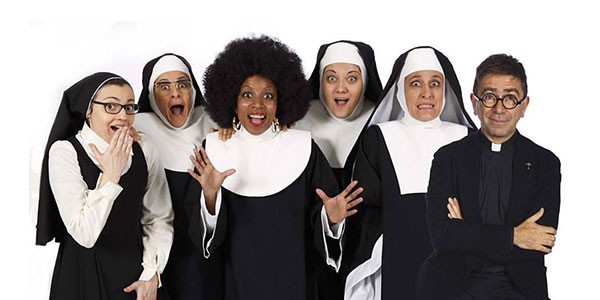 Spending time with her, you realize this dualism is not contradictory, but complementary. It coexist within her deep faith and passion for music, and the  carefully choosen songs for recordings emphasize the beauty of life transformation, songs giving the emotional touch of God upon us:

“..stepping out the darkness of my crisis, God has touched my soul and gave me back the dignity of being his daughter. I found a new place, from where to start. ”

Cristina entered the novitiate of the Ursuline and The Voice message has toured the world, actual proof people need this kind of message that goes beyond structures and barriers, … “… but I expect a phone call soon, a phone call now ..! ”

Masterful the set design, SISTER ACT is an Italian production Musical on tour in many Italian cities, this week still in Rome; a musical to go back to see, to comprehend in deeper detail every mastery to be savored and remembered always. 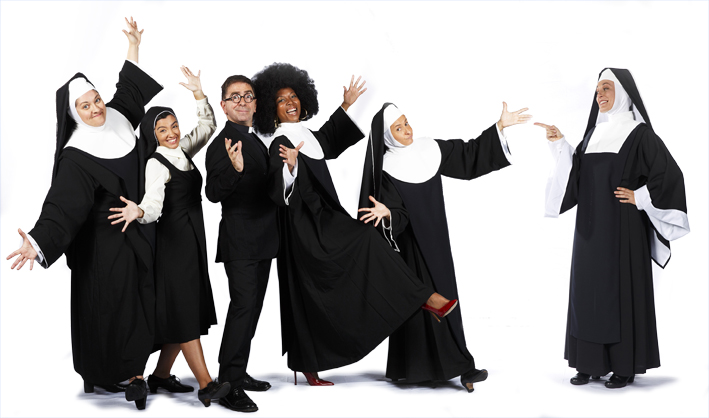 Two messages we brought more strongly home:  on Friendship the first, on Love the second

… “but you’re my friend, I want to exactly know what I give up before making this decision on us turning away …” … 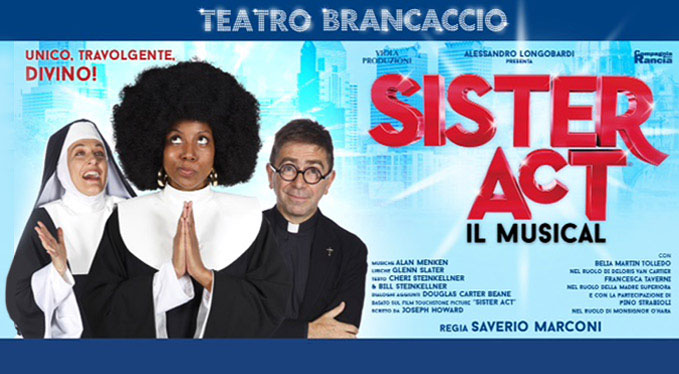 based on the Touchstone Picture “Sister Act” written by Joseph Howard 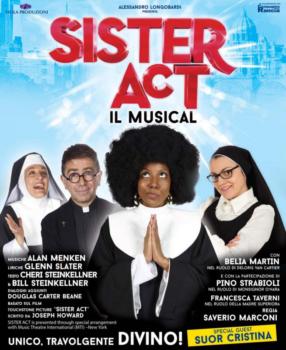 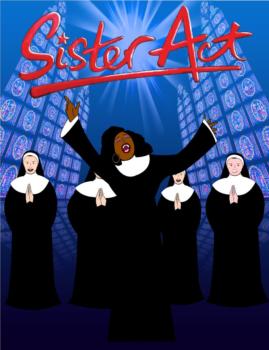