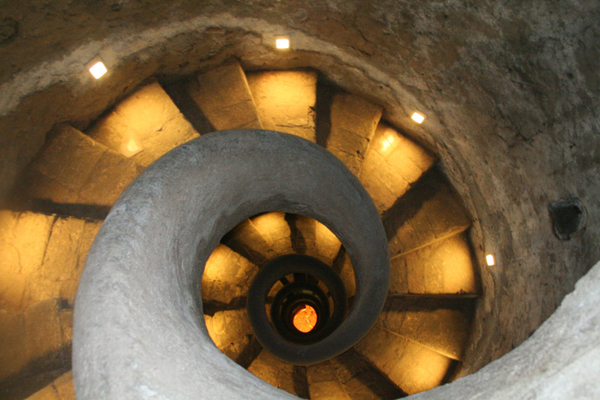 The staircase to descend into the Vergine aqueduct.

Most Romans ignores the existence of a parallel city in the underground. Directly below the modern Rome exists an other city difficult to access and often not yet fully explored.

Some associations, born from the founders passion of caving, in addition to the main activity of the study and exploration of the underground, they also provide visits opened to the public in some significant underground places of the city.
Rome Central with its local editors decided to devote a series of new posts to the most significant “caving tour” following a selected program of visits. We will take you in the dungeons of Rome, above all we’ll do it with a keen interest in history and archeology. 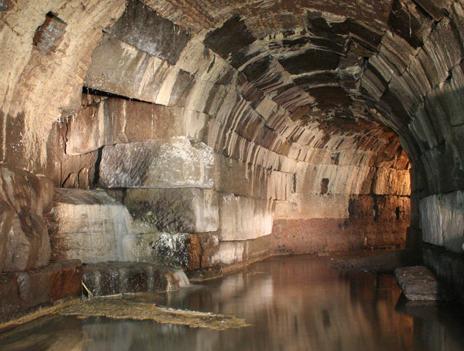 A stretch of the Cloaca Maxima, the oldest functioning sewer of Rome.

In Rome there are hundreds of archaeological sites, groundwater, known and more or less accessible. Rome is a city of more than 2700 years old, suffered invasions, fires, floods and destruction.  Rome grew up over several geological events and political, the town has depopulated during the centuries but has increasingly begun to grow to its current size. A city like Rome preserves underground different and valuable pages of history.

Rome has several caves in its subsoil, both natural and artificial. Nearly all Romans for generations know that “Rome underground  is empty“, so that the people have always been handed down this knowledge. The reality is, however, ‘that almost no one has ever tried to see what is under own building. The historic buildings have important foundations , often with large water tanks containing both natural and artificial. More than 2000 years ago, the architects and engineers Romans knew the techniques of construction of foundations for buildings that would hold many many centuries.

In addition, the subsoil of Rome has always provided the raw materials for building. The great imperial palaces, public buildings, temples, baths built during the empire needed raw materials from construction as tuff and pozzolana that were just the “cave” of the city. In the centuries was used then the material of the subsoil of the city so that it has developed a type of underground environment today is very extensive.
Rome over the centuries has risen by several meters, even in some cases raising even 25 meters. This elevation of the city is mainly due to earthquakes, even devastating, accompanied by numerous fires, not to mention the countless flood of the Tiber, aggravated by discharges of debris, which over time have lifted up, meter by meter, the original level of footfall burying roads, buildings, parts of villas, nymphs and temples. All this from the underground heritage unknown, and partly secret, which we will explain in the next articles. 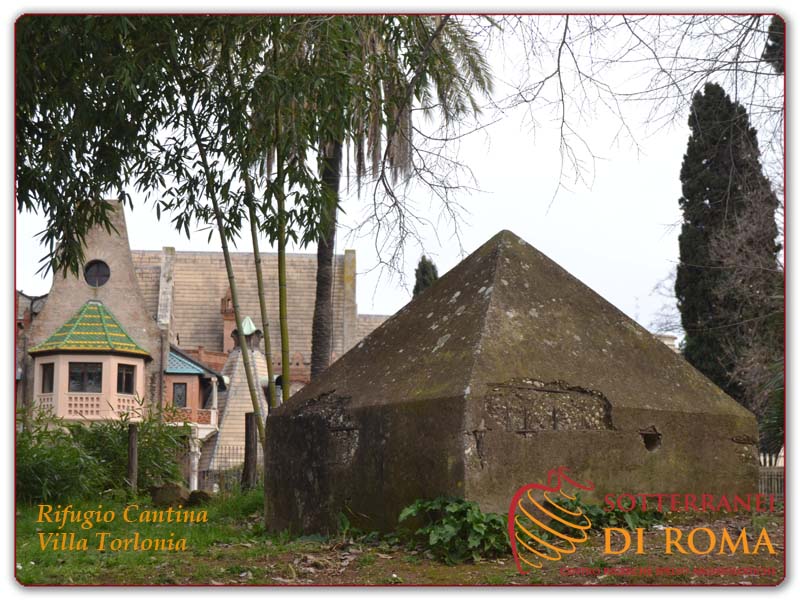 Next week we will visit with The association Underground Rome, the Bunker Mussolini’s Villa Torlonia, definitely not purely a start caving, but for beginners a good start to exit the ground paths. 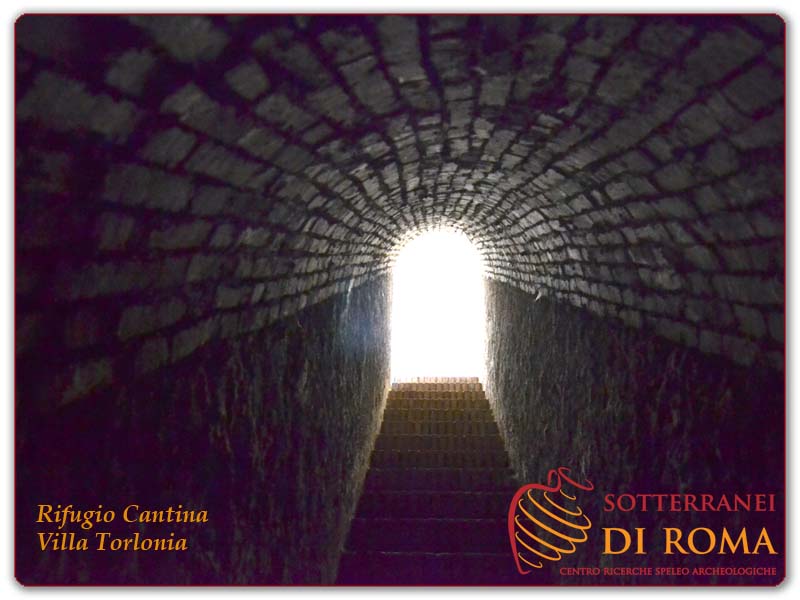 This organization consists of two associations:
The Underground of Rome (Sotterranei di Roma) and the Archaeological Research Centre Caving.
Sotterranei di Roma (Dungeons of Rome), has the main objective to promote knowledge, study, preservation and enhancement of the archaeological heritage and environment of the underground in particular the city of Rome, especially through the organization of events such as guided tours, seminars and themed events.
The Archaeological Research Center Speleo pursues the same objectives but with different means, ie through a study activity, exploration and research that sees the application of multidisciplinary methodologies derived directly from geology, from caving progression, from archeology.
The research activities are promoted through collaborations of study with the organs deputies to the protection of the archaeological heritage as Superintendents, universities, municipalities and government agencies.

i3factory.com
2 comments to “Under the City in the basement of Rome”