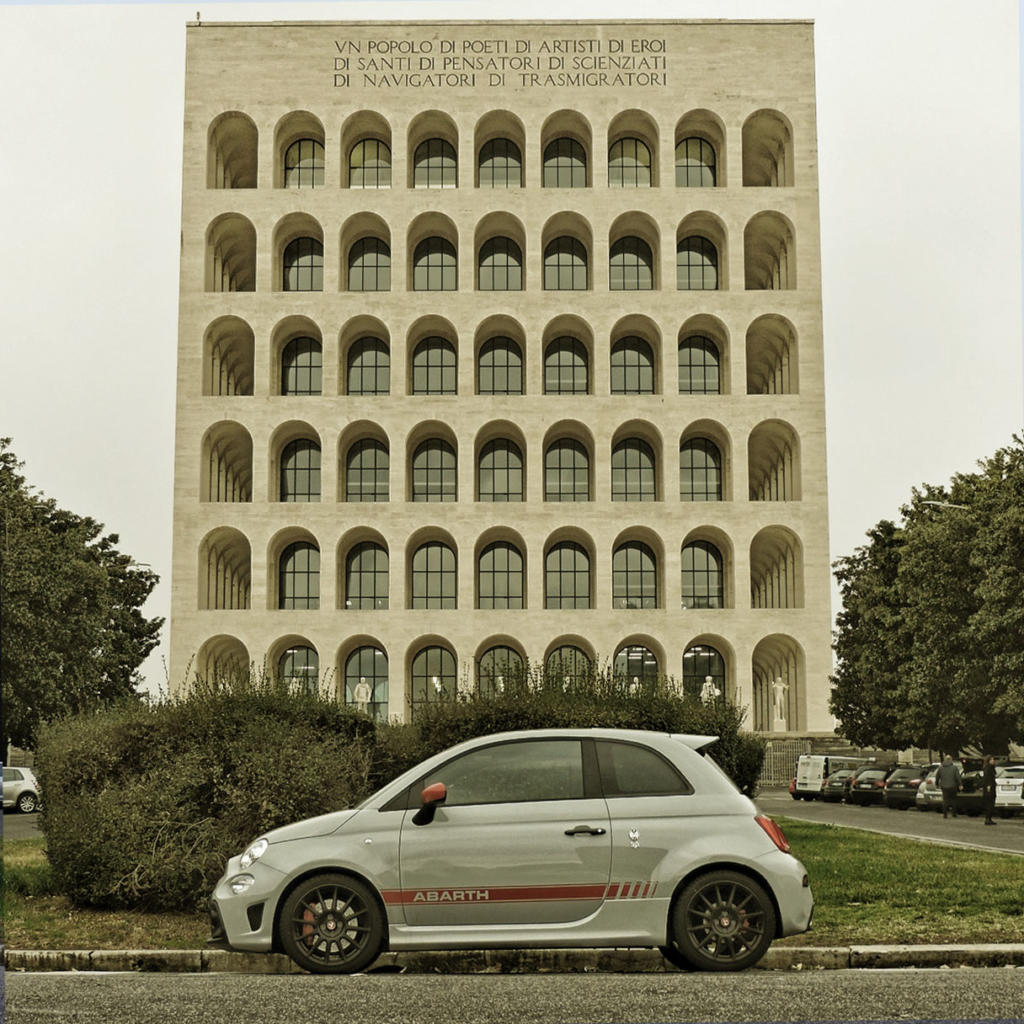 Abarth’s history dates back to the second after the war, when its founder, Karl Abarth (later Italianized Carlo), after a career as a driver of both cars and motorcycles, took over the material of the failed “Cisitalia” (former Turin car factory) with the aim of making racing cars. 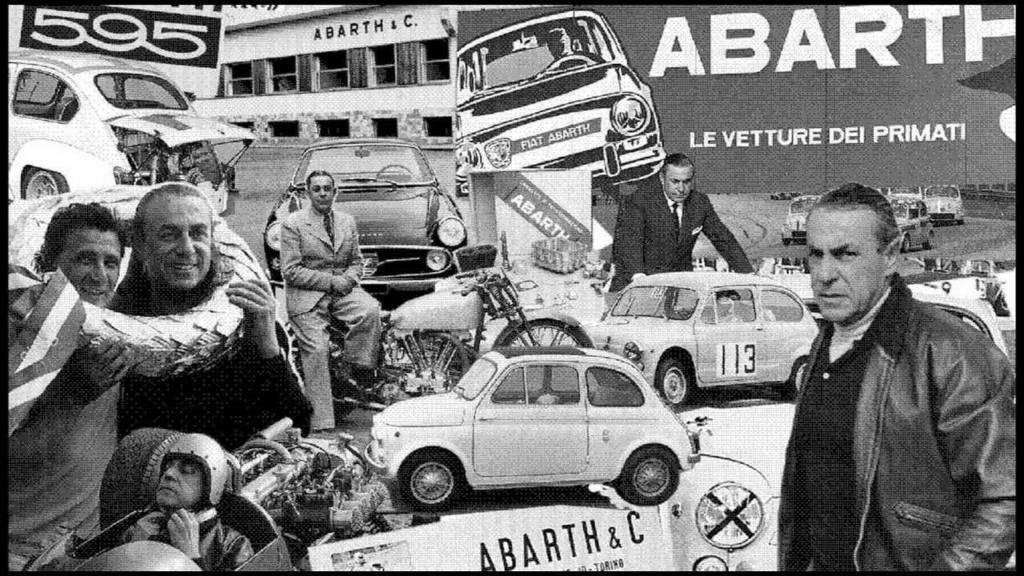 Abarth’s success began with an accessory that would later become very popular, the “Abarth exhaust“. The peculiarity of the exhaust lay in the fact that it was lined with glass wool to increase performance and emit a unique rumble. Later on, the former Italian-Austrian driver became a designer and transformer, particularly of small cars, thus giving fans the possibility to modify their cars with simple processing kits sold in the unmistakable wooden transformation box. 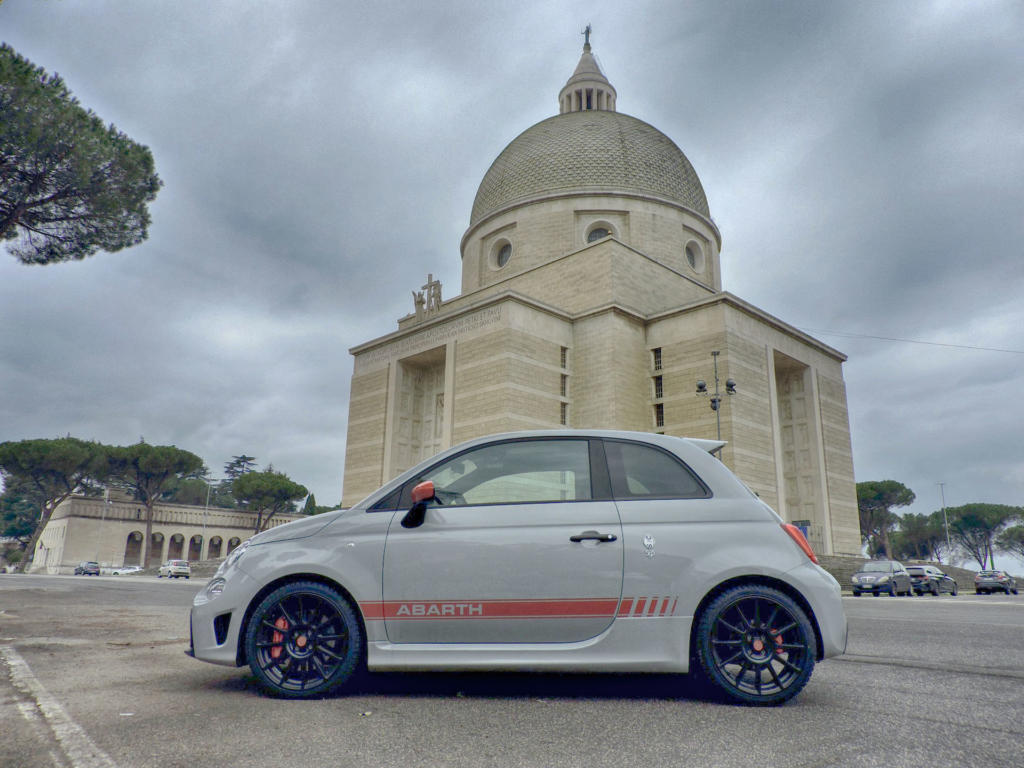 The car manufacturer’s logo has always been the scorpion, which has evolved stylistically over the years; Karl Abarth chose the scorpion as his logo, not only because it was his zodiac sign, but above all because he was looking for a unique brand that would distinguish him from all other car manufacturers.
The scorpion is placed in the centre of a shield, an emblem of victories, with a yellow and red background, the colours of Merano, the birthplace of the designer’s father. 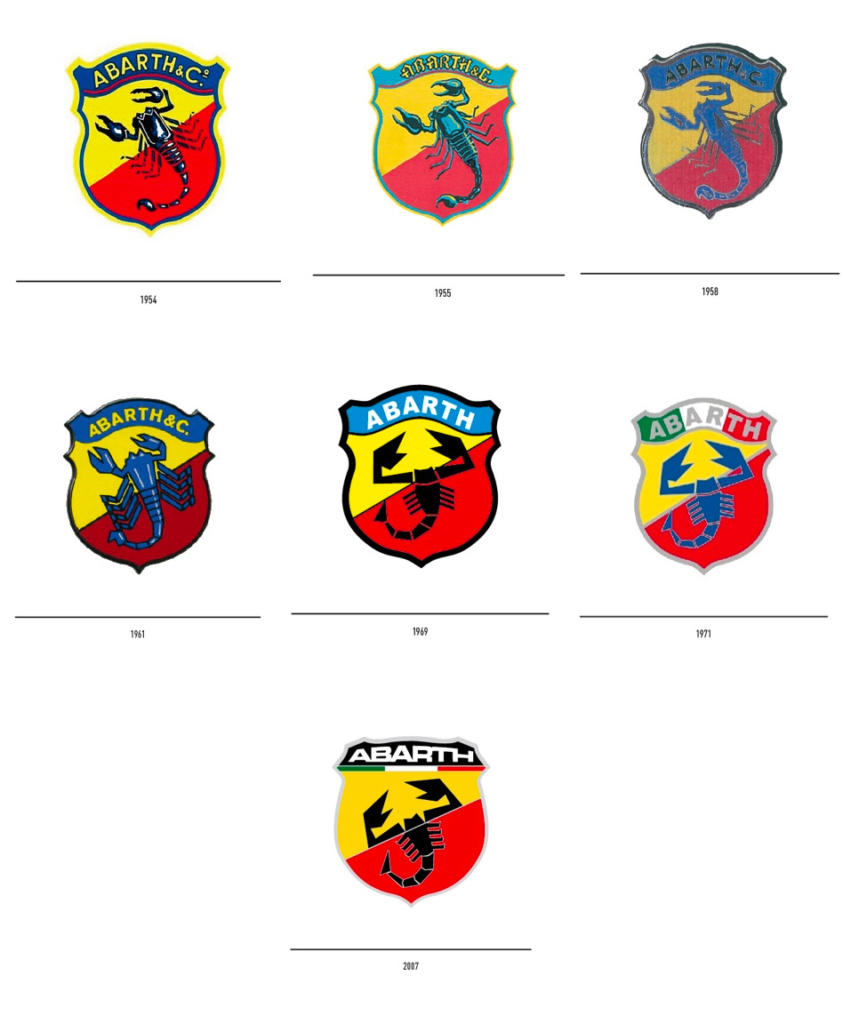 (evolution of the Abarth logo over the years)

Today, 70 years after the founding of the brand, Abarth continues to produce cars, and does so by creating little beasts with the same spirit and passion that Karl Abarth put into his creations, in search of “always faster” and “mechanically perfect”.

In the current Abarth price list we can find the 595, a Fiat 500 “peppery“ by the engineers of the Turin-based company in four versions. The entry level model of the 595 is the 145-horsepower version, followed by the 595 pista 160-horsepower, the 595 turismo 165-horsepower and finally the 595 competizione with oversized turbine and revised engine control unit capable of delivering 180 horses. 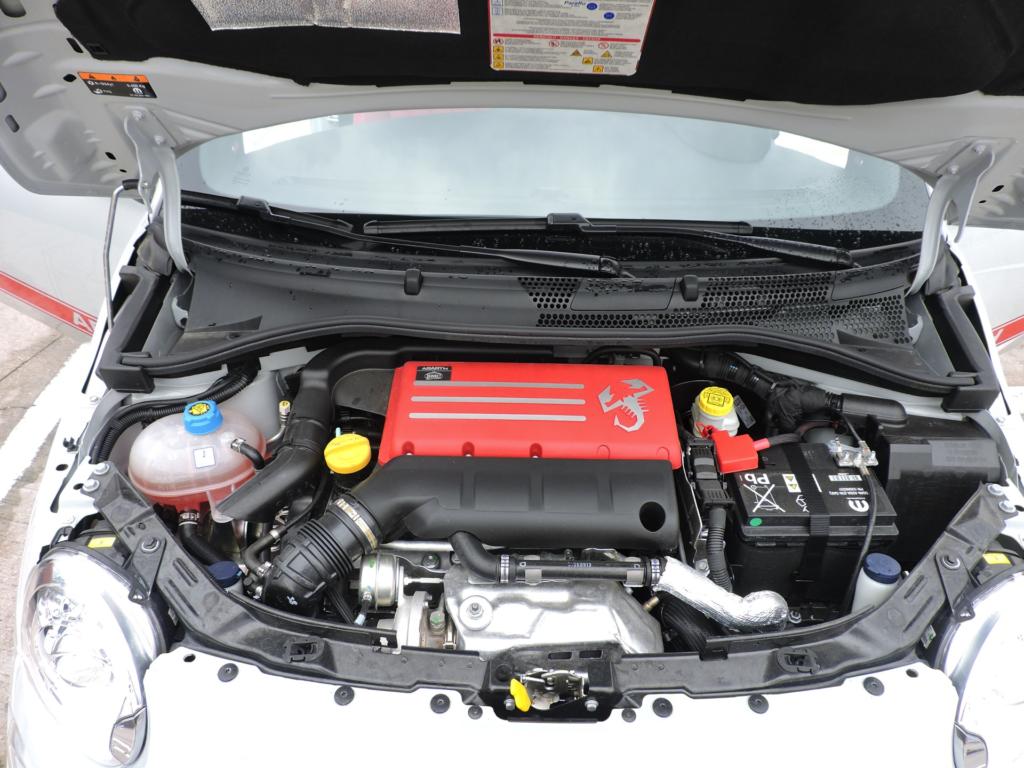 The 500 Abarth has a gritty look thanks to the aesthetic features such as the rear spoiler, the side splitter, not to mentioned the black 17′ rims and the stripes on the sides in the same colour as the mirrors that give it great naughtiness and sportiness, so much so as not to go unnoticed making it a magnet in the eyes of all.

The car under test is a competition, this one is equipped as standard with the “record monza” exhaust characterized by having four end pipes all chrome-plated, two on the right and two on the left, which give the car, in addition to a greater visual impact to the rear diffuser, a very involving rough sound able to excite everyone, both inside and outside the car. 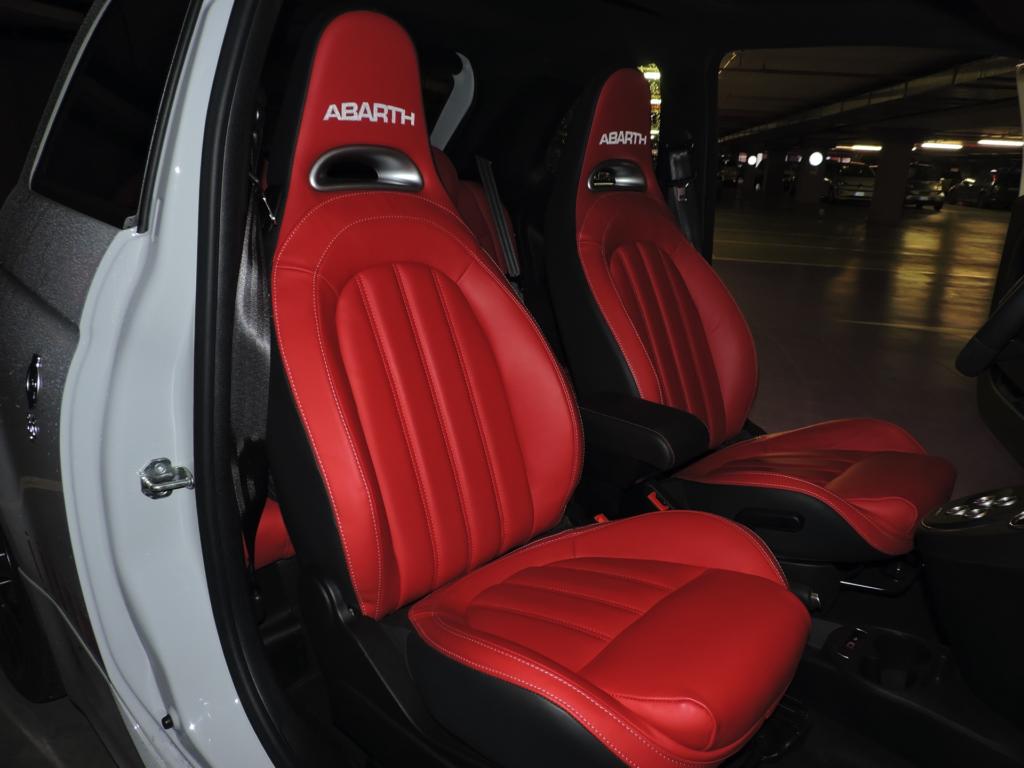 The abarthina is equipped with the well-known 1.4 Turbo petrol, an engine that makes you have fun thanks to the 180 horsepower delivered that is enough and advances on a car that weighs just over 1000 kg. The wheelbase of just over two and a half metres makes it very funny in a succession of tight bends, even if the seat and the centre of gravity of the car are too high and make it lose the feeling of sportiness. The rigid set-up, almost go-kart style, tries to put a patch on the chassis problems of the car even if it doesn’t work miracles.

Once you open the door and get inside the car you can smell the scent of the leather, red leather that not only covers all the seats but also part of the doors. The racing aspect inside the car is evident from the beautiful carbon fibre dashboard that gives the feeling of being in a real racing car. The most beautiful component inside the car in my opinion is undoubtedly the steering wheel. The steering wheel is the perfect synthesis of sportiness and elegance, it is a triumph of noble materials such as leather, alcantara and carbon fibre inserts including the viewfinder on the top. The shape is the right one, cut underneath like all sports cars that respect each other. 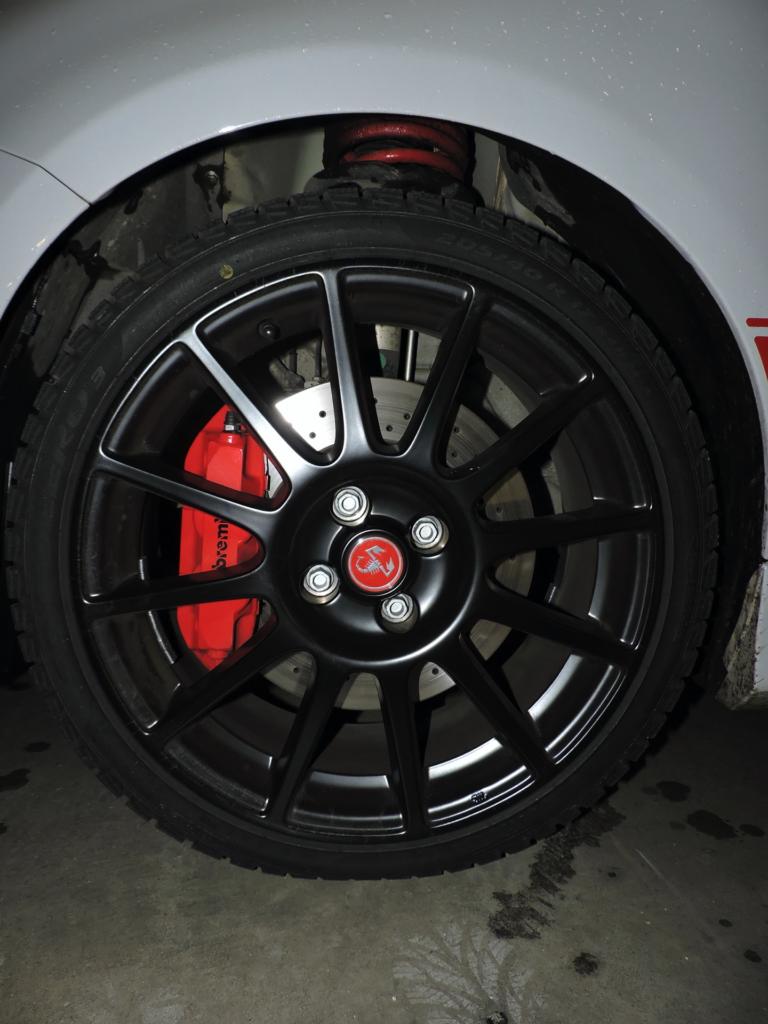 The Italian character of the cinquino can also be found in the use of components such as the Brembo braking system, a leading Lombard company in the sector. In addition to being equipped with giant perforated discs for a 500, beautiful to see, the system is also equipped with large brake calipers that can be customized by the customer when configuring the car. In the case of the car under test you can see in the design of the black rims of the spectacular red pliers that enhance even more the details of a car that the lucky owners can sew on.

A particularity present in the 2019 models is the distinctive badge with the inscription 70 which indicates the 70th anniversary of the founding of the house of the scorpion 1949-2019. 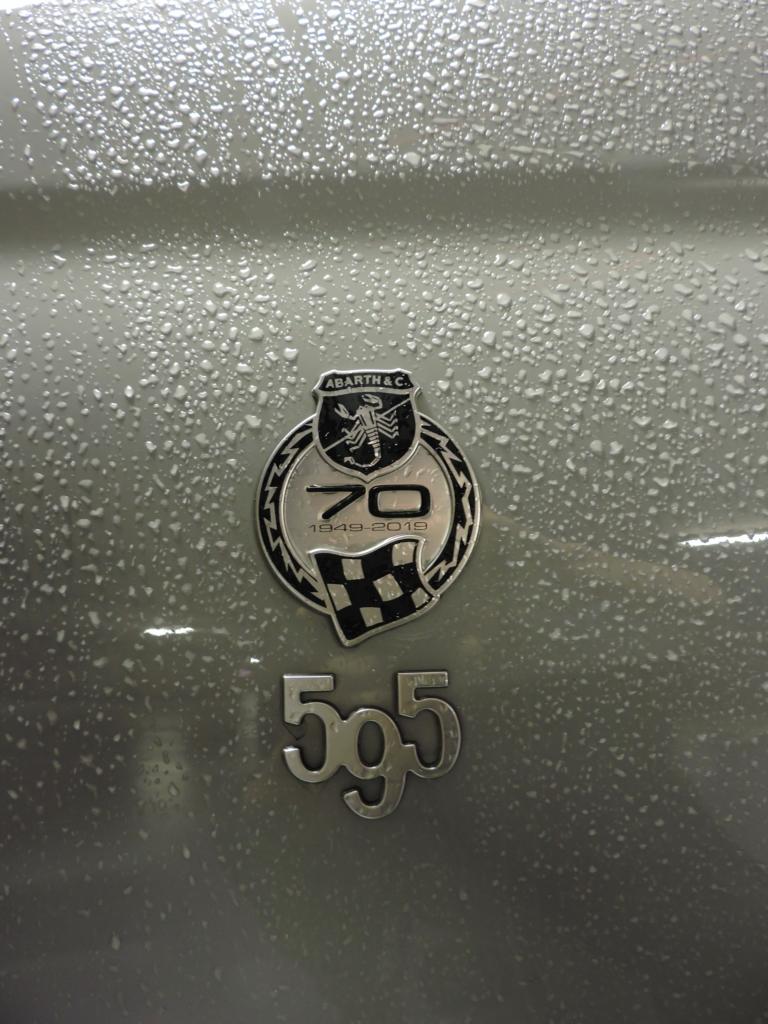 The most striking thing about the little beast is its double soul, in fact, by pressing the sport button inside the carbon fibre dashboard the active exhaust valves open giving a crazy sound even when stationary, the power steering becomes very heavy making the steering wheel a blade and the throttle response becomes immediate thanks to the turbine that enters pressure already at low revs delivering a crazy torque to say the least.

There is no shortage of performance, the car goes from 0 to 100 in just 6.7 seconds and reaches a top speed of 225 km/h, an impressive figure if you think that the car is derived from the Fiat 500! 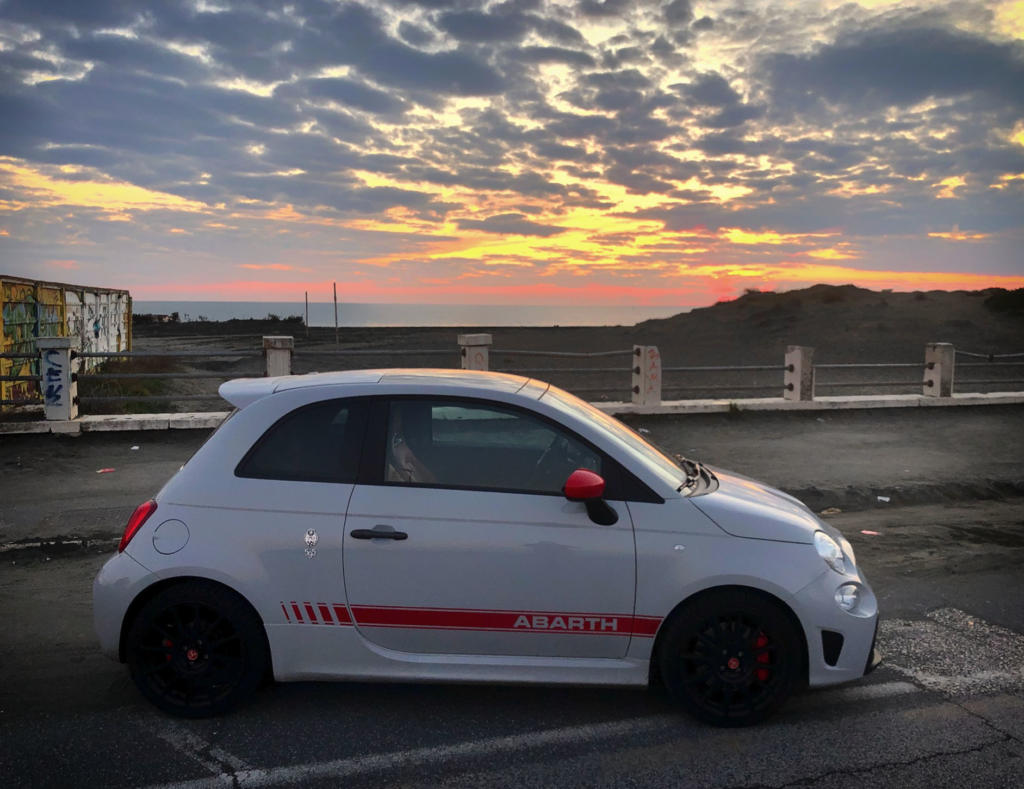 All in all, you can feel that the car was born from an entirely Italian project, from the typical lines of the pencil of Italian designers such as Lorenzo Ramaciotti, a pupil of Pininfarina, from the development of an engine born in Turin by Abarth engineers that, thanks to the “monza record” exhaust, gives a timbre and a sound typical of the old Abarths; from the use of components from leading Italian companies in their sectors such as Brembo for the braking systems and Sabelt for the seats, also this Piedmontese company known throughout the world of motor-sport. 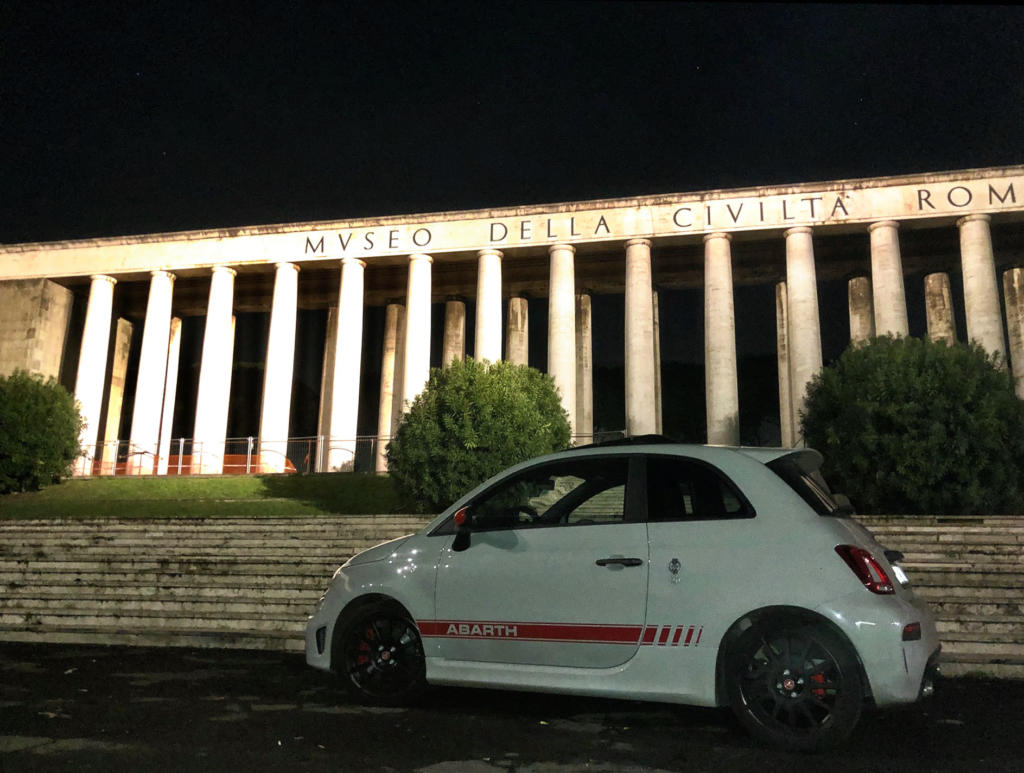 The car is therefore the perfect synthesis of all that is Italian automotive know-how. It is an all-Italian product, and as such, it is not only its extreme performance and the design made with method by the constructors’ team that makes it unique, but above all the emotions it gives. 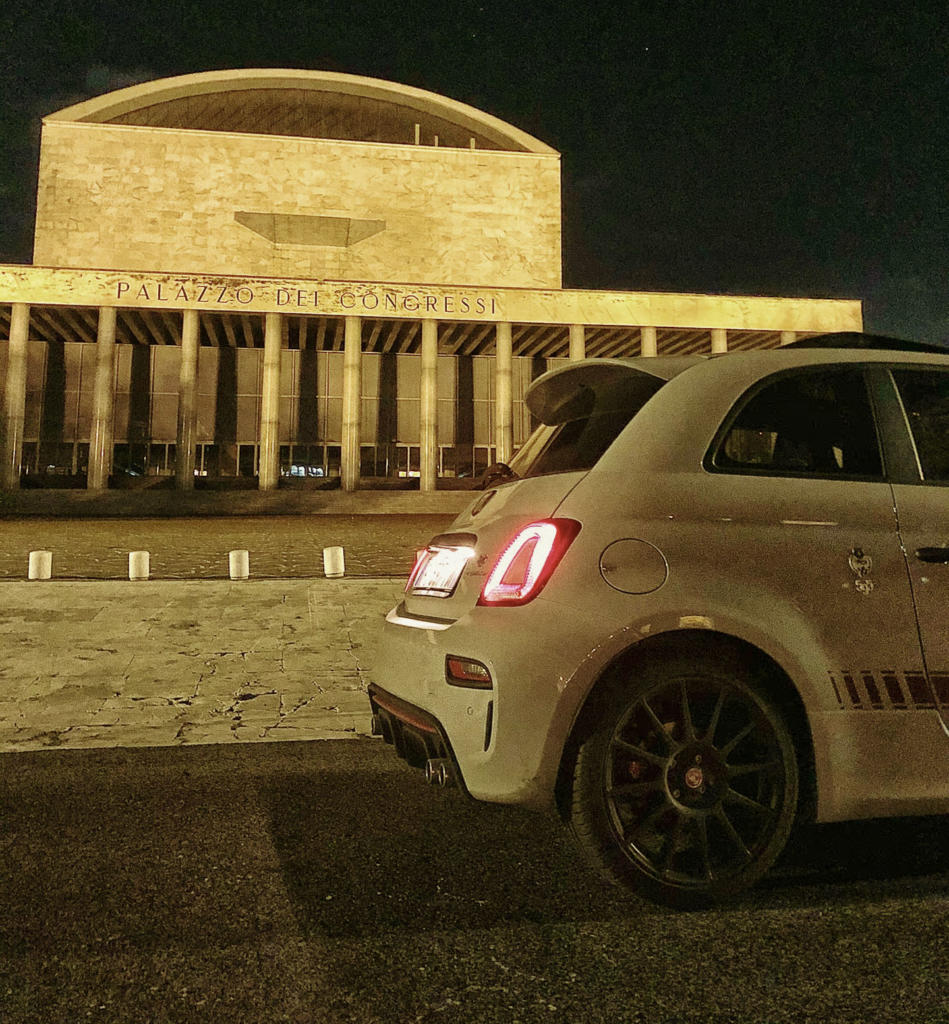 It seems almost impossible that such a small car can give such great emotions, and yet the go-Kart feeling, the arrogant roar that overwhelmingly enters the vehicle, the driving dynamics, are all elements that really entertain and make you forget you are in a car that comes from a small hatchback. 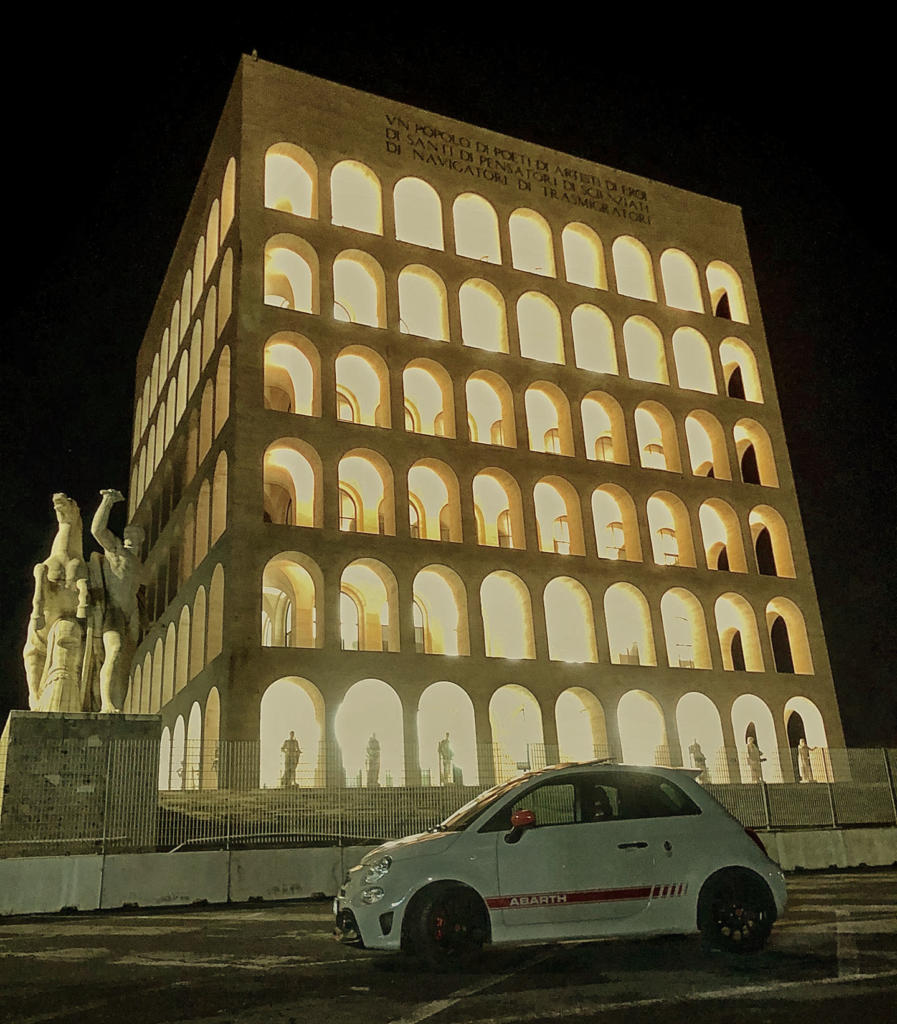 It’s a car that can be used in any situation, from weekend track-day where you can wring its neck to the chaotic city traffic where its city car size makes it sneak away into urban streets. 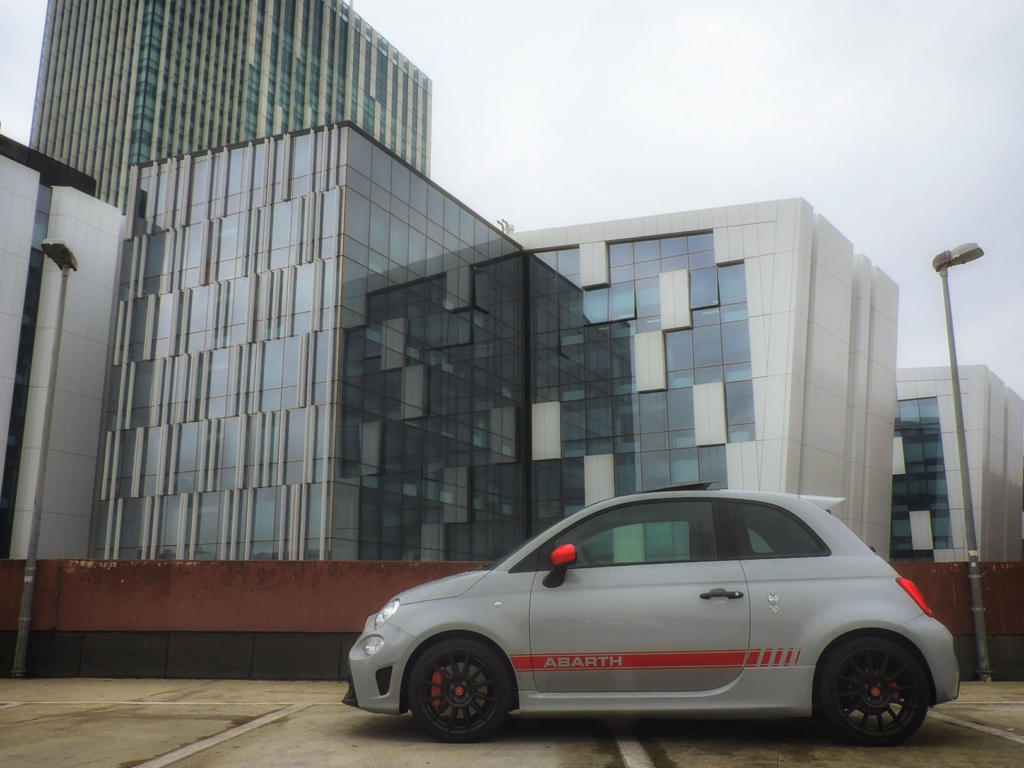 And the city is the natural habitat of the small Italian “hot hatch“, with the sprints at the start of the traffic lights and the sound of the exhaust system that make you forget the chaos of the city, making even the urban jungle trips pleasant. 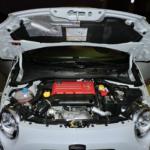 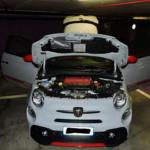 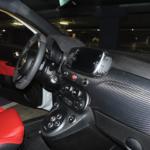 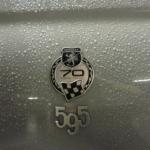 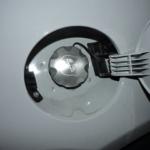 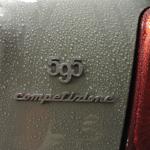 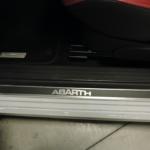 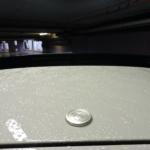 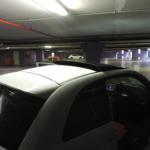 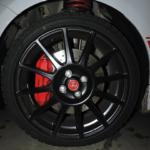 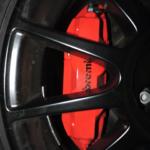 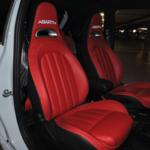 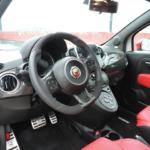 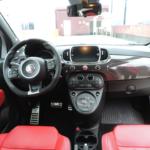 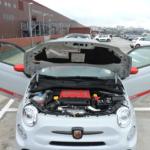 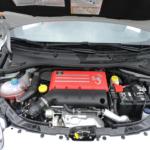