Martha Graham was born in Pittsburgh, Pennsylvania, on 11 May 1894 in a wealthy family. The dance bursts into her life relatively late, when at the age of 16, at the Mason Opera House in Los Angeles, she attends a show of the famous ballerina Ruth St. Denis.

In 1916 he joined the company Denishawn, founded by St. Denis and her husband Ted Shawn and the success is not long in coming. In 1920 he starred in “Xochital”, a ballet written specifically for her by Sahwn. Thanks to an intense and emotional performance, Martha gains the public and critical consensus.

After eight years he left Denishawn School to join the vaudeville of the Greenwich Village Follies and on April 18, 1923 made his debut in New York, dancing on compositions by Scriabin, Debussy, and Ravel.

The success achieved in the dance ensemble of the spouses Denis and Shawn allows her to devote herself, in the following years, to the experiments that will make Graham one of the greatest dancers of the twentieth century. In the big apple, in fact, it is finally free to organize and direct the choreography of his ballets.

A dance teacher at the Eastman School of Music, Martha has complete control over the organization of courses and study programs, as well as the opportunity to experiment with her best students.

In 1926, driven by the desire to spread his art, Martha Graham founded the namesake Dance Company in New York. One of the first works of the Dance Company is “Frontier” (1935), whose scenography is entrusted to the sculptor Isamu Noguchi and the music is by the composer Louis Horst, two men who will strongly influence his artistic growth.

Immediately after “Frontier”, the young dancer Erick Hawkins joins the Dance Company, which Graham married in 1948. Despite the short duration of the wedding, Hawkins will remain with the company for ten years, dancing in many of the important works.

The ’30s are for the choreographer marked by a strong creative drive, in which his art is increasingly refined, so as to revolutionize the traditional notion of ballet.

Referring to primitive myths, Graham considers the dance as the only spontaneous language, capable of communicating human emotions in all their immediacy. Through loose and convulsive movements, man can finally express himself freely, breaking the chains of a society uniquely founded on verbality.

The dance becomes a real body art that separates itself from the long academic tradition of classical ballet, which has always been subordinated to music and text. In this way the dance becomes the only artistic expression able to recover the original dimension of nature and human existence. Through dance, man can express his emotions, freeing the body from the bonds and taboos that society has generated over the centuries.

In his experiments, the Graham frees the bodies of the dancers. His choreography is aimed at rediscovering what the body can do. So the dancers are no longer forced to adapt their physiognomy to the sclerotic postures of the classical tradition, on the contrary, it is the “modern dance” to adapt to the physical conformity and characteristics of the individual dancers.

The technique developed by Graham over the years is essentially based on breathing, on the instinctive movement of the performers and on a relationship with the ground. In fact, the great American choreographer abandons the traditional pointed slipper. In his performances and his teachings, the contact of bare feet with the tables of the stage is preferred, in order to find a deeper and more immediate contact with the earth.

After the war, Graham’s theater-dance turned to the myth and to the search for emblematic characters who could express the profound motivations of human action in certain situations. In this way the dance has a cathartic function, offering the viewer a sort of inner analysis, capable of making visible the worries and sufferings arising from the Second World War.

In this light, many critics consider Graham’s masterpiece “Seraphic Dialogue” (1955). It is a powerful ballet, able to represent the complicated story of Giovanna D’Arco through the movement of the body.

Martha Graham dances until the age of 76 and as stated in her official biography “Bloody Memory”: “The last time I danced was in the Cortege of Eagles […] I had not planned to stop on that occasion. But it was a terrible decision that I had to make. ”

In the ’60s and’ 70s he continued to choreograph ballets (in 1973 they were “Lucifer” and “The Scarlet Letter” composed for Rudolf Nureyev and Margpot Fonteyn), but they are mostly dark years, marked by depression and alcohol abuse. 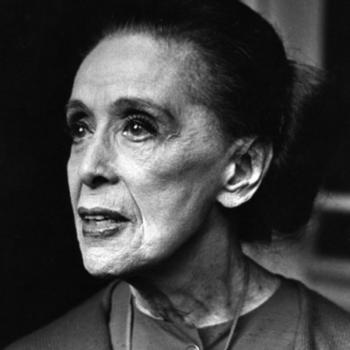 In 1984 he received the Legion of Honor from the French government.

He died on April 1, 1991, while he was working on a ballet for the Giochosthe Barcelona Olympic team.

NOTE: THIS BIOGRAPHY IS NOT AN ORIGINAL TEXT BUT IT IS TRANSLATED FROM THE SITE https://biografieonline.it/biografia-martha-graham 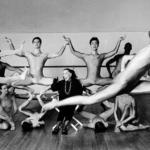 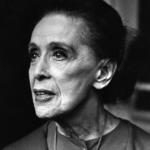 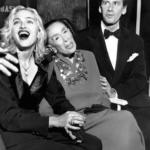 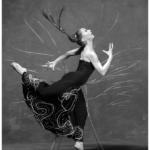 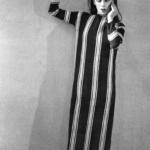 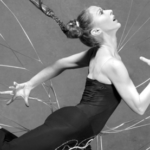 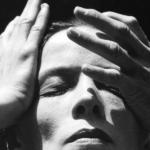 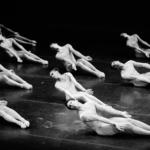 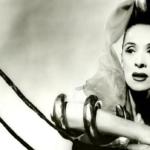