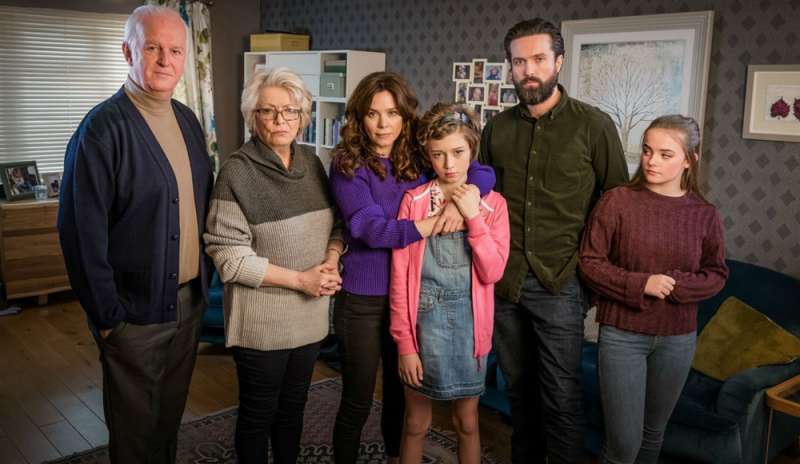 Finally, in Italy too, she arrives on TV on Fox, “Butterfly”, the first transgender-themed television series! The series of English origin, created by Tony Marchant and the director Anthony Byrneha and who conquered England with high ratings!

The series tells, with unheard-of courage, and in an absolutely realistic way, the difficulties of a common family, to face the problems of a child who finds himself “imprisoned” in a body that does not belong to him!

Max is the transgender child, protagonist of the TV series, who wants to change sex and become Maxine.Absolutely moving and at the same time cruel is the scene of Max’s first day of school … where he is forced to pee on him!where the character himself, in a dialogue with his mother, says: “I can not go to the girls’ baths but not to the men’s ones. I do not feel comfortable”…From this unique and masterly scene of the film, every person thinking and with a human heart, should stop for a moment to reflect before pointing the finger and judge!

Undoubtedly “Butterfly” is a film that induces us to think, it’s a film that will do good to a Catholic society and retrograde like ours!the time has come to put man at the center of life, with all his needs and with the aim of reaching his happiness at the same cost! Abandoning prejudices and cultural psychoses, caused by reminiscences of religious origins, which unfortunately still characterize the majority of Italian families!The producers stated that: “Butterfly should help to improve the understanding of the transgender condition, even if it will not contribute to a definitive acceptance of their condition”.

www.maximodemarco.com
One comment to “Arrives on Fox Italia Butterfly, the series on transgender!”